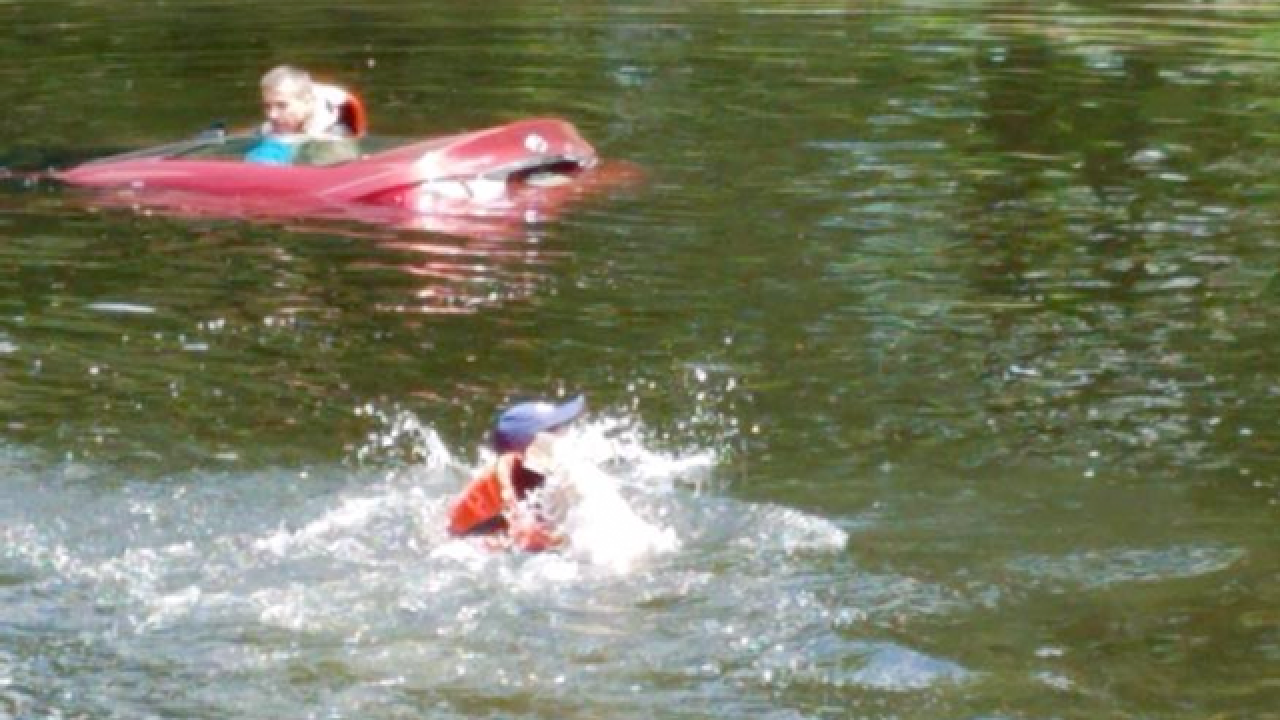 &lt;p&gt;Clearwater first responders save a 91-year-old man from a sinking car after it crashed into a pond.&lt;/p&gt;

Crews with Clearwater Fire and Rescue pulled a 91-year-old man out of a sinking car after it crashed into a pond on Friday.

The Pinellas County Sheriff's Office is investigating the crash.

The man was taken to the hospital in stable condition.

Two firefighters were first on scene and immediately jumped into the water and saved the man from the car where he was trapped.

Fire Medic Paul Sudduth and Fire Medic Andrew Sullivan were the two crew members who pulled the man from the sinking car, saving his life.