'I hope that it will work,' geneticist says 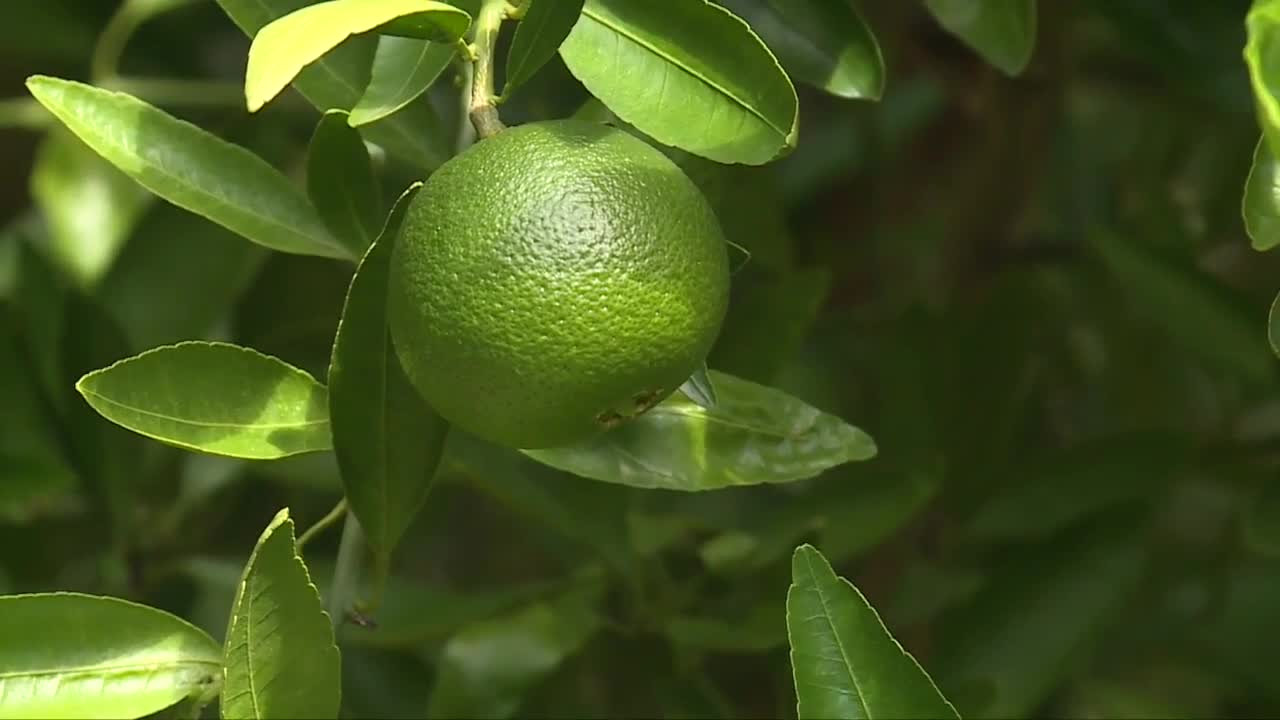 Citrus greening has killed off countless groves in Florida, but researchers in California say a recent discovery could improve the situation.

TALLAHASSEE, Fla. — Andy Jackson is on the frontlines of Florida's citrus greening battle. His grove in Perry is 25 acres, hosting about a dozen different types of trees with varying resistance.

"When a tree gets greening, it's a death sentence," Jackson said. "It's like having clotted arteries -- eventually, you're going to die."

Among other deterrents, he has traps set up along rows scanning for signs of bugs carrying the greening bacteria. Unfortunately, even the best methods aren't a guarantee these days.

"We did find some greening in the grove," Jackson said. "We couldn't believe it."

When that happens, tree removal is typical, leading some farmers to chop down large swaths of their grove. Others have just given up, choosing to plant a different crop. Both have led to massive reductions in Florida's production of citrus.

Jackson's outbreak led to the removal of dozens of trees. He has since bounced back and is expecting a bountiful season. Though, next time his grove might not be as lucky.

The good news is that geneticists at the University of California-Riverside think they may have found a citrus greening "cure."

Geneticist Hailing Jin spent five years looking at Australian finger limes. The fruits are naturally tolerant of greening. From them, she was able to isolate a bacteria-killing peptide that can be both a treatment and vaccine for citrus trees.

"Using both an injection method and spray method," Jin said. "They're all working."

While a lot more testing is needed, especially in Florida, current data shows the treatment is more tolerant of heat than others. The peptide is also easy to make compared to others. Researchers believe its likely safe for humans as well— given that scientists derived the peptide from an already edible fruit.

"I've received tons of emails from Florida growers, scientists, and company," Jin said. "I hope that it will work."

It may be a while before the peptide is widely available. Jin says COVID-19 has slowed down further testing. The professor says, however, she's already working with a private company to speed up production once the treatment gets regulatory approval.

Once complete, the new method could be just what the doctor ordered for Jackson. He's optimistic more help is coming in his fight.

"You've got to be optimistic," Jackson said. "If you weren't, you'd never do this."