What's next for sick passengers on Holland America cruise ship at Port Everglades?

Passengers will be escorted to airport for charter flights; Florida residents will get private rides home 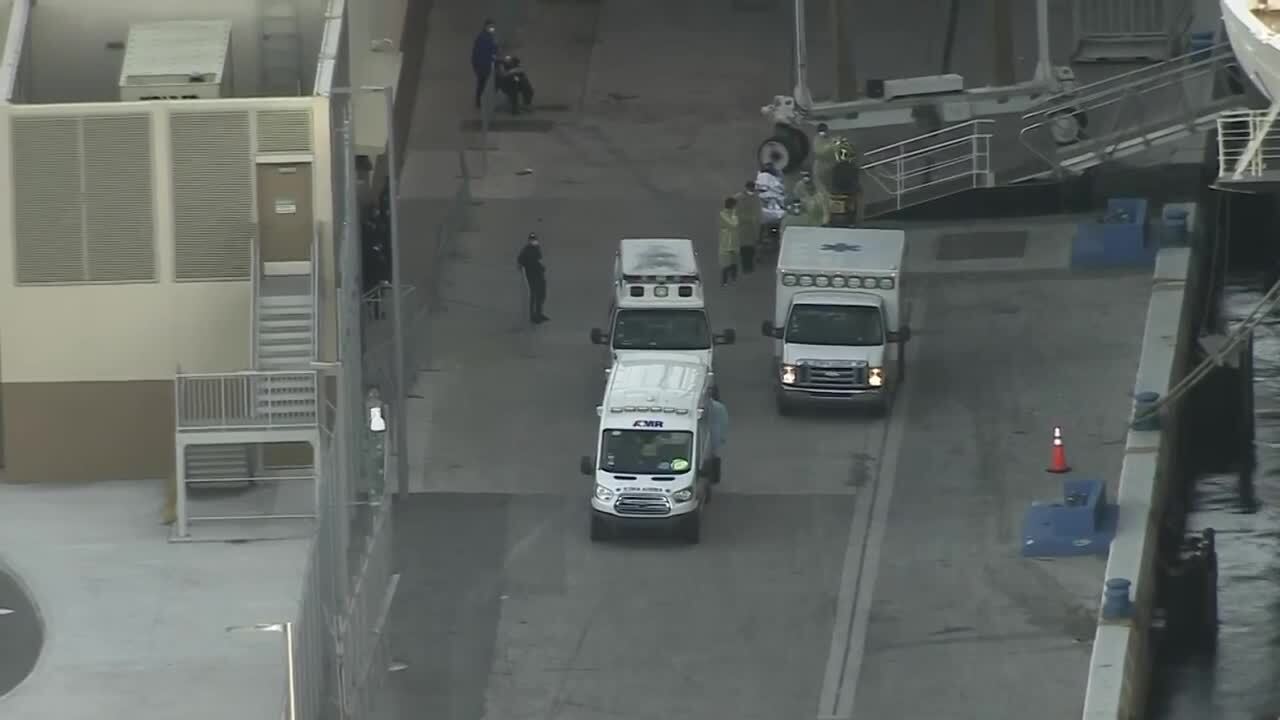 Courtesy of WTVJ
A sick passenger on the Holland America cruise ship the Zaandam is placed into the back of an ambulance after arriving at Port Everglades, April 2, 2020, in Fort Lauderdale, Florida.

FORT LAUDERDALE, Fla. — A Holland America cruise ship that had at least two passengers die of coronavirus and others sickened while barred from South American ports has finally docked in South Florida.

The Zaandam and a sister ship sent to help it, the Rotterdam, were given permission to unload passengers Thursday at Port Everglades after days of negotiations with officials who feared it would divert resources from a region at the epicenter of the coronavirus crisis in Florida.

An agreement was eventually reached between Broward County, state, federal officials and Holland America Line, allowing the two cruise ships to dock in the county with the second-most number of confirmed coronavirus cases in Florida.

The Zaandam left Buenos Aires, Argentina, on March 7 and was originally scheduled to arrive in Santiago, Chile, on March 21. However, the ship was denied entry at several ports along its South American cruise route, leaving passengers stranded at sea.

Four people, including two who had coronavirus, died and more than 100 people experienced flu-like symptoms during the cruise. As a result, guests had not left the ship since March 14 and had been self-isolating in their cabins since March 22, Holland America said.

A group of healthy guests were later transferred to the Rotterdam.

Now that the ships have arrived, guests are being screened and cleared for entry by U.S. Customs and Border Protection. Disembarkation is expected to be completed by Friday evening.

According to Holland America, those guests who are fit to travel will transfer straight from the ships onto buses bound for Fort Lauderdale-Hollywood International Airport. Holland America said the majority will return home on charter flights.

As for the guests still showing symptoms, they will remain on board and disembark at a later date to be determined after they meet the Centers for Disease Control and Prevention guidelines for travel. Holland America said the sick guests will be in the care of the ships' medical staffs.

Holland America said no crew members from either ship will disembark in Fort Lauderdale.