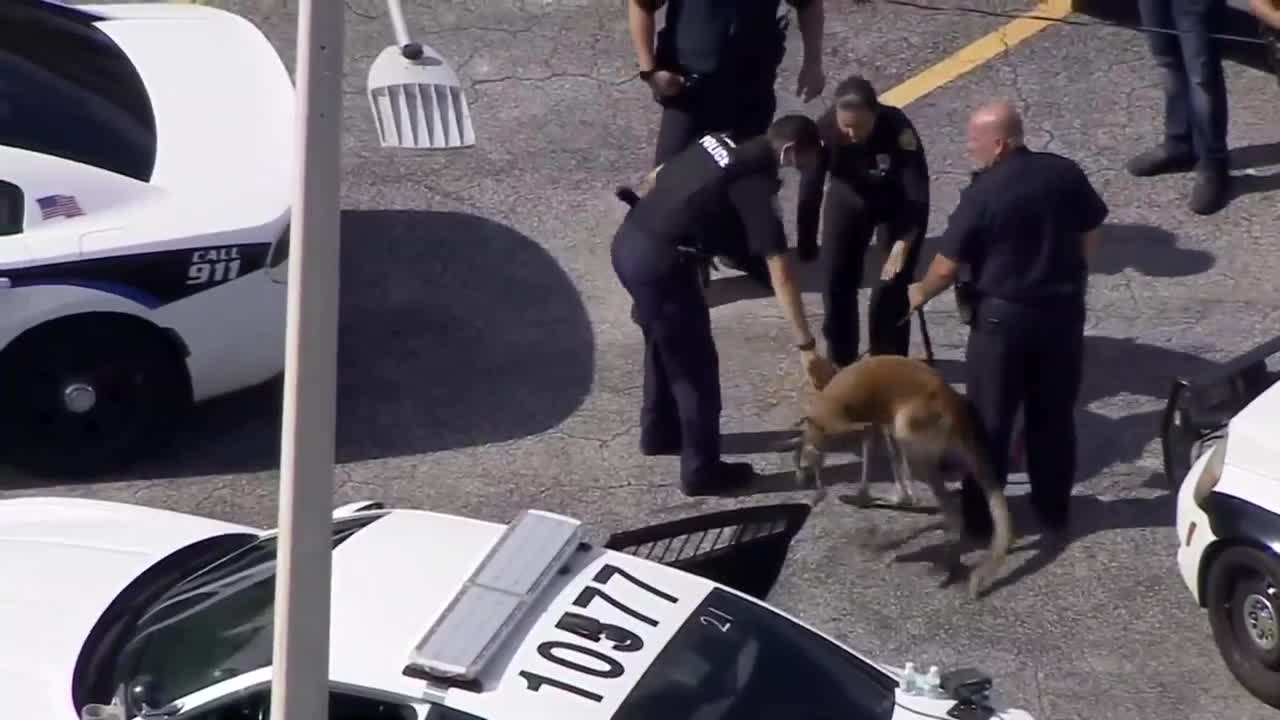 A kangaroo on the loose in Fort Lauderdale is apprehended by police.

FORT LAUDERDALE, Fla. — Police apprehended a kangaroo that was on the loose Thursday morning in Fort Lauderdale.

Fort Lauderdale police officers arrived and, with the help of wildlife officers, were able to leash the kangaroo and guide the animal into the back of a police cruiser.

It was not immediately known how the kangaroo made its way to Fort Lauderdale, but the marsupial avoided a trip to the slammer. Instead, the Australian tourist was taken to the South Florida Wildlife Center.

Who caught a glimpse of #FLPD’s newest mate hoping through our community this morning?

Officers in District 2 worked together to safely capture this kangaroo and turn it over to the South Florida Wildlife Center. pic.twitter.com/y4rZ5QQApS