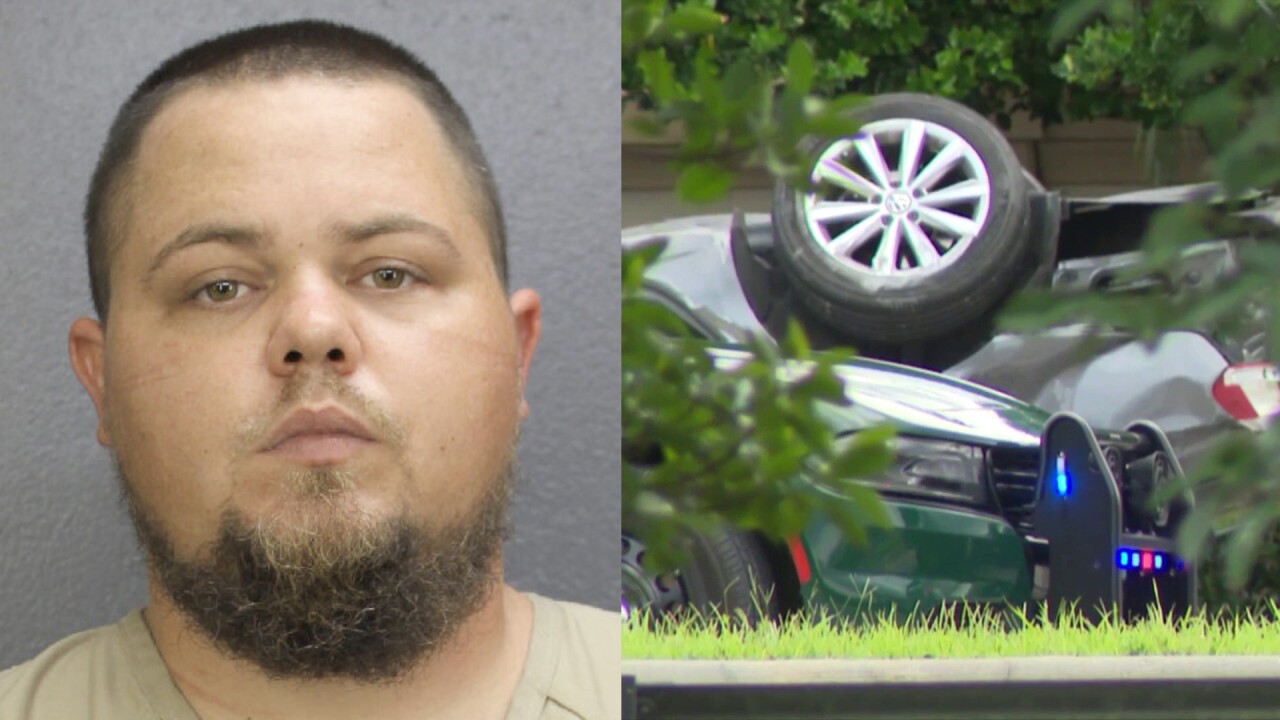 Broward Sheriff's Office/WPLG
Daniel Chamblin faces vehicular homicide and other charges in connection with a crash that killed Miami-Dade police Capt. Tyrone White, who was the father of New England Patriots running back James White.

COOPER CITY, Fla. — Detectives have arrested a man in connection with a crash that claimed the life of a Miami-Dade police captain who was the father of New England Patriots running back James White.

Detectives said Chamblin was driving east on Griffin Road last month when his Subaru WRX slammed into the passenger side of a Volkswagen Passat near Southwest 118th Avenue in Cooper City.

Chamblin's Subaru struck a traffic control box and came to a rest in a grassy swale, while the Passat struck a curb and overturned before coming to a rest on its roof on the sidewalk.

Tyrone White, an off-duty Miami-Dade police captain who was in the passenger seat of the Passat, died at the scene. His wife, Lisa White, was taken to Memorial Regional Hospital in critical condition.

Sgt. Donald Prichard said Lisa White has since been released and is recovering at home.

Chamblin, who was also injured in the crash, turned himself in Thursday.

Tyrone White was the father of James White, a fourth-round draft pick of the Patriots in 2014.

The 28-year-old running back graduated from St. Thomas Aquinas High School in Fort Lauderdale and later went on to play for the Wisconsin Badgers.