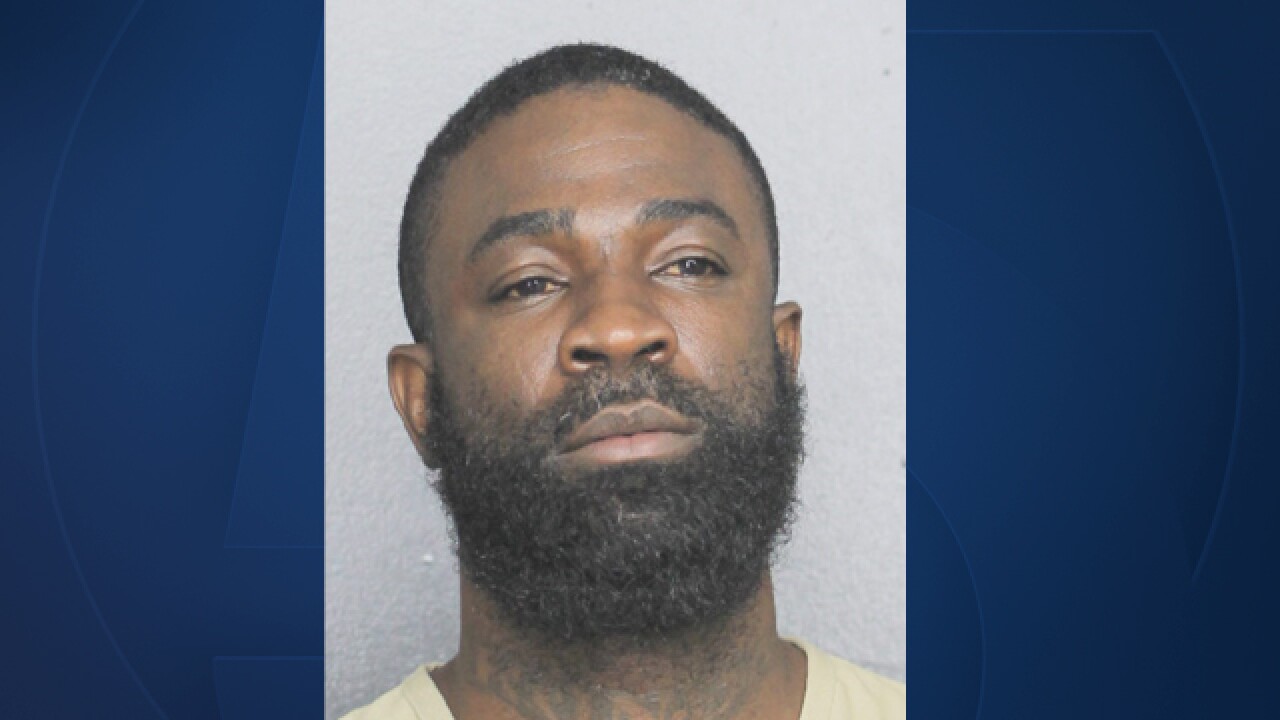 Broward Sheriff's Office deputies said Simmons followed his ex-girlfriend from a KFC restaurant on Sunrise Boulevard before shooting at her car.

Detectives said the woman tried to get away, but Simmons followed the car into a parking lot near Marshalls on Broward Boulevard, where he fired two more shots, one of which wounded her son.

BSO spokeswoman Miranda Grossman said the young victim's surgery was successful, but it's not known what physical limitations he has suffered.

Simmons faces several charges, including aggravated battery with a deadly weapon and shooting into a dwelling or vehicle.

Grossman said Simmons is a nine-time felon. He was being held without bond at the main Broward County jail.