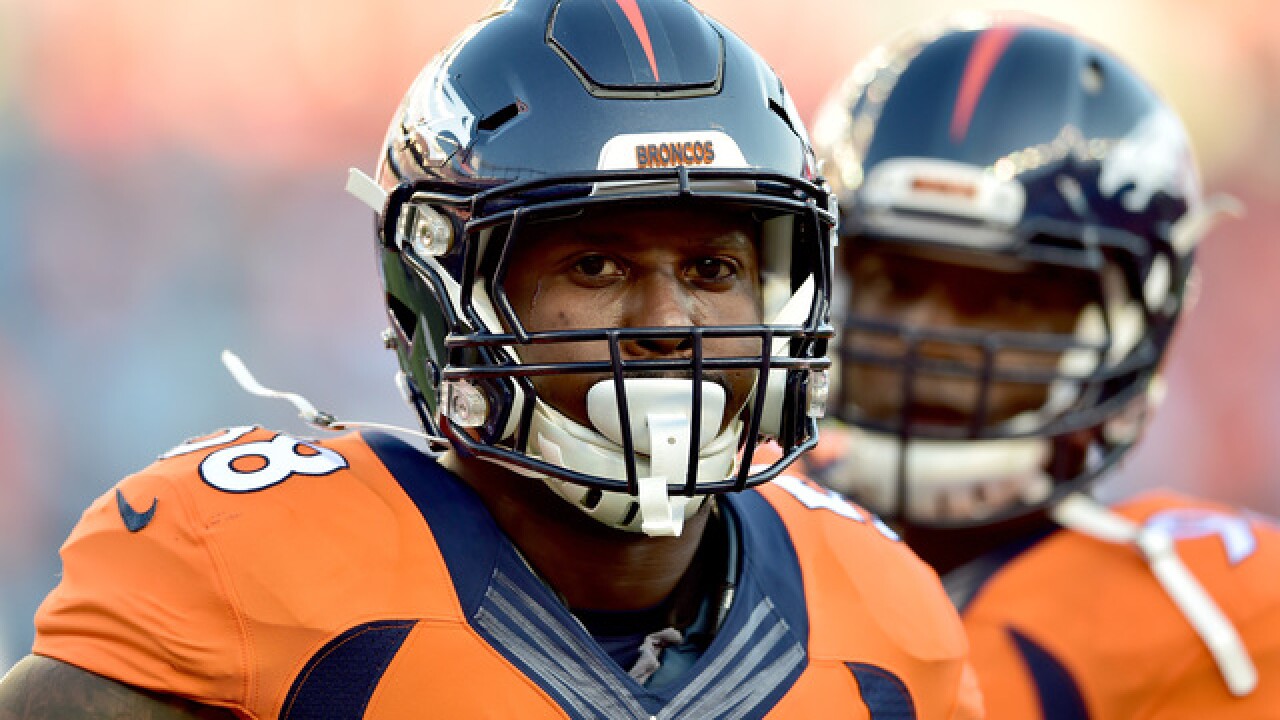 &lt;p&gt;DENVER, CO - SEPTEMBER 08: Outside linebacker Von Miller #58 of the Denver Broncos looks on before taking on the Carolina Panthers at Sports Authority Field at Mile High on September 8, 2016 in Denver, Colorado. (Photo by Dustin Bradford/Getty Images)&lt;/p&gt;

DENVER (AP) — Broncos linebacker Von Miller is potentially in hot water after a social media post in which he poses with a bloody hammerhead shark that was caught on a fishing expedition near Miami.

The Florida Fish and Wildlife Conservation Commission has received the images and video from the trip and is "looking into whether or not a violation occurred in this incident," said Carol Lyn Parrish, the commission's public information coordinator. No further details were available.

There's video of the group trying to put the shark back in the water. The harvesting of hammerhead sharks is a second-degree misdemeanor in Florida. It's punishable by up to a $500 fine and 60 days in jail, as determined by a judge.

Miller's agent couldn't be reached for comment Wednesday on the investigation.