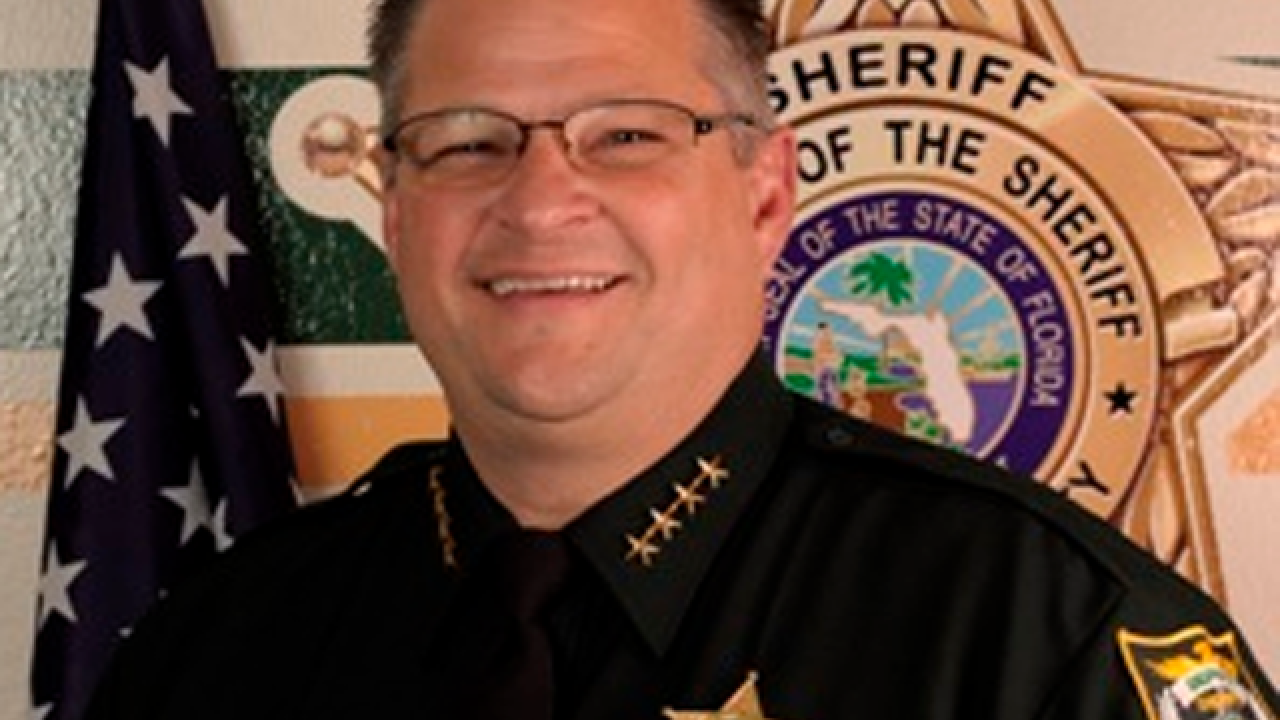 Sheriff Wayne Ivey of Brevard County is making a big request of residents in the wake of recent terrorist attacks and mass shootings in the United States.

The sheriff posted a video on Facebook that's been shared tens of thousands of times, and it is getting a lot of views.

In it, he says, "Like each of you, I've had enough of terrorists and others targeting U.S. citizens because they want to make a statement."

Sheriff Ivey continues to say, "If a terrorist or active shooter scenario can happen in California, Texas, South Carolina or Paris... It can happen here."

The video from Brevard's sheriff is six minutes long.

He continues to say, "Now, more than ever before, is the time for law enforcement and our citizens to be fully prepared for an attack or an active shooter scenario with the right tools to eliminate or disrupt the attack. It is time to stop reacting-- and instead-- proactively engage anyone who threatens harm through terrorism or mass killings."

He then makes a request of those watching the video.

"The only thing that stops a bad guy with a gun is a good guy with a gun. If you are a person that is legally licensed to carry a firearm, now is the time--more than ever--that you may be the first line of defense for you and others around you in an active shooter based scenario," sheriff Ivey says.

Sheriff William Snyder says he agrees with what Ivey had to say.

"I think what we're seeing in America today is that people are fully aware that terrorism is here," Sheriff Snyder says.

He says laws in Florida would most likely protect a person if they decided to carry a weapon and had to use it during an attack.

"If a person legally can carry a firearm and carry it concealed and be out in public, I would say they would be in a lot safer position if there was a terrorist attack," Snyder says.

He's a bit more hesitant about pushing the sheriff's message.

"It's real easy to give a knee jerk response to someone-- to say go arm yourself. Or don't. You need to have a conversation with people that you know-- be knowledgeable. Be trained. Understand the implications of whatever you decide," the chief says.

He says you need to do your research if you decide to buy a weapon.

He says it's crucial you're trained on the weapon, as well, if you decide to purchase one.

He's the owner of Gun and Range Training in West Palm Beach.

He says his store has seen gun sales continue to climb.

"It's sad to say, but society is coming to the point where it's time to address the active shooter as a possibility and have a plan for it as well," Alex says.

He urges business owners to consider allowing employees to bring their guns into the workplace.

"I'm sure a lot of people have them in their cars. But having it in your car does you no good if you're in a seven story office building," he says.

He says training is crucial for someone who owns a gun.

He says if you're faced with an active shooter situation, your first reaction is to panic.

You need to know how to handle those emotions if you're involved in this type of situation, he says.

He also says that American culture needs to be more accepting of guns.

"If an evil person wants to do something-- it's not about the gun, it's about the evil intent," he says.

ENOUGH IS ENOUGH!! IT'S TIME TO SAY WHAT NEEDS TO BE SAID TO PROTECT OUR CITIZENS!!