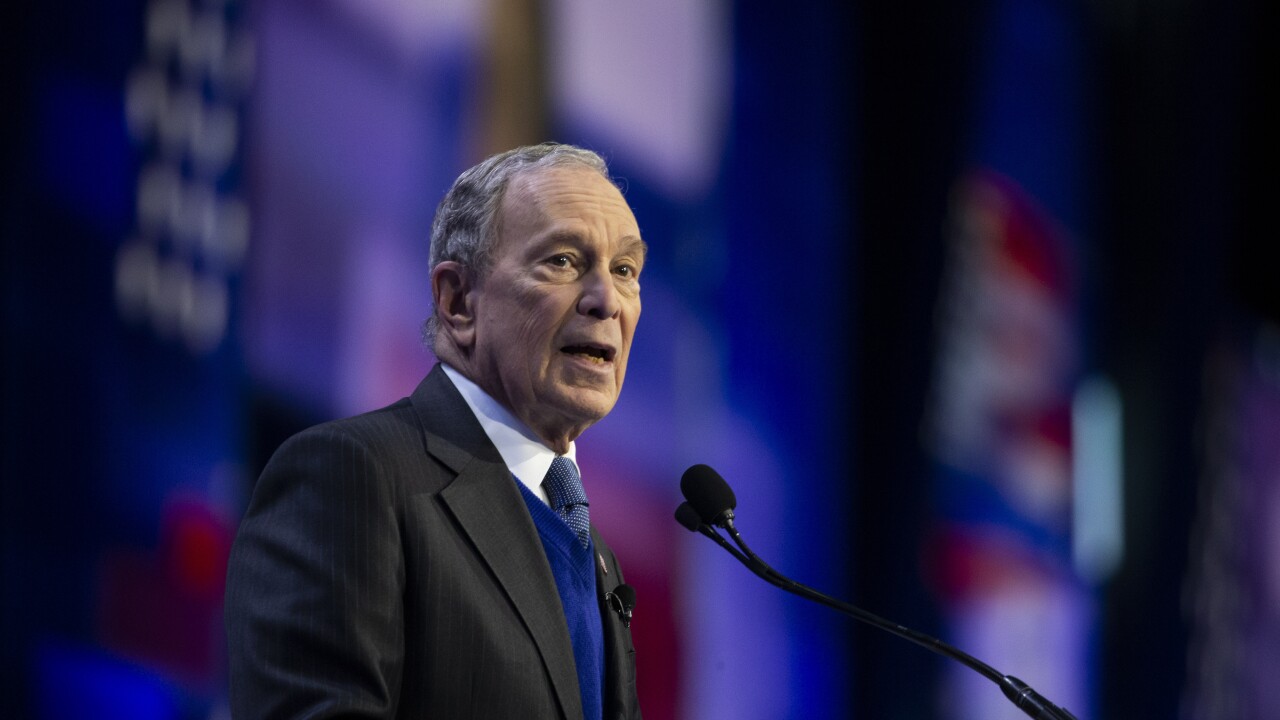 TALLAHASSEE, Fla. — Just days after after Florida Gov. Ron DeSantis won a court victory to keep felons from voting until they've paid off fines, restitution and court fees, Democratic billionaire and former presidential candidate Michael Bloomberg has stepped in to help them pay off the debts.

Bloomberg is part of an effort that raised more than $20 million dollars to help felons who have completed their prison sentences vote in the presidential election. That's in addition to the $100 million he has pledged to help Joe Biden win Florida, a crucial state with 29 electoral college votes that President Donald Trump's hopes will keep him in the White House.

A federal appellate court ruled on Sept. 11 that in addition to serving their sentences, Florida felons must pay all fines, restitution and legal fees before they can regain their right to vote. The case could have broad implications for the November elections.

Under Amendment 4, which Florida voters passed overwhelmingly in 2018, felons who have completed their sentences would have voting rights restored. Republican lawmakers then moved to define what it means to complete a sentence.

In addition to prison time served, lawmakers directed that all legal financial obligations, including unpaid fines and restitution, would also have to be settled before a felon could be eligible to vote.

With Bloomberg's help, the Florida Rights Restitution Council is trying to get this accomplished. The group had raised about $5 million before Bloomberg made calls to raise almost $17 million more, according to Bloomberg advisers who weren't authorized to speak on the record because the announcement hadn't been made yet.

The money is targeted for felons who registered to vote while the law was in question and who owe $1,500 or less. That accounts for about 31,100 people, Bloomberg advisers say. In a state that decided the 2000 presidential election by 537 votes, that could be critical in a year when polls show Trump and former Vice President Joe Biden in a dead heat.

Organizers for the group say they aren't targeting people registered with a particular political party.

“To hell with politics, to hell with any other implications or inuations, at the end of the day it's about real people, real lives, American citizens who want to be a part of this,” said Desmond Meade, the group's executive director. “People with felony convictions have had their voices silenced for so long.”