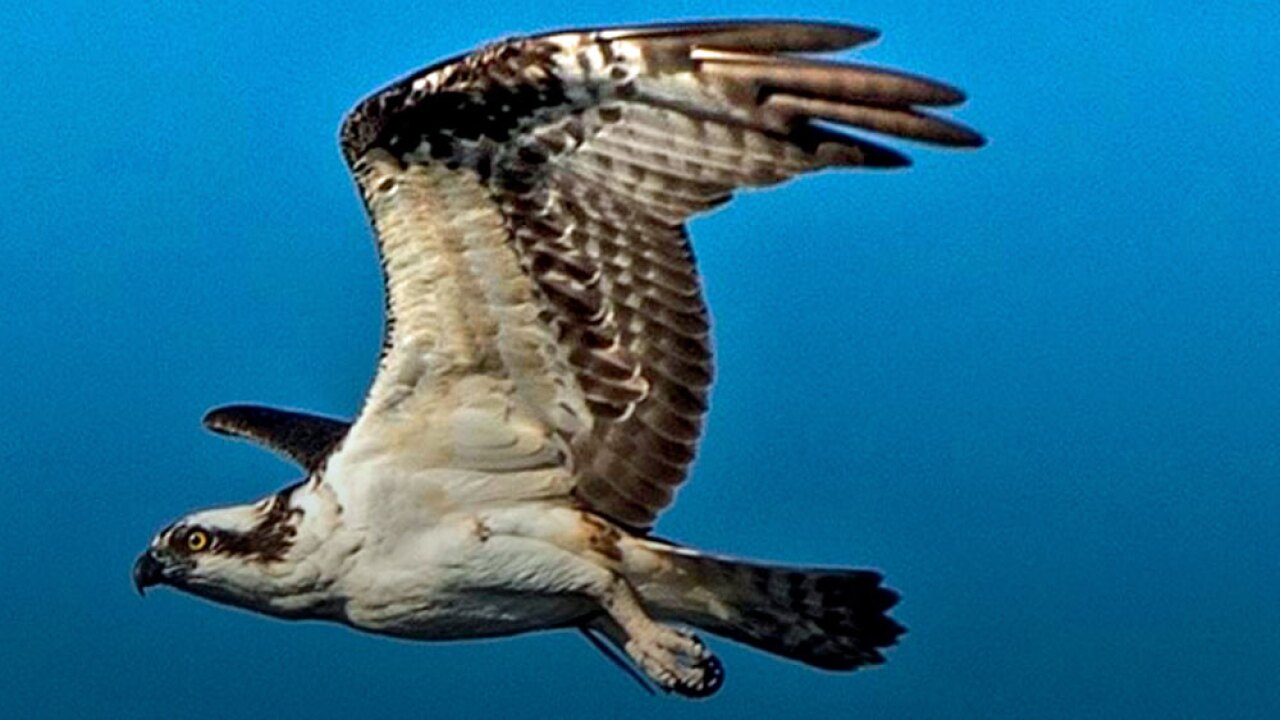 FWC
File photo of an Osprey from FWC

JACKSONVILLE, Fla. (AP) — It wasn't a pop-fly that landed in shallow right field during the eighth inning of a college baseball game.

It was a dead fish.

A moment to be marked in baseball history forever!

An Osprey with a fish in his claws, was threatened by a pursuing bald eagle, causing the osprey to drop the fish behind second base. The fish was recovered by a Dolphin and removed from the field.pic.twitter.com/KF1F5N3GBV

A video shared by NCAA baseball on Twitter shows a Dolphins staffer removing the fish in a towel as the bald eagle circles overhead.

The Dolphins went on to beat the visiting Gamecocks, 5 to 2.