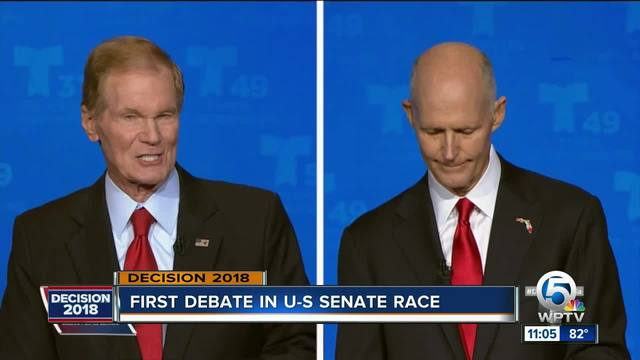 Sen. Bill Nelson and Gov. Rick Scott clashed on everything from gun control to the economy and even the Supreme Court nomination of Brett Kavanaugh during their first Senate debate hosted by Telemundo 51 Tuesday. 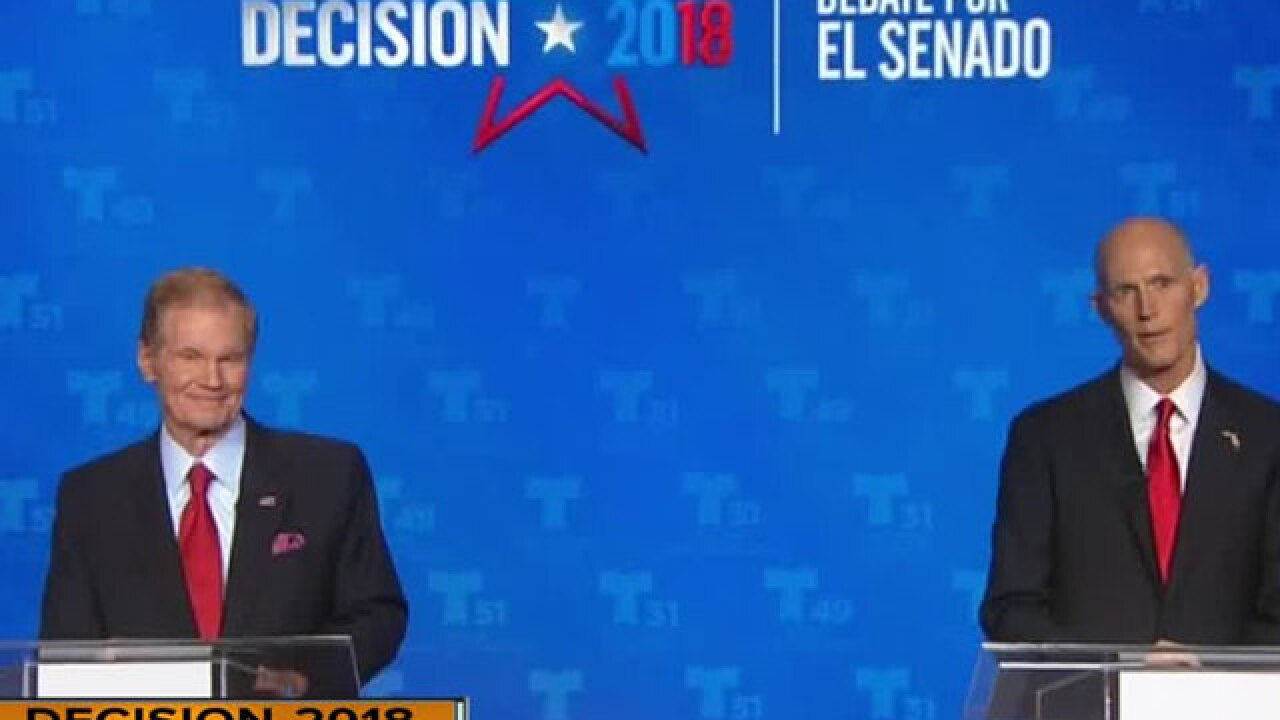 Sen. Bill Nelson and Gov. Rick Scott clashed on everything from gun control to the economy and even the Supreme Court nomination of Brett Kavanaugh during their first Senate debate hosted by Telemundo 51 Tuesday.

The exclusive debate will air at 7 p.m. Tuesday in Spanish on Telemundo 51 and online on Telemundo51.com, and in English on NBC6.com. The debate is the only one between the Democrat Nelson and the Republican Scott that will air in Spanish-language. Telemundo 51 senior political reporter Marilys Llanos and NBC 6 senior news anchor Jackie Nespral served as moderators.

"The judge in his response, there was just not the temperament that is needed of what you want to put someone on the highest court in the land," Nelson said.

"The way the U.S. Senate has handled this is a circus, it's more like a Jerry Springer show," Scott said. "Sen. Nelson is a partisan politician, that all he does is attack Republicans and defend Democrats."

"You know governor, you just can't tell the truth. Everything that you have said here, and that's why newspapers in this state are on to you, that's why they say you're a walking conflict of interest," Nelson responded.

Throughout the debate, Scott claimed Nelson did little during his decades in office. Nelson said Scott was lying about his positions on a number of issues.

Both Nelson and Scott immediately went on the attack over the first question about immigration. Nelson said he wants comprehensive immigration reform, and claimed Scott wanted to bring an Arizona immigration law that was later deemed unconstitutional to Florida. Scott claimed Nelson wants open borders and has done nothing on immigration during his time in the Senate.

"My opponent had been up there for over 42 years, he had time to do this and he never got anything done," Scott said.

On jobs and the economy, Scott said Nelson supports higher taxes and more regulation that he said "kills the economy." Nelson said he would like to raise Florida's minimum wage to at least $12, if not $15.

On environmental issues, Scott said he has directed the state to spend millions on Florida's recent red tide issues while Nelson hasn't received federal funding for algae bloom problems. Nelson claimed Scott has drained funding from environmental agencies during his time as governor, leading to more pollution in the water supply.

Scott is challenging the incumbent Nelson for his Senate seat in November. The most recent NBC News/Marist poll had Nelson leading Scott 48-45 percent among likely voters, with six percent undecided.

Many questions from the moderators dealt with Cuba relations, the situation in Venezuela and repression in Nicaragua. Both Scott and Nelson sought to underscore their support for helping Puerto Rico recover from Hurricane Maria, with Nelson noting that he was just endorsed Monday by the island's governor, Ricardo Rossello.

Both campaigns have strongly courted Puerto Ricans, an important voting bloc in Florida.

Scott noted that he has visited Puerto Rico eight times since the storm and has taken numerous steps to help, including dispatching National Guard troops, making it easier for Puerto Ricans in Florida to register for school and providing them an in-state tuition waiver for college.

"It was never about politics, it was about helping our fellow citizens," Scott said.

Nelson, however, said the administration of President Donald Trump "has treated Puerto Rico and its people as second class citizens." The administration's response to the hurricane, he added "has been terrible and everybody knows that."

The two also differed on the Affordable Care Act, which Nelson wants to keep and strengthen, but Scott calls deeply flawed and costly.

Story courtesy of our news partner at NBC Miami.