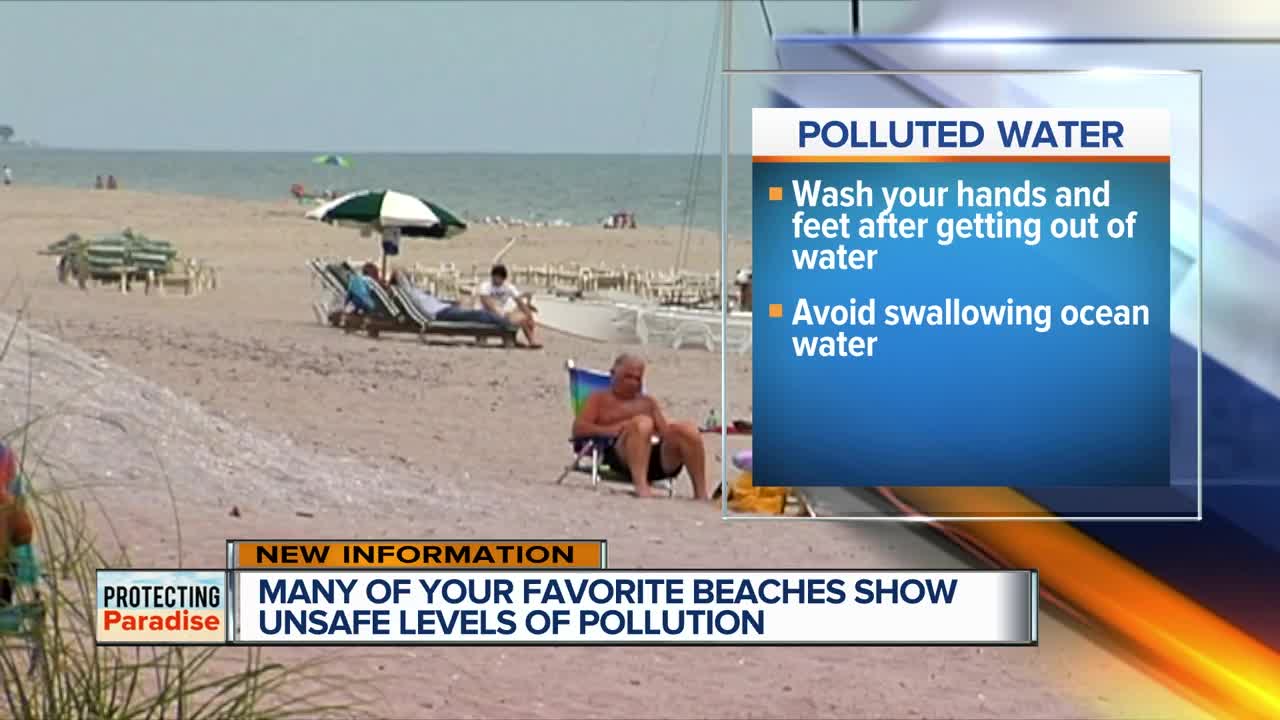 Last year, nearly 60% of 4,523 beaches tested across the United States demonstrated unsafe water pollution levels on at least one day 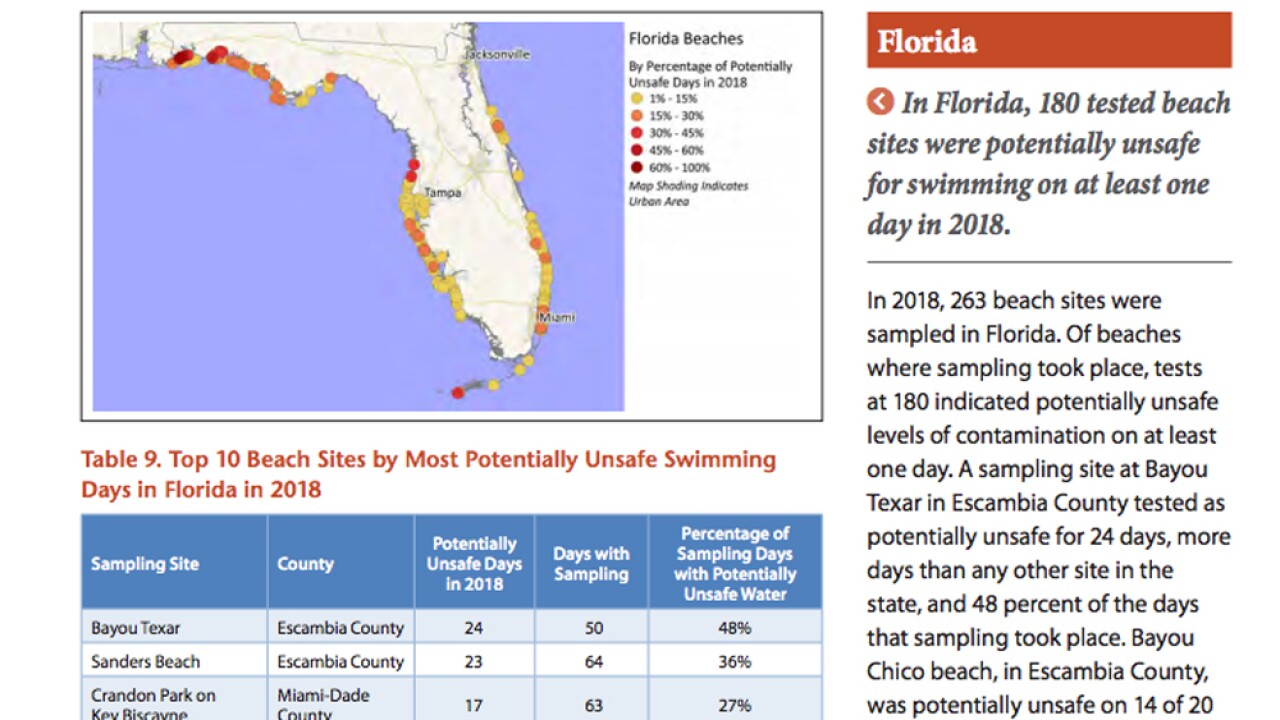 (CNN) -- Before you head to the beach this summer, you might want to double-check the water conditions.

Last year, nearly 60% of 4,523 beaches tested across the United States demonstrated unsafe water pollution levels on at least one day, according to a report released Tuesday by the nonprofits Environment America Research & Policy Center and Frontier Group.

These 2,620 beaches had bacteria levels that exceeded the US Environmental Protection Agency's "Beach Action Value" threshold, which it recommends states use to provide an early alert to beachgoers who may be particularly sensitive to contaminants.

On the higher end of the scale in the new report, Inner Cabrillo Beach in Los Angeles County had 85 potentially unsafe days out of 175 days sampled. By contrast, Bethany Beach in Delaware's Sussex County tested potentially unsafe on one of 33 sampled days.

It warned that sewage and fecal contamination of swimming areas pose a public health threat. Humans who come into contact with it can develop gastrointestinal illness, respiratory disease, infections and skin rashes, the report said.

Sources of pollution at beaches include urban runoff, sewage overflow and failing septic systems, and concentrated livestock manure, according to the report.

The number of reported recreational water illnesses has steadily increased over the past few decades, the US Centers for Disease Control and Prevention says. About 90 million illnesses occur from water recreation events annually, according to a 2018 study published in the journal Environmental Health.

"Swimming at the beach is a prime summertime joy for millions of Americans, but clearly we have more work to do to make sure water at all our beaches is safe," John Rumpler, director of Environment America's Clean Water Program, said in a news release. "We must invest in water infrastructure that prevents pollution to ensure that America's waterways are safe for swimming."

Staying safe at the beach

"When it gets hot, it gets easy for bacteria to grow in the ocean," said Dr. Alison Huffstetler, a physician at the Georgetown University School of Medicine.

However, most bacteria dissipate quickly, she said.

"There has to be a lot of contamination to have a real impact on people going to the beach," she said. "There's absolutely bacteria in the water every time you get in."

Huffstetler recommends taking general precautions like washing hands and feet after getting out of the water and avoiding swallowing ocean water.

The EPA also suggests that beachgoers avoid swimming at beaches where they can see discharge pipes or at urban beaches after a heavy rainfall.