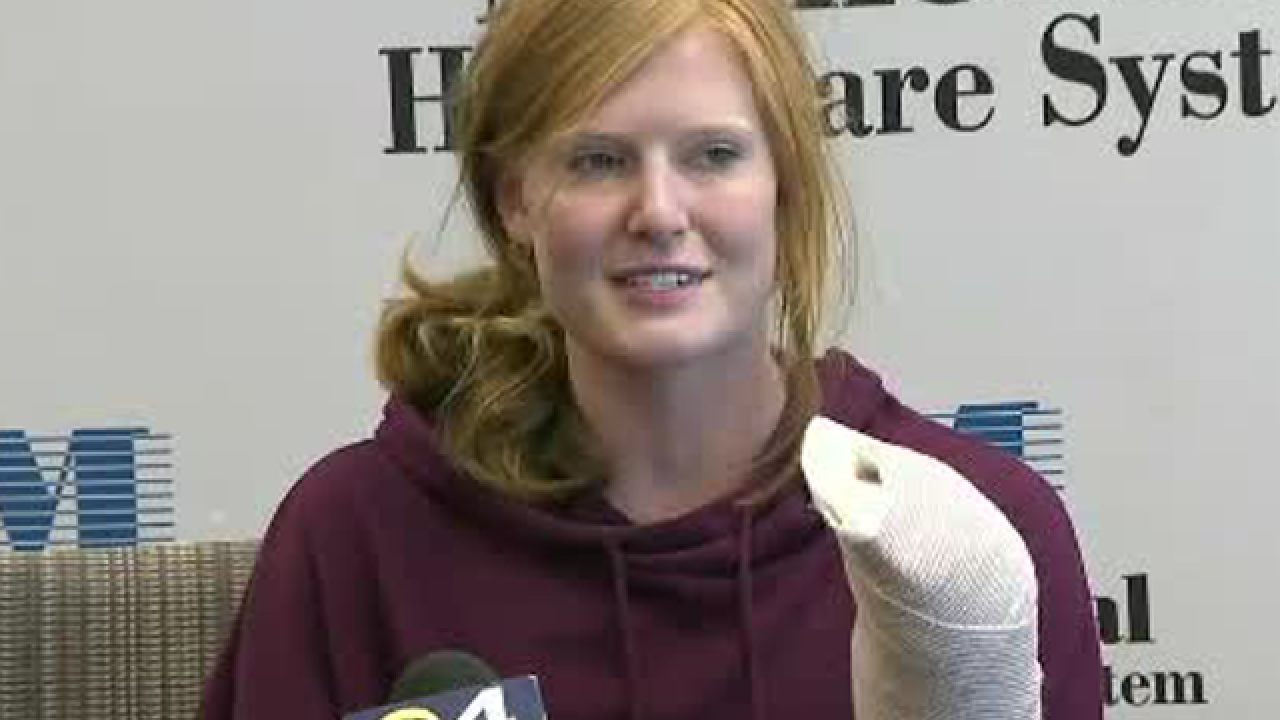 HOLLYWOOD, Fla.--- Just 48 hours after she was bitten by a shark Maggie Ewing is speaking about the horrifying experience.  "I know sharks aren't really going for me. He was totally going for the fish. It was my mistake, but, nonetheless, he got me."

Maggie and her boyfriend, Jaron Dorfman, were spearfishing in the Bahamas on Sunday in a spot they had been to dozens of times before.

"I think anyone who dives or spearfishes knows there's an inherent risk," she said.

Both of them are experienced divers. So, when Maggie speared a hogfish she knew to look around for nearby predators that might be looking to snag her catch. "I actually turned around to see if any sharks were coming before going up and I felt the pain instantly and a shark had come over this shoulder and was sort of latched onto my hand."

Eventually, the blacktip shark let go and she ascended to the boat. She was bleeding and in a lot of pain.

"And, I thought she was going to bleed out. She was turning pale, and I was losing it," Dorfman said.

Maggie was rushed to land where she was met by rescue crews and soon after was airlifted to Fort Lauderdale and then brought to Memorial Regional for surgery.

"The index, long, ring and small fingers were all involved and had traumatic lacerations, said her surgeon Dr. Yim Kan Hwee.

In an X-ray, you can see a shark tooth still lodged in her finger.

Fortunately, doctors were able to save her hand and fingers. Maggie says this won't scare her from going back to the Bahamas. "It's one of my favorite things to do. I mean, it happened, I'll deal with it and I'll get back into the water."