A baby manatee was saved from possibly choking on a piece of trash, thanks to one concerned canoer. 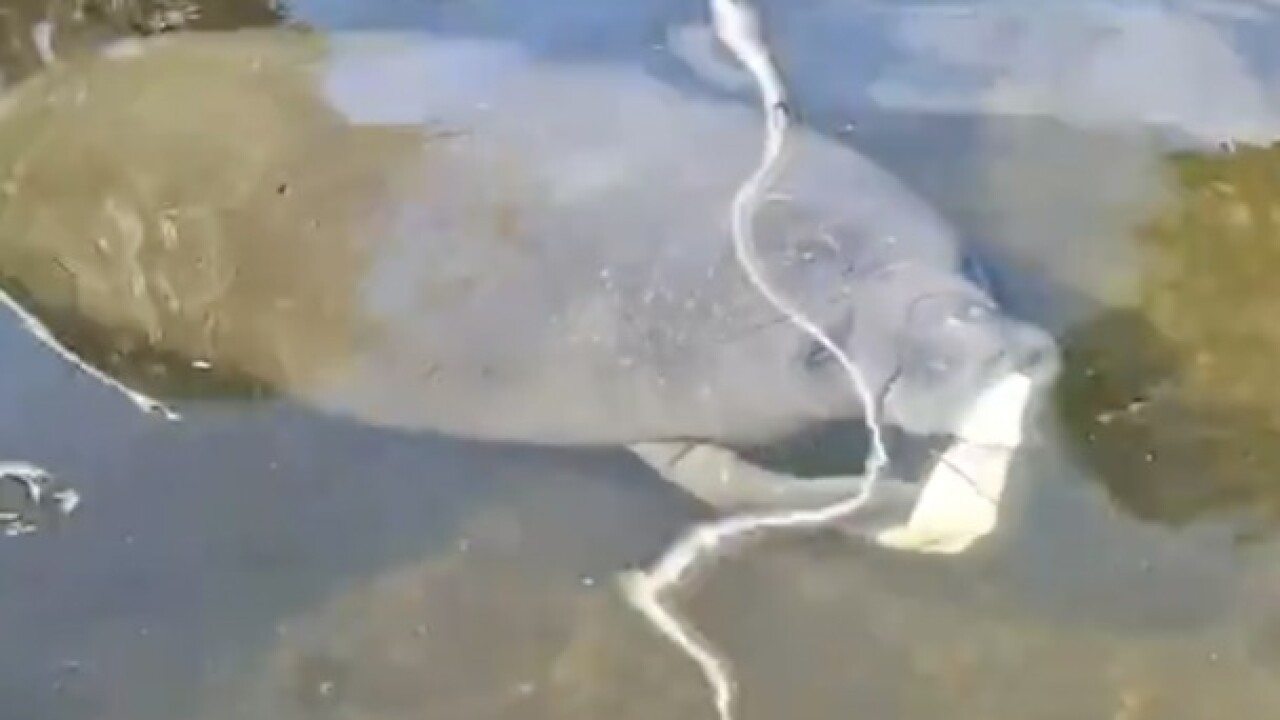 HERNANDO COUNTY, Fla. — A baby manatee was saved from possibly choking on a piece of trash, thanks to one concerned canoer.

Michael McCarthy regularly sees manatees in his See Through Canoe.

"They're curious. If you use that curiosity they will come to you," said McCarthy.

McCarthy says that’s how he encountered a calf that was eating something he shouldn't have been last week while canoeing north of Hernando Beach.

"He was really going to town on it, it looked like he had a treat," said McCarthy.

But it wasn’t a treat, it was a piece of plastic in the water.

"He might’ve choked right then and there, it was a long piece of plastic," said McCarthy.

McCarthy says he spent 20 minutes trying to get the plastic away from the calf.

"He really did seem to think it was a game. It was adorable but I was just as nervous as could be, I felt like a parent," said McCarthy.

McCarthy says the playful little calf seemed thankful after McCarthy got the garbage away from him.
And though McCarthy says he’s never seen a situation like that before, he warns others to pick up trash, even if it's not yours.

"If you don’t pick it up, something else will and it could be a cute little manatee just like that," said McCarthy.

For more information on how to legally encounter manatees check here.

For more information on See Through Canoe rentals check here.