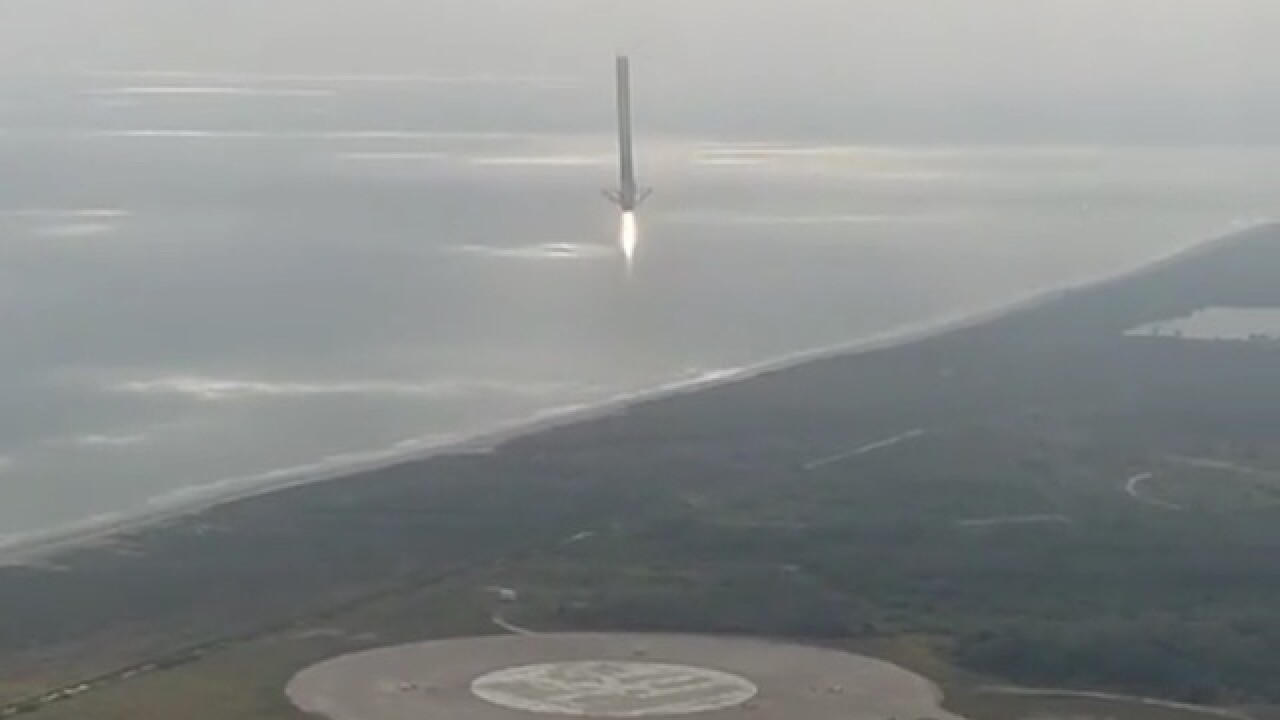 SpaceX chief Elon Musk showed off some pretty incredible video Sunday of the first-stage rocket booster as it returned back to Earth following SpaceX's successful launch.

The leftover 15-story booster landed back at Cape Canaveral eight minutes after liftoff, a feat accomplished only twice before.

Most of SpaceX's eight successful booster landings - rocket recycling at its finest - have used ocean platforms. As they did during the shuttle era, sonic booms heralded Sunday's return.

"Baby came back," he tweeted.