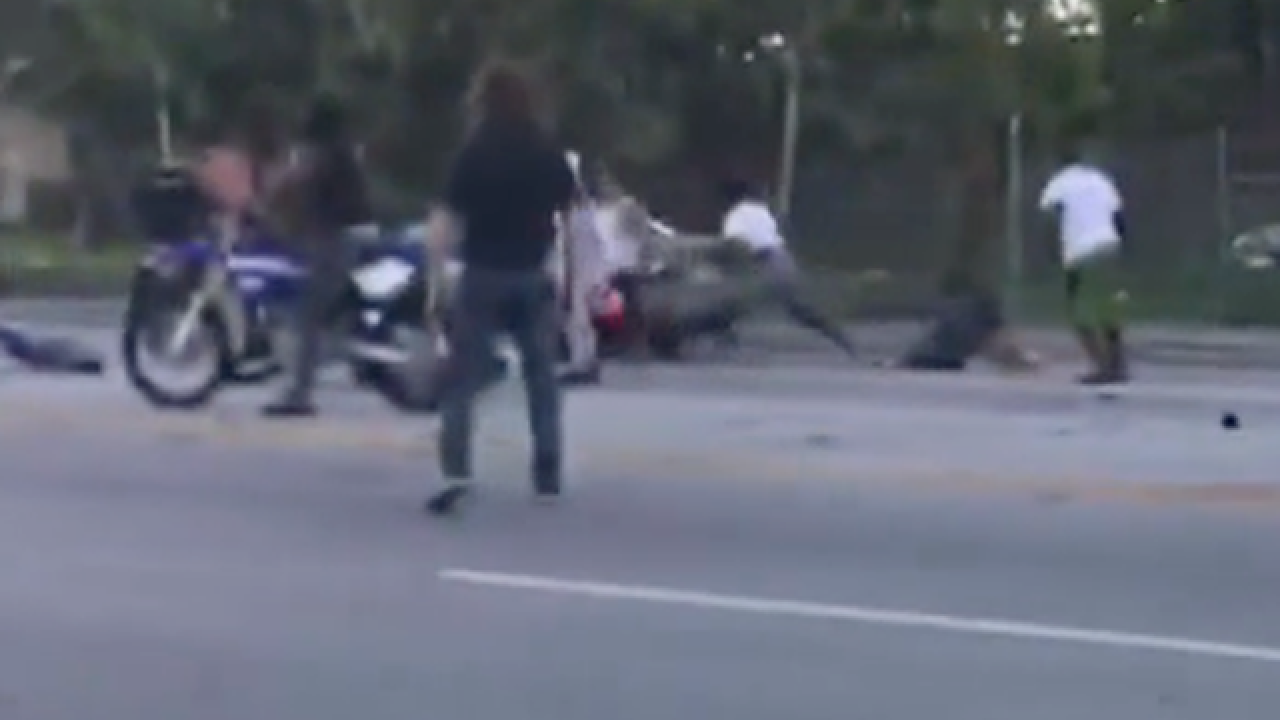 &lt;p&gt;Police say a group of men riding motorcycles and all-terrain vehicles shot at another driver, followed him and assaulted him.&lt;/p&gt;

MIAMI (AP) — Police say a group of men riding motorcycles and all-terrain vehicles shot at another driver, followed him and assaulted him.

Miami spokeswoman Kiara Delva tells NBC6 that police believe the Wednesday night incident was a case of road rage. She says authorities responded to what "appeared to be a large fight taking place."

She says the victim was driving in Miami when someone shot at his vehicle. Then, the large group of men on motorcycles and ATVs followed him several blocks before assaulting him.

She says the man was treated at the scene by medics.

Police are continuing to investigate.