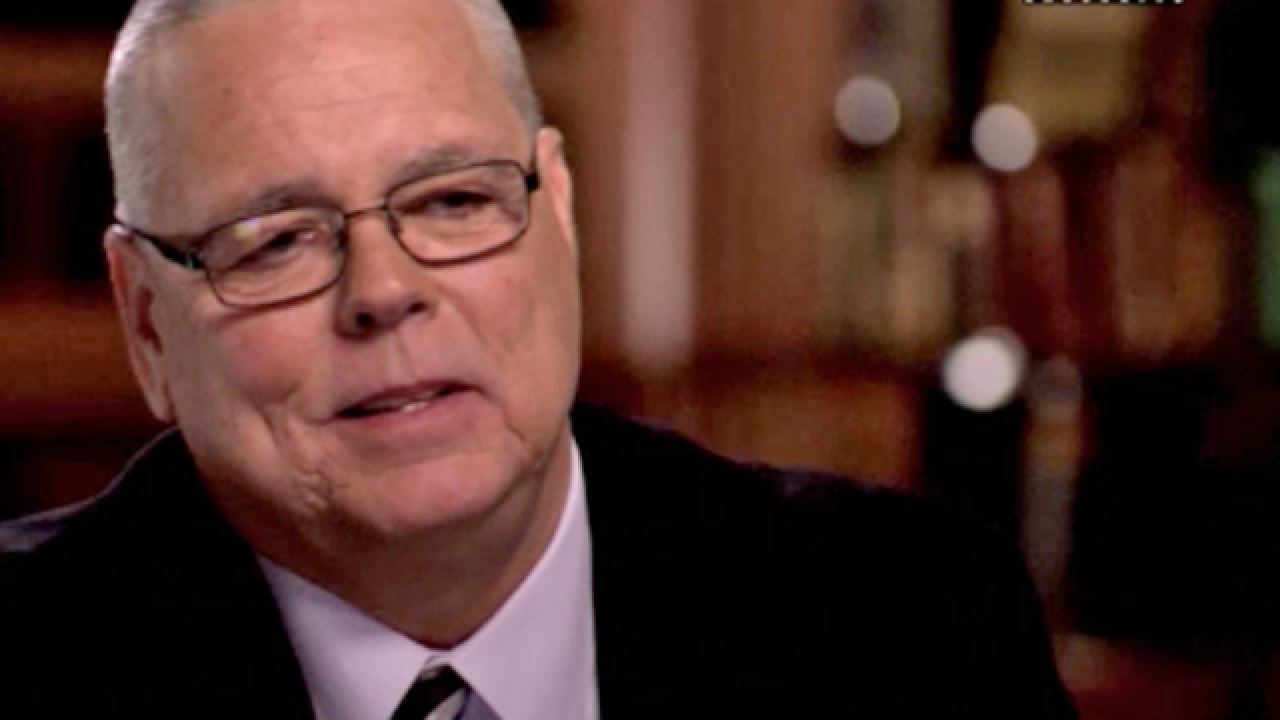 For months, members of the panel investigating Florida's high school massacre have called the sheriff's deputy assigned to guard the campus "a coward" for hiding and not rushing inside in an attempt to stop the shooter.

Attorney Joseph DiRuzzo III told the 14-member panel he had filed a lawsuit hours earlier attempting to block their subpoena. DiRuzzo dropped a copy on the lectern and then walked away.

Fred Guttenberg, whose child Jaime died along with 16 others, said to DiRuzzo as he passed: "He didn't do his job. My daughter should be alive."

DiRuzzo had set up a GoFundMe page to raise $150,000 to defend Peterson "against any spurious claims of criminal liability." As of Friday morning, $30 had been raised, but by Friday afternoon the fundraiser was no longer on the website.

After the fundraiser was started it immediately started to draw criticism online, including from Florida Rep. Jared Moskowitz, an MSD alum, who tweeted for GoFundMe to take it down.

"Remove this page from your site. Students are dead b/c of Peterson’s inaction. Morality should matter on who you let fundraise on your site," Moskowitz tweeted.

Hunter Pollack, whose sister, Meadow, was killed in the shooting, also tweeted that it should be taken down.

"The only thing Coward Scot Peterson should be asking for is forgiveness. He shouldn’t be looking to raise money for legal funds," Pollack tweeted.

The panel, which has been meeting periodically since April, has a Jan. 1 deadline to report its findings to Gov. Rick Scott on the shooting's causes and recommendations for avoiding future school massacres. On Friday, the commission is scheduled to learn about the medical response to the shooting and begin debating its findings. The panel includes law enforcement, education and mental health officials, a legislator and the fathers of two dead students.

Security video shows Peterson arrived outside the three-story building where the killings happened shortly after the shooting began, about the same time the gunman finished slaying 11 people on the first-floor. Peterson drew his handgun, but retreated to cover next to the neighboring building. The video shows Peterson never left that spot for 50 minutes, even after other deputies and police officers arrived on campus and went inside.

Panel members have said they believe Peterson's inaction allowed Cruz to climb to the third floor, where five students, including Jamie Guttenberg, and one teacher were killed. They believe if Peterson, 55, had confronted Cruz, who authorities say was armed with an AR-15 semi-automatic rifle, and engaged him in a shootout he could have killed him or given others more time to reach safety.

"Peterson could have saved my daughter. My daughter was the second-to-last to be shot ... a few more seconds and she would be alive," Fred Guttenberg told The Associated Press after DiRuzzo left.

Peterson, a decorated 32-year veteran of the sheriff's office, retired shortly after the shooting rather than accept a suspension while his actions were investigated. He is now receiving a $100,000 annual pension. There had been speculation Peterson might attend the meeting but invoke the Fifth Amendment, as a criminal investigation of law enforcement's response continues.

DiRuzzo said in his lawsuit that as the first deputy on scene, Peterson was the incident commander charged with coordinating law enforcement's response until relieved by a superior. DiRuzzo said Peterson was never relieved and fulfilled that duty by directing officers into the building and ordering the closing of the school and surrounding streets.

"Peterson did not do his job. Peterson is a failure, and he should be embarrassed and held accountable for what he did not do," Gualtieri said.

Peterson told investigators shortly after the shooting and reporters last spring from the "Today" show and The Washington Post that he heard only two or three shots and didn't know whether they were coming from inside the building.

That is contradicted by radio calls in which he correctly identifies the building as the shooter's location. Bullets also came out a window almost directly above where he took cover. About 150 shots were fired and were heard by others a quarter-mile away.

Cruz, a 20-year-old former Stoneman Douglas student, is charged with the slayings. He has pleaded not guilty, but his attorneys have said he would plead guilty in exchange for a life sentence. Prosecutors are seeking the death penalty.

Copyright Associated Press  and our partner with NBC 6 South Florida
Copyright 2018 Scripps Media, Inc. The Associated Press contributed to this report. All rights reserved. This material may not be published, broadcast, rewritten, or redistributed.