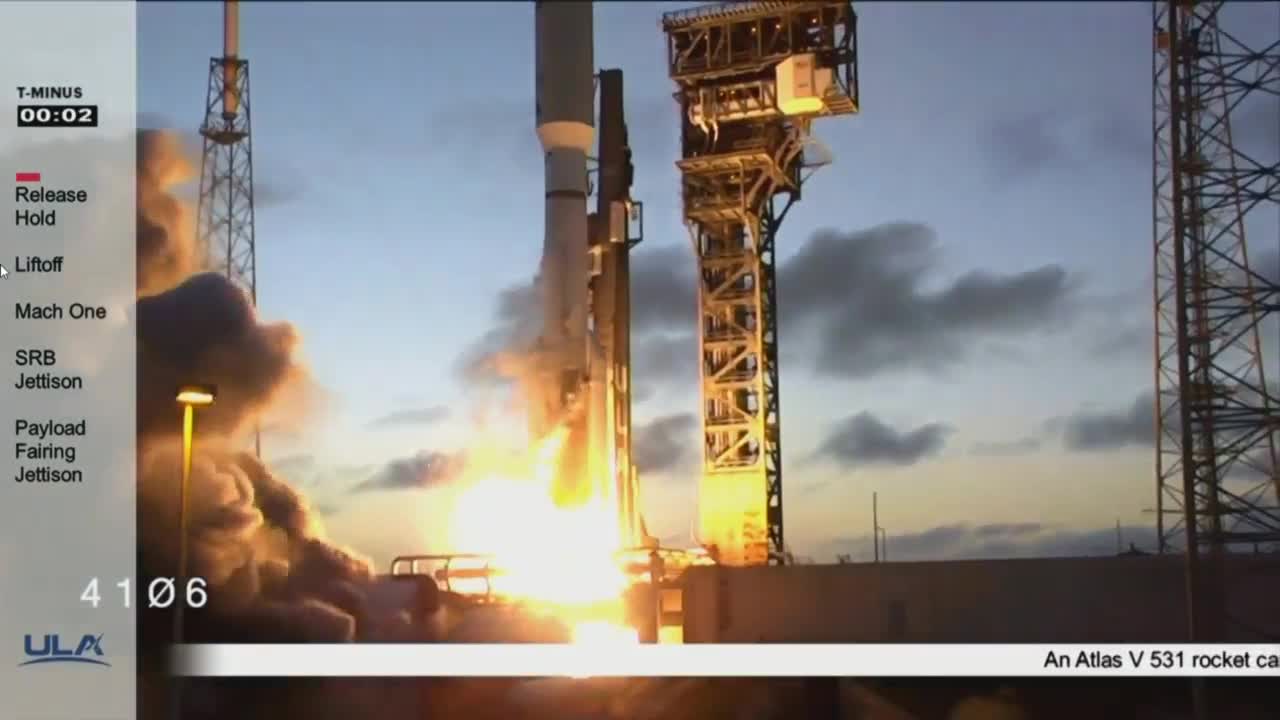 An Atlas V rocket was launched Friday by the United Launch Alliance just after 5:30 p.m.

CAPE CANAVERAL, Fla. — It will be a busy weekend at Cape Canaveral that includes two rocket launches.

An Atlas V rocket was launched Friday by the United Launch Alliance just after 5:30 p.m.

The Kennedy Space Center says the unmanned rocket with send a classified payload into orbit for the National Reconnaissance Office.

Then on Sunday, SpaceX and NASA will team up once again to launch astronauts into space from U.S. soil.

The launch was scheduled for Saturday but moved to Sunday due to due to onshore winds and recovery operations, according to NASA Administrator Jim Bridenstine.

Update: Due to onshore winds and recovery operations, @NASA and @SpaceX are targeting launch of the Crew-1 mission with astronauts to the @Space_Station at 7:27 p.m. EST Sunday, Nov. 15. The first stage booster is planned to be reused to fly astronauts on Crew-2. #LaunchAmerica

The launch and will send three Americans and one Japanese astronaut into space where they will dock at the International Space Station.

Two NASA astronauts were launched into space aboard a SpaceX Crew Dragon capsule in May.