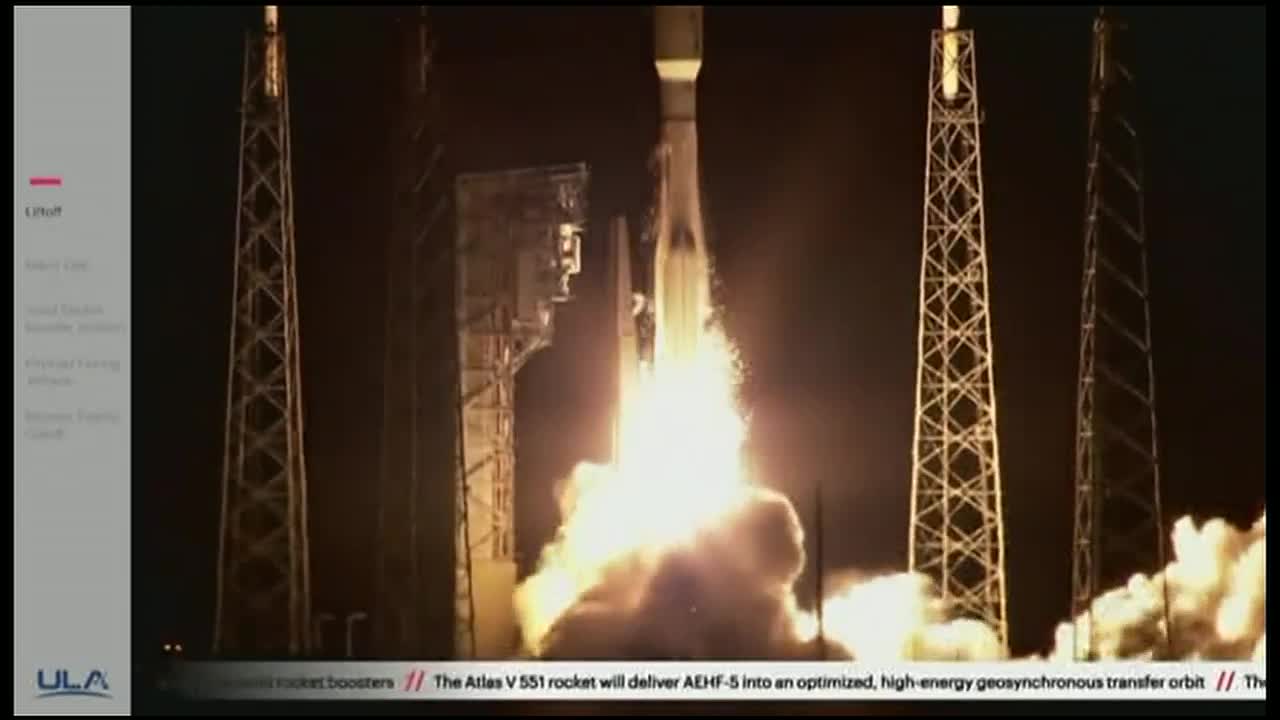 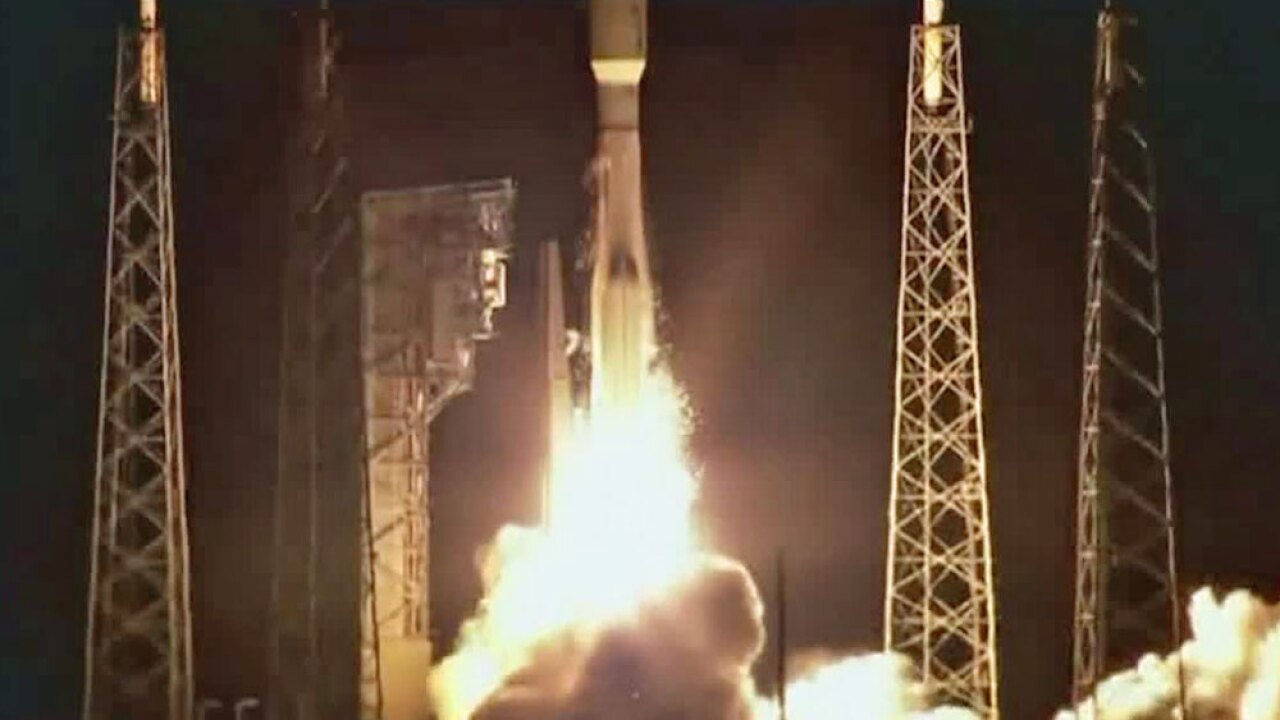 RELATED: See WPTV viewers' videos and photos of the launch

The mission's primary purpose is to place a Lockheed Martin-built satellite into orbit. The satellite is the fifth advanced extremely high frequency satellite known as AEHFS-5.

Ultimately there will be six of these satellites which will be used to provide global and secure communications for the military.

Also, the Atlas rocket had a CubeSat which will test new orbital debris tracking technology. The CubeSat separated from the rocket's upper stage.

The United Launch Alliance is a joint venture between Lockheed Martin Space Systems and Boeing Defense Space and Security.

LIFTOFF of the United Launch Alliance Atlas V rocket launching the #AEHF5 satellite to provide the highest levels of protection for communications to our nation's most critical users. And the vehicle has cleared the tower!@usairforce @AF_SMC @lockheedmartin