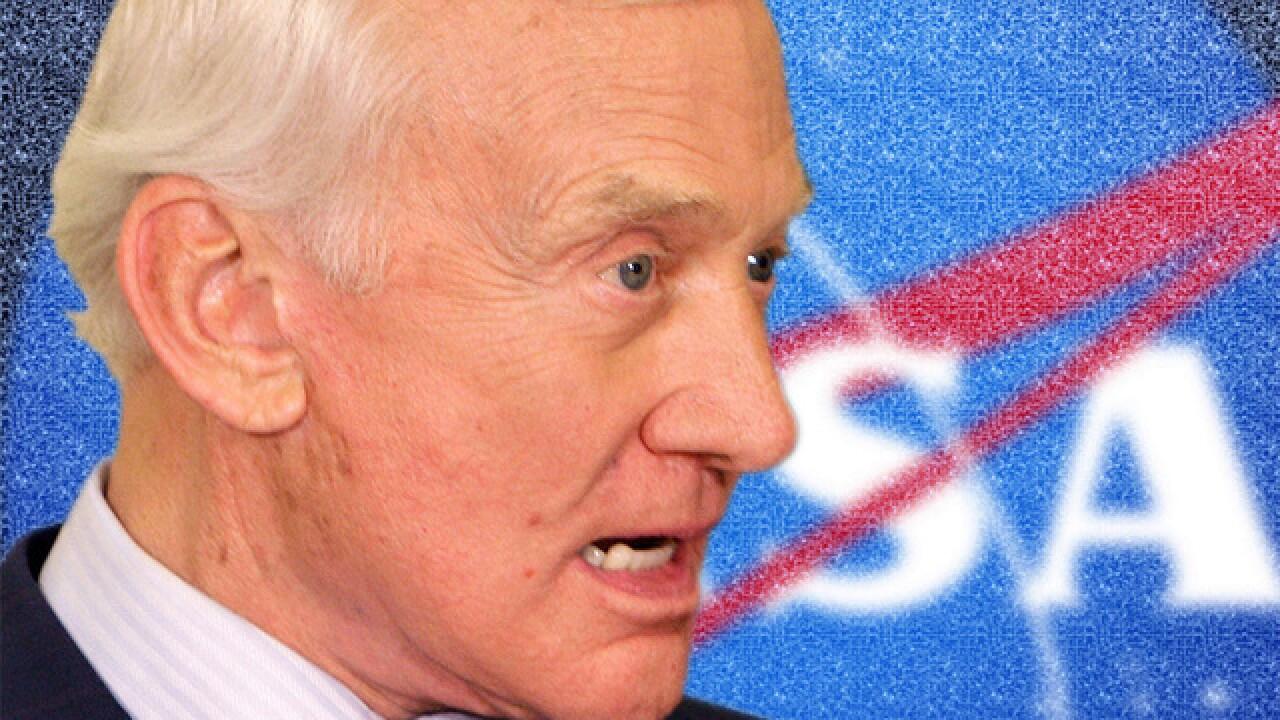 ORLANDO, Fla. (AP) — The former business manager for Apollo 11 moonwalker Buzz Aldrin said Tuesday she's being unfairly defamed in a lawsuit accusing her along with two of his children of misusing his credit cards and slandering him.

Christina Korp also posted a statement on Twitter late Monday blaming people who began to "exert undue influence" on Aldrin, adding that they drove a wedge between Buzz, his children and herself. She told ABC's "Good Morning America" she is saddened by this.

My personal statement in response to the @WSJ piece that came out yesterday re the lawsuit against me and his kids by @Therealbuzz pic.twitter.com/XKlEVj0W3l

Aldrin's lawsuit filed earlier this month in a Florida state court, came a week after children Andrew and Janice filed a petition claiming Aldrin suffers from memory loss, delusions, paranoia and confusion. The children asked the court to name them as guardians. The lawsuit also notes that Aldrin, 88, was associating with new friends who were trying to alienate him from his family, and that he had been spending his assets as "an alarming rate."

In April, Aldrin underwent his own evaluation conducted by a geriatric psychiatrist at UCLA, who said Aldrin scored "superior to normal" for his age on tests.

"I also believe that he is perfectly capable of providing for his physical health needs, food, clothing and shelter, and is substantially able to manage his finances and resist fraud and undue influence," said Dr. James Spar in a letter to Aldrin's attorney.

In Aldrin's lawsuit, the former astronaut asked a judge to remove Andrew Aldrin from control of his financial affairs, social media accounts and several nonprofit and business enterprises. Andrew Aldrin had been a trustee of his father's trust. Buzz Aldrin said in the complaint that despite revoking the power of attorney he had given his son, Andrew Aldrin continued making financial decisions for him.

Aldrin accused his daughter, Janice, in the lawsuit of not acting in his financial interests and conspiracy, and he accused his former manager, Christina Korp, of fraud, exploitation of the elderly and unjust enrichment. Also named in the lawsuit are several businesses and foundations run by the family.

In a statement, Andrew and Janice Aldrin said they're saddened by the "unjustifiable" lawsuit.

He said "family is forever" and he's "forever trying to patch it up."

Aldrin was a member of the Apollo 11 crew which landed the first two humans on the moon. Aldrin joined Neil Armstrong on the lunar surface in July 1969. Earlier this month, Aldrin was at the White House for President Donald Trump's announcement directing the Pentagon to create the "Space Force" as a new military branch.