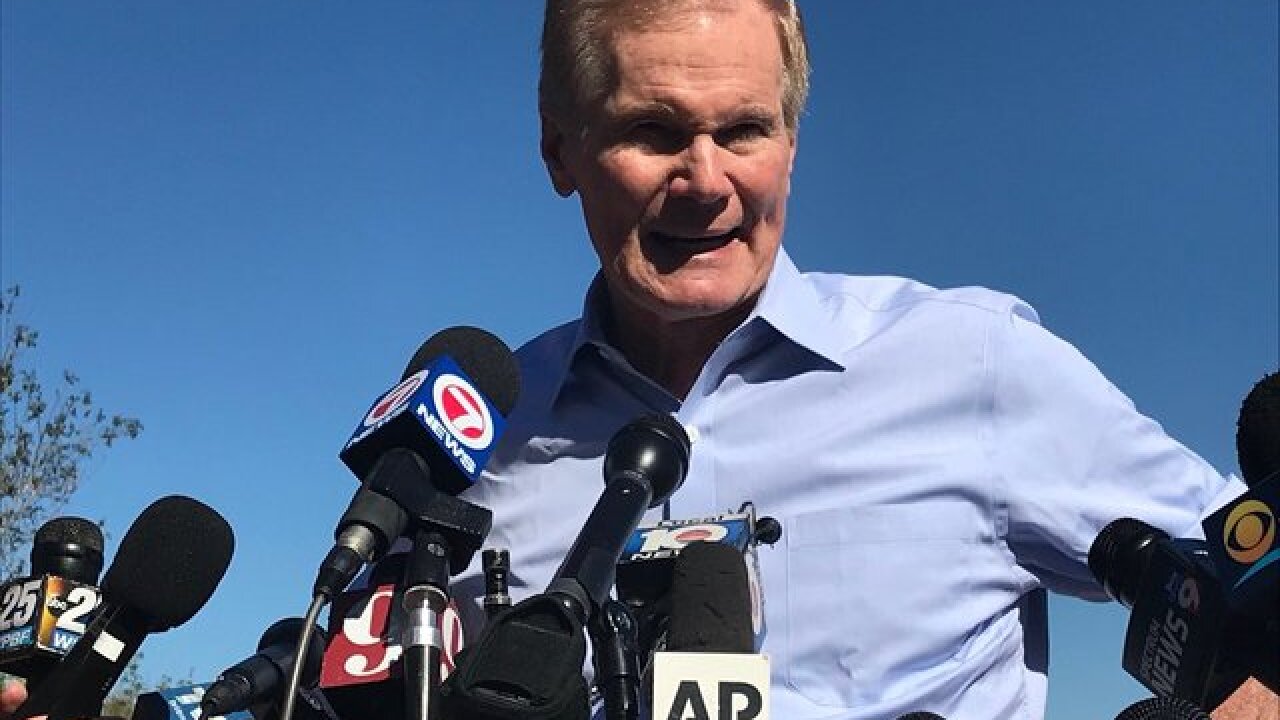 Nelson's campaign has led the charge on demanding Democrats use every available option to extend the statewide recount in Florida and challenge the state's voting laws in federal court. On Saturday, however, Nelson lost a partner in the recount fight when Mayor Andrew Gillum, the Democratic gubernatorial candidate in Florida, conceded to Republican Ron DeSantis, a sign that Democrats in the state believe the fight is over.

Nelson's race -- along with Gillum's contest and the state's race for agriculture commissioner -- went to a machine recount a week ago, but the recount did not do nearly enough for Nelson and just further formalized Gov. Rick Scott's more than 12,000-vote lead. The contest still fell within the .25% standard for a manual recount of contested ballots, however.

That manual recount will end on Sunday when all of Florida's 67 counties must submit their final vote totals to the secretary of state by Sunday at noon, meaning every vote deemed admissible by county canvassing boards and the courts will be officially counted.

Despite Nelson's campaign -- led by lawyer Marc Elias -- being the muscle behind Democratic efforts to extend the recount, the senator himself has done very little publicly, appearing only a few times in taped videos and once with Senate Minority Leader Chuck Schumer in Washington.

Elias did not respond to CNN's request for comment on whether he will challenge the vote count after the manual recount is finished.

Democrats have long held out hope that a team of lawyers representing Democrats in the state could score enough legal victories to find enough votes to close the more than 12,000-vote divide that Nelson faces in his re-election bid against Scott.

But those legal victories have not come, with Elias and his team of lawyers here in Tallahassee losing the bulk of their cases before Judge Mark Walker in federal court.

Nelson's two most consequential losses came late in the week. In one, Walker ruled that the guidelines Florida law provides to election canvassing boards on how to determine voter intent in a manual recount are constitutional; in the other, Walker denied a request to stop the state of Florida from enforcing the vote-by-mail deadlines for domestic mail in ballots that were postmarked before the deadline but did not arrive at vote counting facilities until after Election Day.