After Parkland: The big business of school security 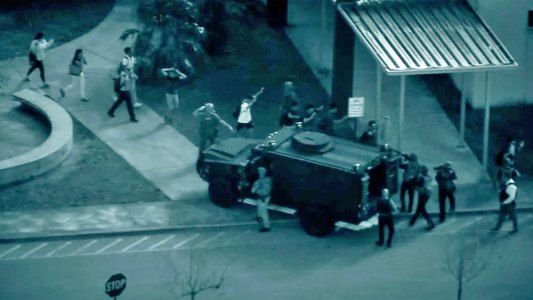 School security has grown into a multi-billion industry and with every school shooting, more products and services pop up. 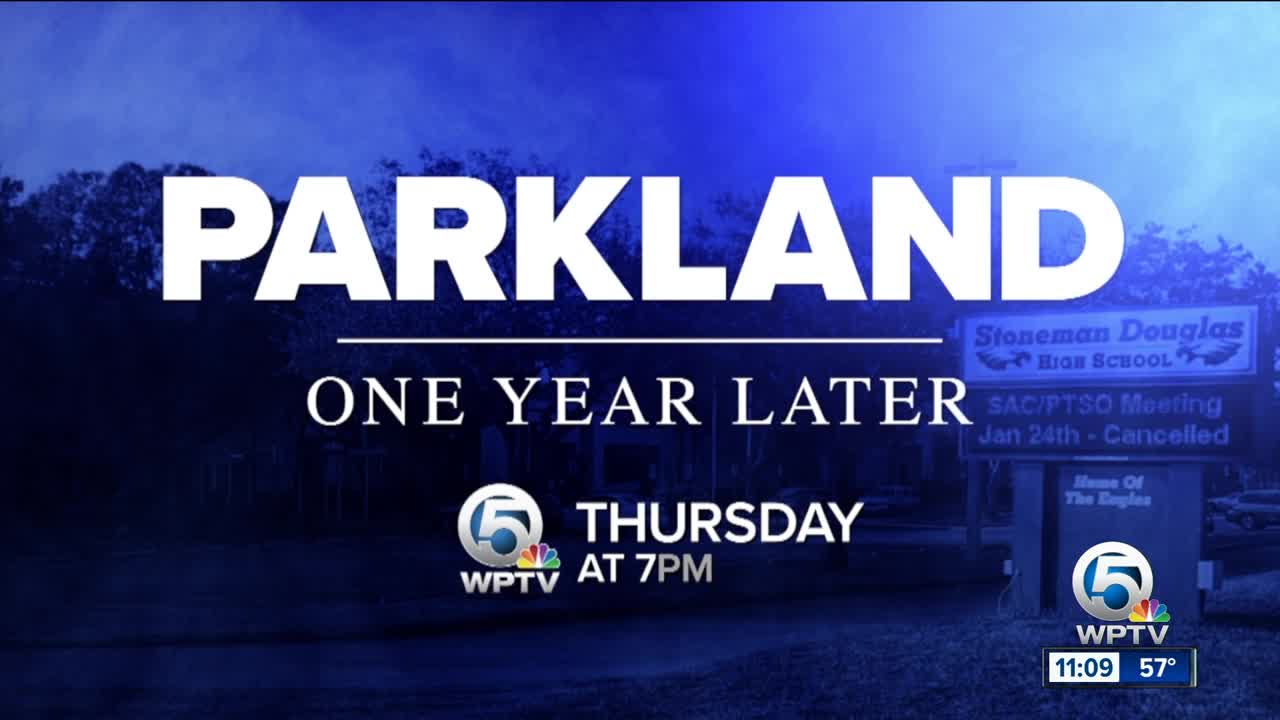 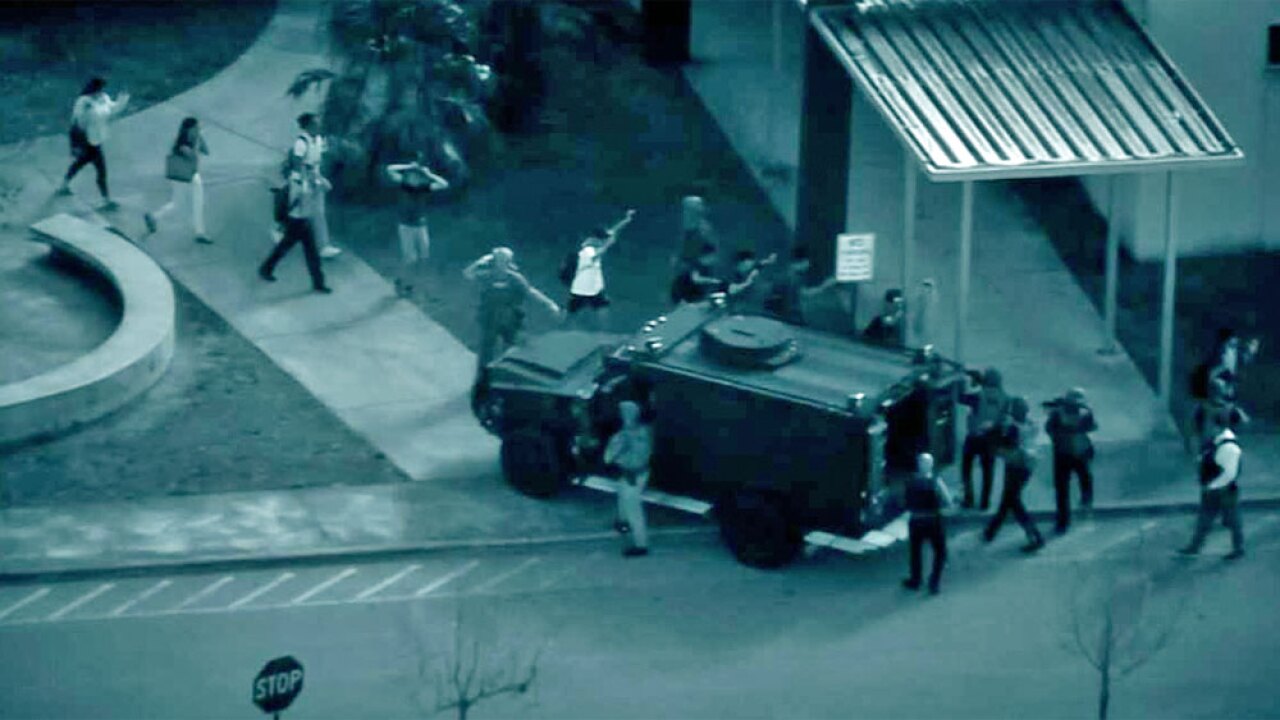 Bulletproof whiteboards, backpacks, and doors that can be locked remotely. School security has grown into a multi-billion industry and with every school shooting, more products and services pop up.

As part of the Marjory Stoneman Douglas Act, funds were given to schools to make them safer.

Curt Lavarello is the executive director with the School Safety Advocacy Council and says some of those well-intended products can actually make students less safe.

“Some of the products, I don’t ever mean to take away, some of them could be very good, and they can be very effective, but we also see products out there that could have adverse effect on school safety,” Lavarello said.

“We approached the administration we said, you’ve created traps,” Lavarello said. In the case of a fire or another emergency, the students would be trapped inside their classrooms, Lavarello argued.

The school security industry has ballooned to $2.7 billion in 2017, according to IHS Markit data.

“We host the annual national school safety conference,” Lavarello said. “A year ago, before Parkland, we probably had about 50 to 55 vendors. This last year we’ve had 115 vendors.”

School officials have to figure out which products are actually helpful in making their students safer.

“It’s a true collaboration,” Palm Beach County School Police Chief Frank Kitzeroh said. “You have to make sure that the security measures we’ve put in place are not going to hamper security, they’re going to enhance it. And that is something that we get the perspective of all the experts from.”

“You press the button and it automatically alerts all the individuals inside of the school,” Hector Delgado with ASR Alert System said.

It functions like a fire alert system, instantly alerting police and first responders, as well as everyone in the school.

Dan Steinfeld, president at Jupiter Christian School, said school officials feel the pressure after a school shooting to do something.

“Parents tend to react to events that happen in the news, so Parkland, absolutely, school security becomes a high priority to our families at that time,” Dan Steinfeld, president with Jupiter Christian School, said.

Lavarello said those in the school safety industry know that demand on their services increases after school shootings.

“Right after every school shooting we’ve had, we see an uptick in terms of sales and solicitations being made to school districts across the country,” Lavarello said.

“That’s an every day event,” said Kitzeroh. “There are so many people who are coming forward with products.”

Among the hundreds of emails, the school district got one by a West Palm Beach security company the day after Parkland. “It’s so sad with the Florida shootings yesterday and I hope that we can work together,” the email stated.

ASR Alert System also emailed the school district and so did another Florida-based company, GEO Command. “It allows us to take information from 30,000 feet above and take it directly to a building,” Albert Koenigsberg with GEO Command said.

Asked if there is ever a concern in emailing a school district so close to a tragedy, Koenigsberg said this is about much more than making money. “I cried my heart out about what are you going to do? Wait until our kids get killed? So, I didn’t have a concern,” Koenigsberg said.

GEO Command is a system that allows first responders to have immediate access to cameras in schools as well as see the outline of the classrooms. Koenigsberg said the system is currently being used by around 25 schools along the east coast.

ASR Alert Systems was just implemented at Jupiter Christian and varies between $20,000 and $40,000.

The problem remains for school officials to make the decision whether the products are legitimately helping schools become safer.

“We’ve received calls, countless calls, from Florida schools, asking us if we had any way to help them because they had no knowledge of doing an assessment list,” Lavarello said.

Lavarello said many of the products and services currently offered can create a false sense of security.

“Metal detectors sound really good on paper to a parent who is worried about their kids,” Lavarello said. “But we did a feasibility study for a district not too long ago. It works in airports so it will work in schools. They don’t understand the complex differences between a school and an airport.”

To make it work, Lavarello said, staff would have to stand guard at every door, every window that could allow a student to enter.

“We know in law enforcement, even the best trained law enforcement officers, and I did this for 20 years, even in high pressure situations we miss our shots about 70 percent of the time. And now we expect that simply because we give Mrs. Jones a gun in math class that she’s going to be ready to handle the complexities of a shooter with an AR-15 in the hallway. It defies logic.”

Lavarello advises school districts to consult experts in the field and get input of what is going to make their schools safer.