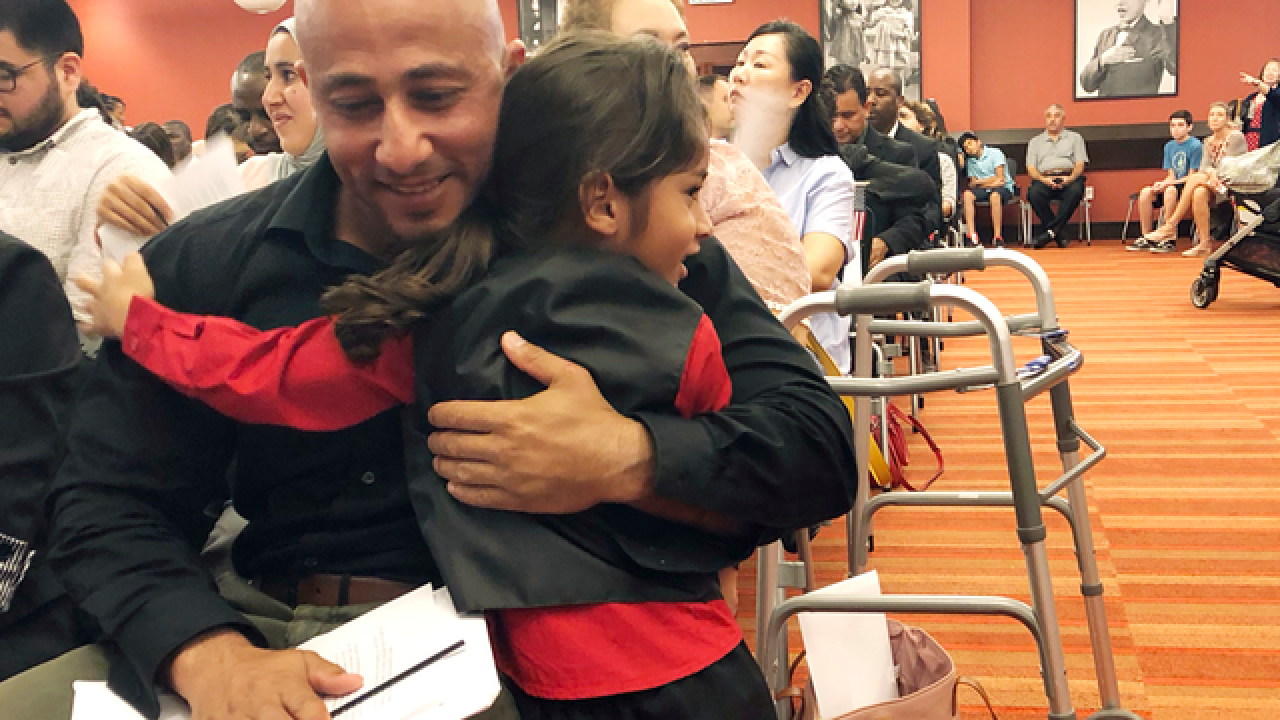 Copyright Associated Press
&lt;p&gt;Haeder Al Anbki hugs his son Alasaad, during a naturalization ceremony in Orlando, Fla., Tuesday, July 31, 2018. Al Anbki, a former Iraqi translator and Florida National Guard member, sued a federal agency after he was pulled out of a naturalization ceremony last year without explanation. The lawsuit claimed authorities were applying a different set of rules under a program that opponents say targets applicants from majority-Muslim countries. (AP Photo/Mike Schneider)&lt;/p&gt;

ORLANDO, Fla. (AP) — As he waited for his citizenship ceremony to start, Haeder Al Anbki held his breath, half-worried that someone would stop him and tell him he couldn't participate.

That's what happened last year to the former Iraqi translator for U.S. troops.

But everything went smoothly at his ceremony Tuesday in Orlando, Florida. He recited the Pledge of Allegiance, said the oath of citizenship and sang along to Lee Greenwood's "God Bless the USA."

Al Anbki had filed a lawsuit after he was pulled from the ceremony last year. He claimed authorities were applying a different set of rules under a program that opponents say targets applicants from majority-Muslim countries.

He credited publicity about his situation for the government's reversal in his case.

He calls becoming a citizen "a dream come true."