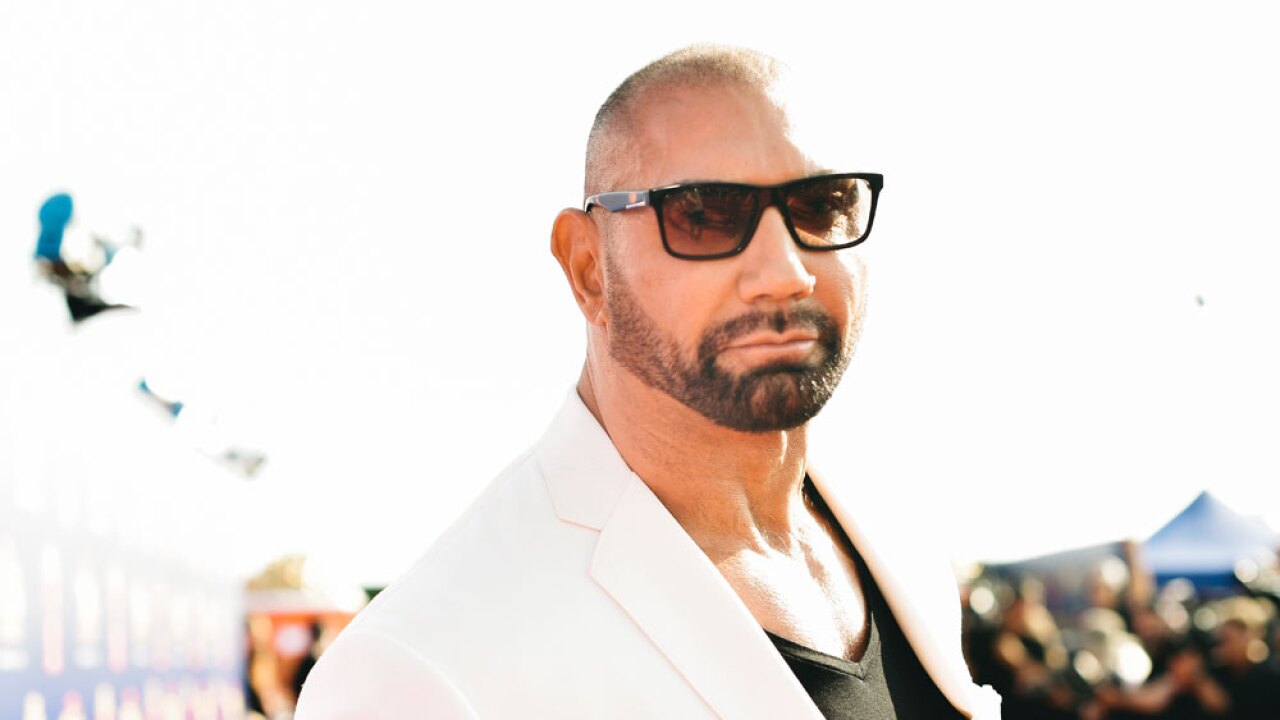 TAMPA, Fla. (AP) — A Florida animal shelter sent out a desperate plea after someone had abandoned two pit bull dogs. But volunteers never expected the post would catch the attention of “Guardians of the Galaxy” actor Dave Bautista.

I needed them, they needed me. These beautiful babies spent the first six years of their lives neglected and abused. And now they are going to spend the rest of their lives being spoiled and loved. Eternally grateful to the amazing animal lovers (Lisa Bricker @frankiesfriends ,Michelle Baker, Patrick & Kimberly Thorpe) in Tampa who worked so hard to keep them safe, find them a home and most importantly keep these two together. Ladies and gentleman I introduce to you..... Maggie and Ollie Bautista. ❤️ #adoptapitbull #pibble #adoptdontshop #adoptapet #adoptadog #dreamchaser #animalrescue #doglover

The 6-year-old pit bulls, Maggie and Ollie, were handed over to the county after their owner had a baby. Volunteers from Rescue Me Tampa wrote a post seeking someone who would take both dogs, writing they’d been together their whole life.

That was last month. A week later, the group posted a picture of the star hugging the two pups and announcing he had adopted them. The rescuers said Bautista is spoiling the rescue dogs with Tempur-Pedic dog beds, a large gated property and doggy doors everywhere.