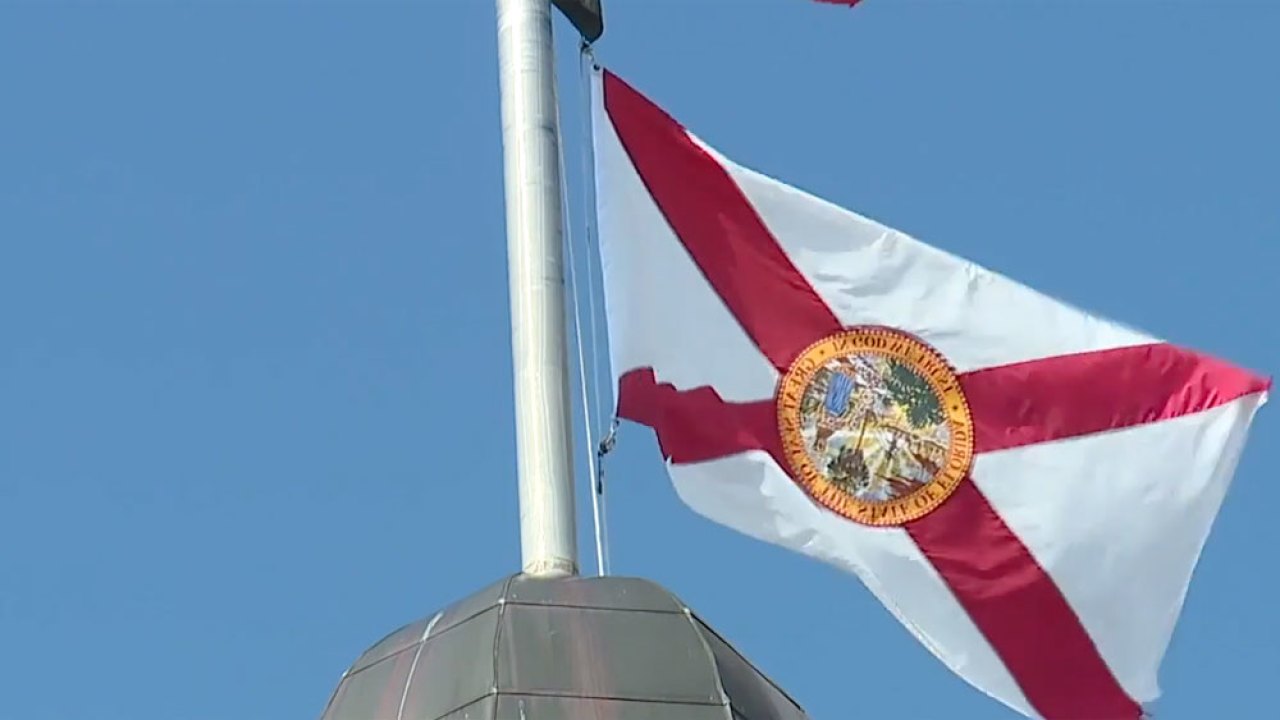 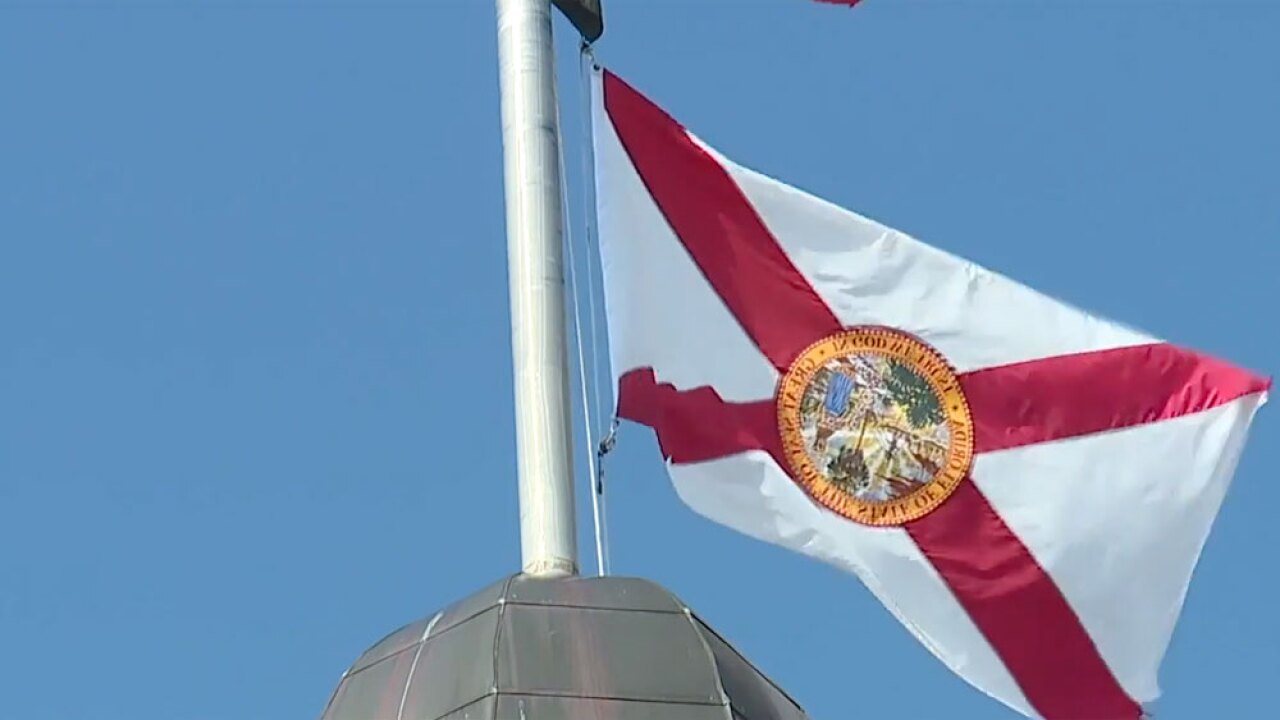 Republicans again control both chambers and the governor's office. While that suggests fewer roadblocks to passing major reform, political experts believe the session will be rather quiet compared to others.

If legislators do decide to shake things up, there are plenty of proposals to choose from. A slew of bills awaits the 60-day lawmaking gauntlet.

Below are some of the hottest topics set for this year:

One of the biggest goals for Gov. Ron DeSantis this year will be increasing starting salaries for the state’s teachers to $47,500. Teachers earning less, who are already employed, would see a boost as well.

"That represents 101,000 current teachers that will see a raise," said DeSantis, explaining the more than $600 million budget proposal. "That's something that will have a really meaningful impact in terms of recruiting and retaining folks."

The Republican is also looking for $300 million to dismantle and replace the state's "Best and Brightest" teacher bonus program with a new bonus system he believes will be less complicated.

The plan has support but received a rather tepid reaction from GOP House Speaker José Oliva upon its announcement in October.

“I am in receipt of the governor’s statement regarding teacher compensation as I am of the over $2 billion of new spending requests from his agencies,” he said in a statement. “My initial thought is one of gratitude for those who came before us and saw it fit to bind us and all future legislatures to a balanced budget.”

“The budget does not show the value that we’re looking for in our profession," said the head of the association, Fedrick Ingram in November. "Nor does it show the value in our children.”

Lawmakers have before them two bills that could restrict abortions in the state. Senate Bill 404 would require girls under the age of 18 seeking an abortion to have parental consent. Florida law already requires minors to notify their parents.

Republican lawmakers pushing the legislation, versions of which have advanced in both the House and Senate, call it a win for parental rights.

“This is not a huge departure from current law," said Sen. Kelli Stargel (R-Lakeland), the bill's Senate sponsor. "Current law has notice— there are already processes in place that handle this. We’re just making the conversation a little bit stronger.”

Opponents fear the policy would encourage teens to break the law and seek unsafe abortions. They also have called the bill a 'Trojan horse' looking to erode abortion rights in the state.

“When you put young girls and women in a desperate position, abortion gets pushed into the shadows," said Sen. Lauren Book (D-Plantation) last month. "It becomes very, very dangerous."

Another Senate bill, SB 734, would prohibit abortions "based on a test result, diagnosis, or other reason for believing that the fetus has Down syndrome." The policy has yet to clear any of its three committee assignments since Sen. Joe Gruters, who also serves as Florida's GOP state party chair, filed it in November.

In August, Senate President Bill Galvano tapped the head of the Infrastructure and Security committee, Sen. Tom Lee (R-Brandon), to lead the charge in analyzing the state's current gun policy and identify if any improvements could be made in the wake of the 2018 Marjory Stoneman Douglas High School shooting, which left 17 dead.

"With committee meetings resuming just one month from now, our focus should be on steps the Senate can take to review and better understand the various factors involved in mass shootings, in addition to, and also including, school shootings," Galvano said in the memo. "This includes white nationalism, which appears to be a factor not only with regard to these recent mass shootings but also with other acts of violence we have seen across the country in recent years."

In committee, Lee voiced support for strengthening Florida's background checks for firearms. Though he said more than new policy was likely needed. Some have advised better funding for mental health.

“What I hear talking to a lot of these folks is there is no silver bullet," said Lee. "It’s going to take a comprehensive approach.”

Democrats have filed what they're calling "common sense" reforms ahead of the session.

Senate Bill 94 aims to close what its sponsors call background check "loopholes" in which a purchaser of a firearm in a private sale, including the internet, can forgo the checks required when buying from a licensed dealer.

For another year, Rep. Carlos Guillermo Smith (D-Winter Park) is trying to pass an assault weapons ban with HB 627. It defines the guns as "any selective-fire firearm capable of fully automatic, semiautomatic, or burst fire at the option of the user ..." then listing a slew of specific firearms.

Critics have dubbed it too broad, suggesting it would essentially outlaw almost all rifles and shotguns in the state.

Sen. Linda Stewart (D-Orlando) is also looking to ban “large-capacity magazines.” According to her bill, SB 794, that means "any ammunition feeding device with the capacity to accept more than 10 rounds, or any conversion kit, part, or combination of parts in the possession of a person from which such a device can be assembled..."

After signing into law a ban on sanctuary cities over the summer, DeSantis announced a goal to halt the employment of illegal immigrants in the state in November. At a news conference in central Florida, he called on the legislature to pass Senate Bill 664. It would require all employers, public and private, to use the federal government's E-Verify system.

"The reason this is so timely is twofold, it’s about fairness for lawful immigrants and native-born workers, and it’s about public safety," DeSantis said. "I trust the Legislature will act swiftly in the 2020 Legislative Session and pass an E-Verify requirement for employers in this state to protect Florida workers, preserve the rule of law, and make our communities safer.”

Critics, like the American Business Immigration Coalition, argued using the system would drive migrant workers to other states. It warned the change would lead to short-term job shortages in both of Florida's travel and agriculture industries, potentially costing employers billions.

“The smarter measure is actually to bring people out of the shadows and make them get tested, licensed and insured,” said Rebecca Shi, the executive director of the Coalition, in a statement following the governor's announcement. “Then dedicate your resources to root out the truly bad guys."

Another policy the governor will be championing in 2020 is the "Student Athlete Achievement Act" allowing college athletes to receive payment for use of their likeness.

Following in the footsteps of California's passage of a similar measure, in late October, DeSantis joined a bipartisan team of lawmakers looking to allow students the ability to sign with an agent, nab endorsement deals, and more.

“This is about fairness," said House Minority Leader Kionne L. McGhee, who filed similar legislation in September. "The current NCAA rules prevent these highly skilled adults from earning a living while others get rich off their free labor. I predict this will have a positive impact on female athletes, as they have far fewer opportunities in sports after college than men.”

The NCAA had warned against the change, saying it would blur lines between big-dollar pro sports and college athletics.

A few days after Florida announced its legislation, the Association's governing board backed down. The group unanimously voted to permit students participating in athletics the opportunity to benefit from the use of their name, image, and likeness "in a manner consistent with the collegiate model."

“We must embrace change to provide the best possible experience for college athletes,” said Michael V. Drake, chair of the board and president of The Ohio State University. “Additional flexibility in this area can and must continue to support college sports as a part of higher education. This modernization for the future is a natural extension of the numerous steps NCAA members have taken in recent years to improve support for student-athletes, including full cost of attendance and guaranteed scholarships.”

The legislation has yet to advance from its committee assignments but is expected to get traction once lawmakers return.