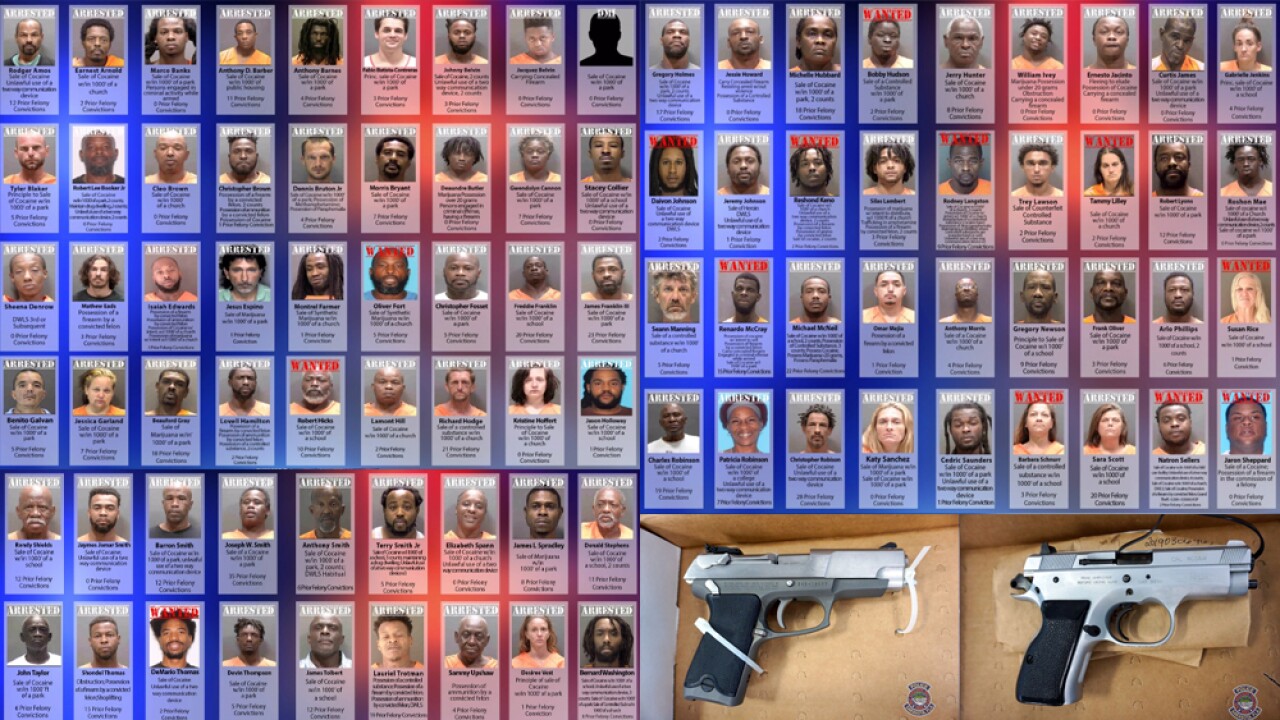 SARASOTA, Fla. — A major crime crackdown has landed 95 people behind bars on a variety of drug and weapons charges, the Sarasota Police Department says.

Between January and September of this year, undercover officers bought weapons and drugs from suspected dealers, according to police. The goal was to cut down on gun violence in Sarasota.

As of Tuesday, police have made 95 arrests but are still looking for 11 more suspects.

Police said all the suspects have a combined 2,561 prior criminal charges and 687 felony convictions, including aggravated battery and armed robbery.