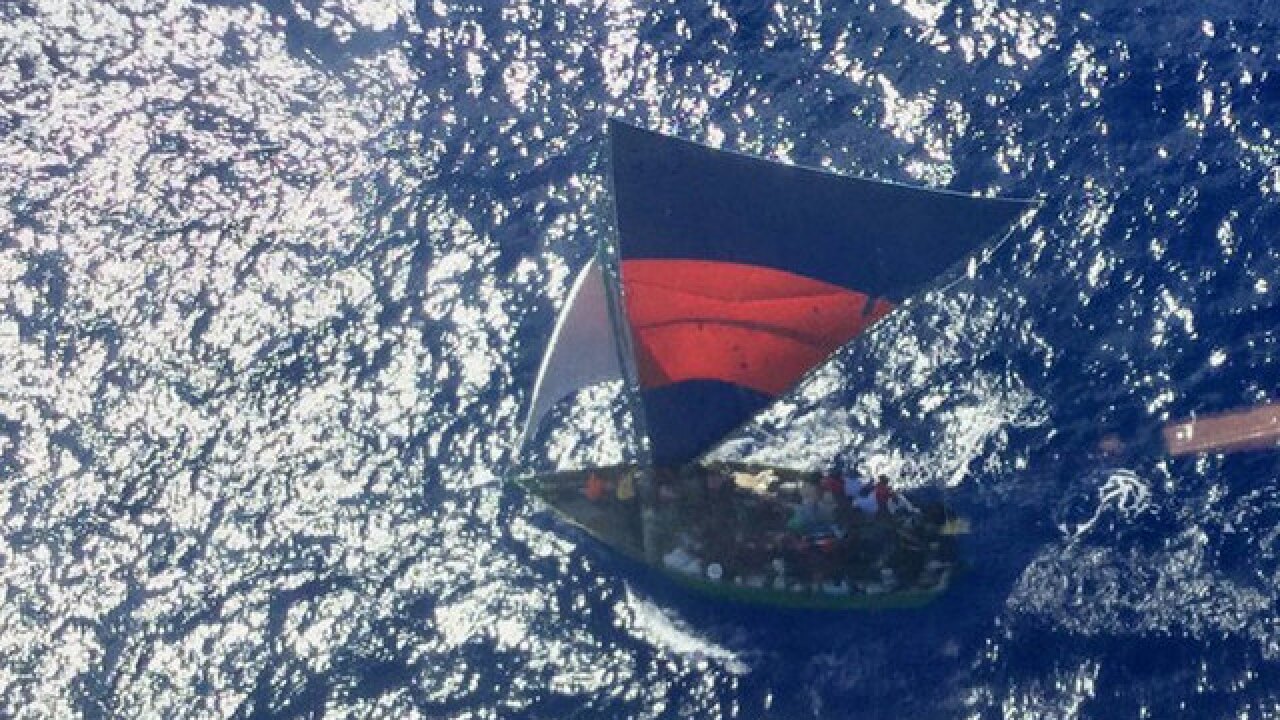 Miami Coast Guard officials said their helicopter crew spotted the overcrowded, 40-foot sail freighter near Cuba on Saturday. Officials deployed a cutter from Key West to rescue the migrants, saying the vessel was not equipped to carry its passengers and was perilously overcrowded.

Coast Guard officials said it could have been a life threatening situation for the 86 migrants onboard. Once safely on the Coast Guard cutter, the migrants were given food, water and medical treatment.

The migrants were repratriated to Cap-Haïtien, Haiti.

The Coast Guard says roughly 221 Haitian migrants have attempted to cross open waters to illegally migrate to the U.S. since Oct. 1.