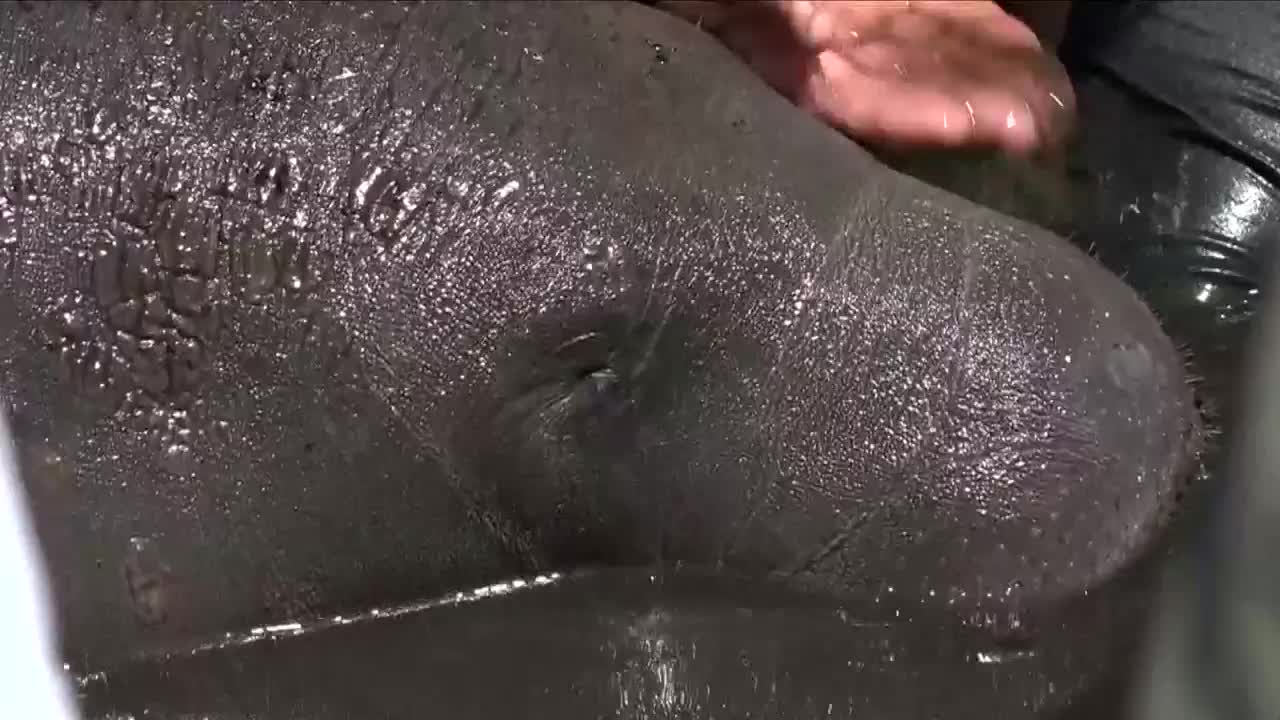 A manatee successfully rescued Monday morning from a drainage ditch in Fort Myers.

(WBBH/NBC) - A manatee was successfully rescued Monday morning from a drainage ditch in Fort Myers.

A man who lives nearby was out walking when he saw what he thought was a massive rock.

He discovered it was actually a manatee and called 911 along with the Florida Fish and Wildlife Conservation Commission.

Authorities worked together to keep the adult male manatee as calm and cool as possible.

It took more than a dozen people to lift the 800-pound manatee to the top of the embankment with a stretcher, and then onto a truck.

The manatee was deemed healthy for release shortly after it was rescued and later released at Horton Park in Cape Coral.

FWC says because of recent rain, the water levels were higher, which likely allowed the manatee to swim through the drainage ditch from the Caloosahatchee River.