8 vehicles involved in I-95 pileup in Brevard County 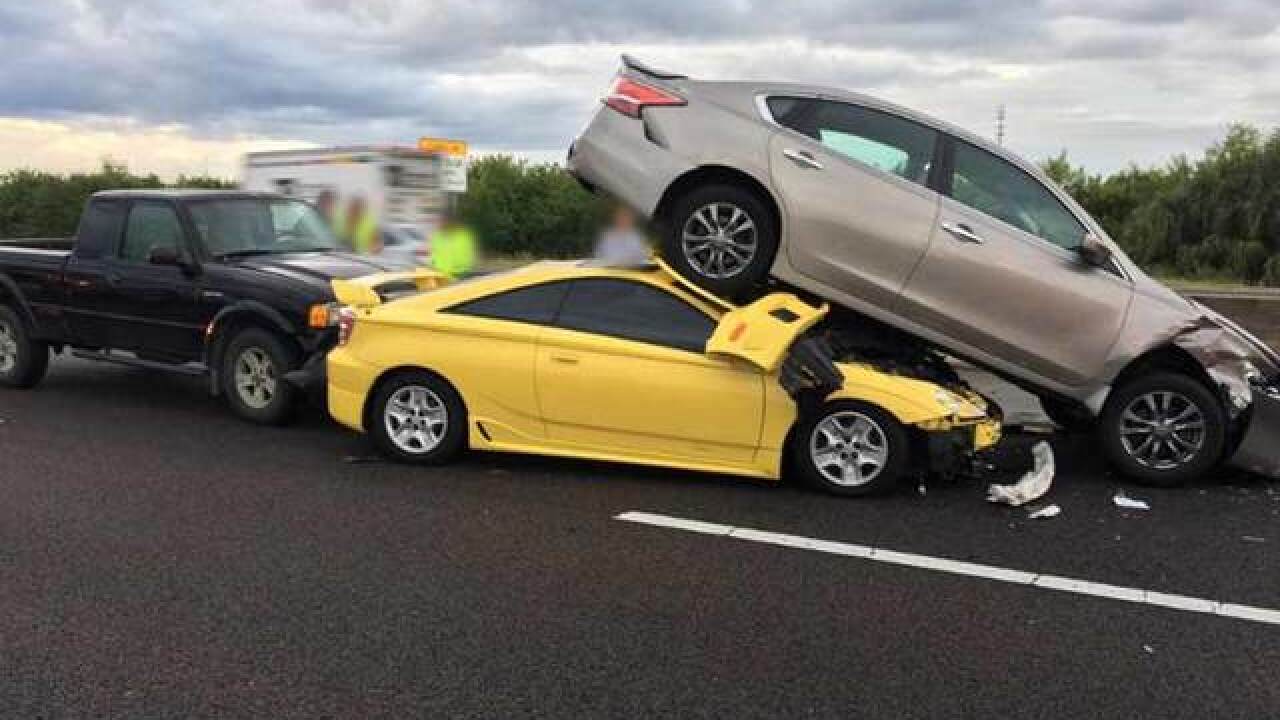 Drivers on Interstate 95 had a slow commute Monday morning in Brevard County after a pileup left multiple cars with heavy damage.

According to Brevard County Fire Rescue, eight vehicles were involved in a crash that injured at least one person.

The wreck happened around 6:47 a.m. on I-95 northbound at Fiske Blvd in Rockledge, Florida.

A photo from fire rescue showed one car with the wheels of another car on its windshield.

Fire rescue said 15 people refused to go the hospital, but one person was transported with injuries that were not life threatening.

Fiske/I95 update. 15 refusals, 1 for transport with non-life threatening injuries. 8 vehicles according to BCFR. Drive safely and remember to #MoveOver for emergency vehicles. #BCFR#BREVARDSBRAVEST#ROCKLEDGE#INTERSTATE95pic.twitter.com/v1AdrMdOtB