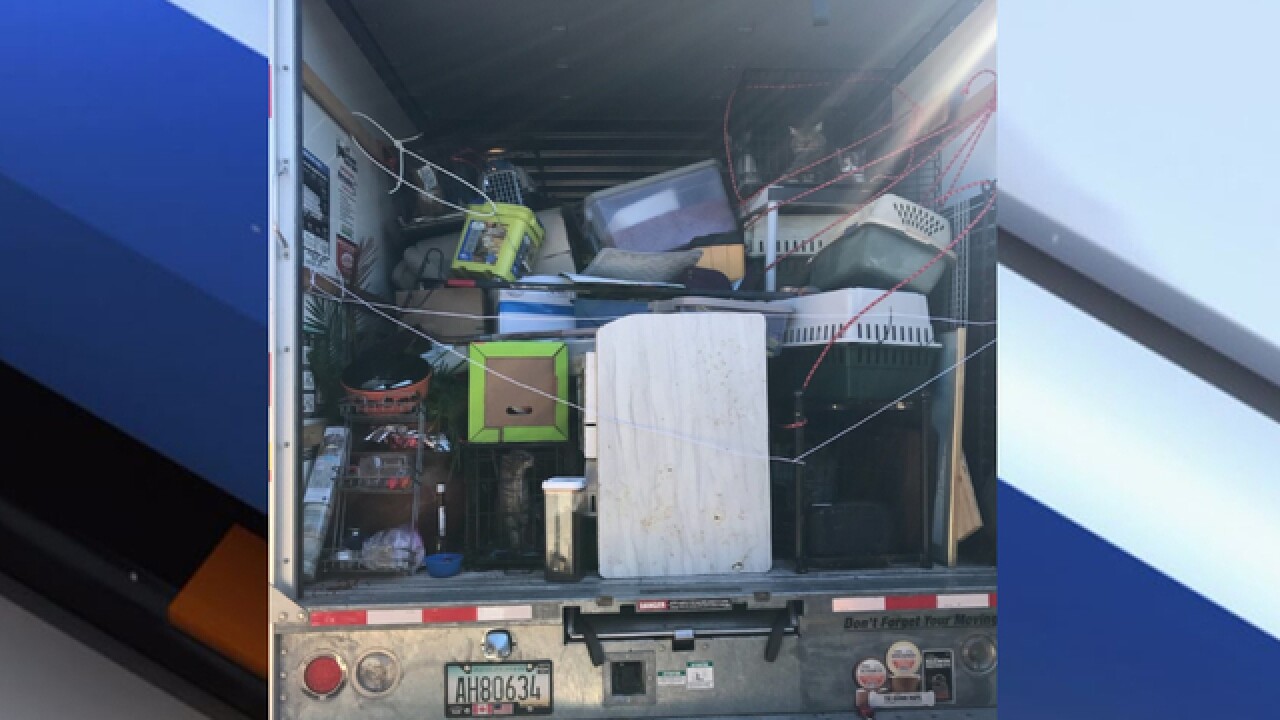 Cats were found under furniture packed into the truck and also in filthy cages stacked to the top of the compartment.

The cats were placed in the care of animal control.