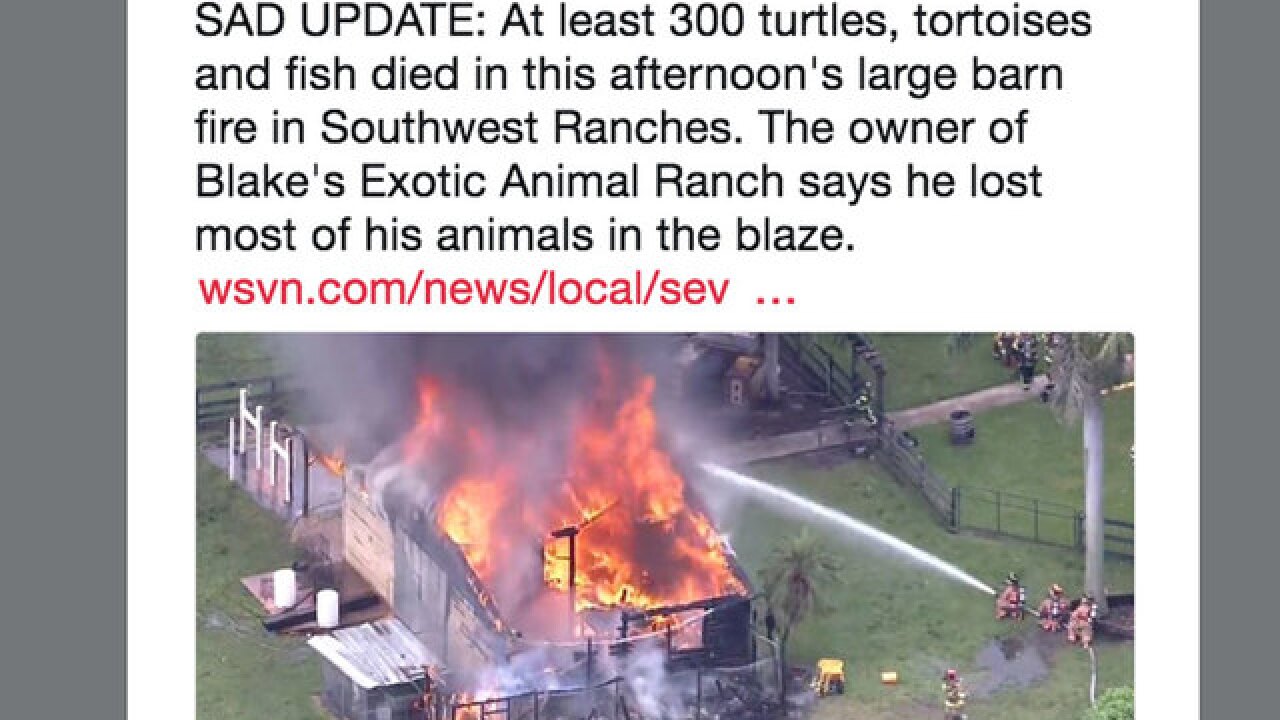 SOUTHWEST RANCHES, Fla. (AP) — The owner of a South Florida ranch says some 300 exotic animals have died in a fire.

Blake's Exotic Animal Ranch is in Southwest Ranches, which is west of Fort Lauderdale in Broward County.

Fire crews from Southwest Ranches and nearby Davie put out the fire.

Investigators said lightning may have struck the barn. They said the barn was completely made of wood.

The television station reports Kaldrimoglu runs a YouTube channel where he documented life at the barn.

SAD UPDATE: At least 300 turtles, tortoises and fish died in this afternoon's large barn fire in Southwest Ranches. The owner of Blake's Exotic Animal Ranch says he lost most of his animals in the blaze. https://t.co/VNsjZgBEmZpic.twitter.com/ZHugyesmlB