3,900 evacuees from the Bahamas have come to South Florida since Hurricane Dorian 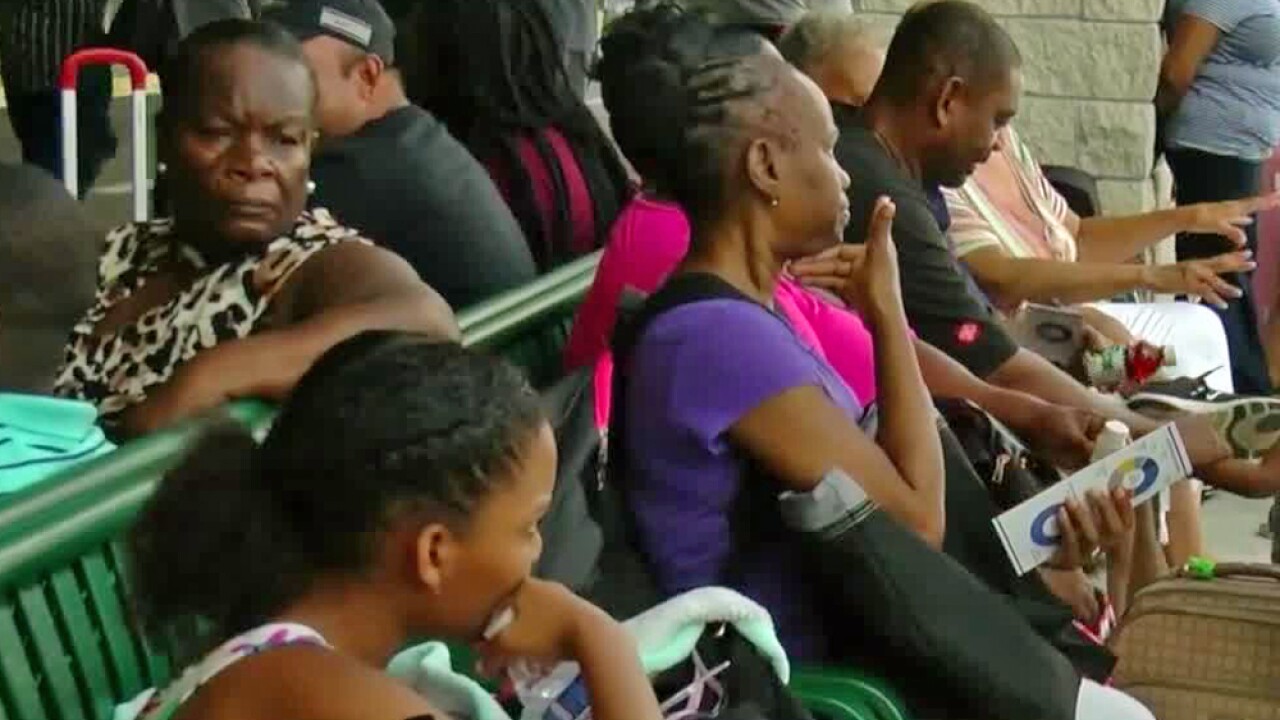 (CNN) -- About 3,900 evacuees escaping Hurricane Dorian's devastation in the Bahamas have been processed through South Florida by air and sea, officials said.

Only a few have been found inadmissible, said Diane J. Sabatino, CBP director of field operations. Officials are making those decisions on a case-by-case basis and among the reasons for inadmissibility, Sabatino said, are prior immigration violations and criminal histories. She would not provide CNN with the exact number of people who have been refused entry.

The number includes U.S. citizens, legal residents, Bahamians and people from other countries who evacuated the islands after the storm hit. It does not include first responders or volunteers. And it does not include traffic from Nassau stemming from normal business operations.

It's not business as usual for the 2,800 employees she manages, Sabatino said. Extra officers have been on hand to process evacuees and in cases of emergency the process has been expedited.

"We are very sympathetic. It is devastating what happened in the Bahamas. And our efforts have been in making sure that these people are received in a manner as safe as possible and certainly provided any support that they need when they come," Sabatino said. "We've had a number of medical evacuations, emergency medical evacuations, and making sure we are in no way delaying that process and expediting them."

The young evacuees are welcome at any district school and can register at a central welcome office, she said.

Backpacks loaded with school supplies are being provided to the students by the Education Foundation of Palm Beach County, which plans to open its school supply store so evacuated families can shop for free, Houston Trieste said.

The district's welcome center, which supports K-12 students "who were born or attended school outside of the United States," also connects families with community resources to get them settled, its website says.

The White House has increased staff to help expedite the processing of US visas for Bahamian evacuees, Florida Gov. Ron DeSantis said Tuesday.

However, no shelters are open for Bahamian evacuees in Florida, DeSantis said. And the Trump administration won't grant temporary protected status, a form of humanitarian relief, to Bahamians, according to an administration official.

TPS applies to people who would face extreme hardship if forced to return to homelands devastated by armed conflict or natural disasters. Therefore, the protections are limited to people already in the United States.

CNN reached out to the Department of Homeland Security and the State Department, which is among those generally involved in the consultation, for comment. State Department referred questions to DHS, which has not yet responded.