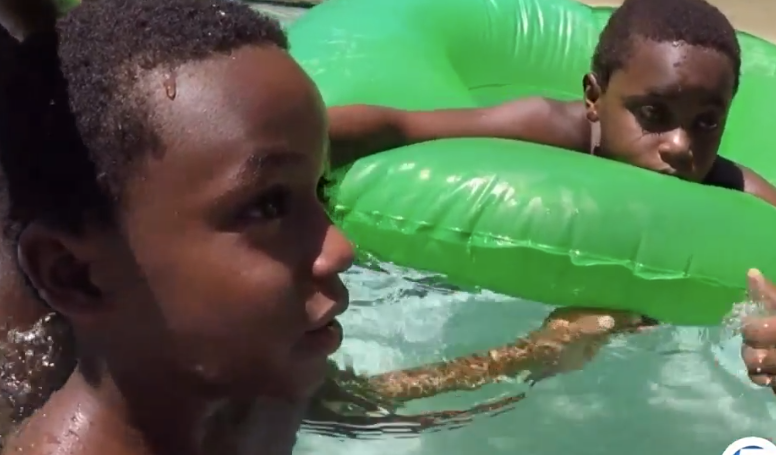 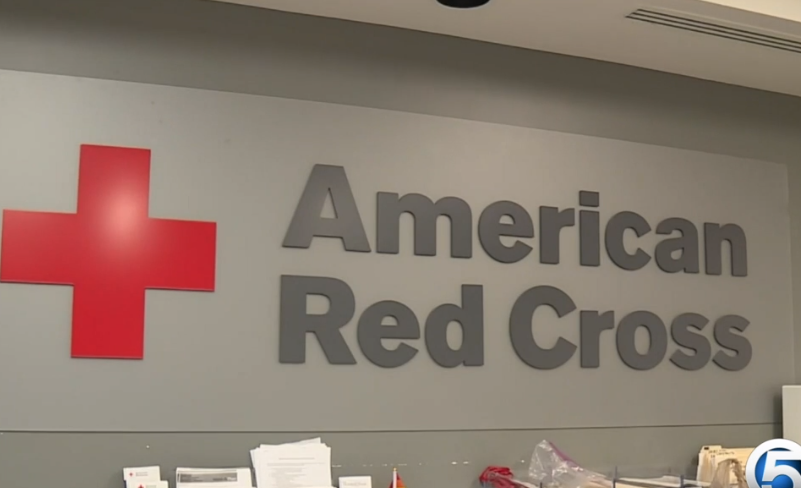 WEST PALM BEACH, Fla. — Storm victims are coming in by the droves to stay with friends and family here in Palm Beach County.

And while they’re happy for the opportunity to escape the desolation Hurricane Dorian left in the Bahamas, the transition still isn’t easy.

WPTV spoke with one family who just got off the plane from the Bahamas this week, as they spend their first 24 hours in the United States and their new lives.

WPTV profiled the family of nearly 30 people on Monday as they arrived from Freeport, Grand Bahama, on a Missionary Flight in Fort Pierce.

In the next 18 hours, the kids were already settling in — splashing in a pool at their aunt’s house in West Palm Beach.

For them, it’s a break from the trauma of Dorian.

“I was scared, because the wind was blowing everything off the roof,” said Jameko Miller, who is in the fifth grade.

He’s adjusting to a different life after the devastation. For Jameko and his brother, the missionary flight out of Grand Bahama was his first plane ride ever and it’s also the first time he’s ever set foot in the U.S.

“It’s wonderful, I want to stay,” he said, splashing in the pool with his brother and cousins.

They family is now staying at five different homes of relatives in Palm Beach County. One house is packed with eight people, another with five. But the family said it’s what they have to do to help each other amid the disaster.

“It’s almost like a command center, where we called around to see what we’re going to do as a family,” said Keith Thompson, a relative who has lived in the United States for decades and helped bring the family here. “In times of crisis and emergency, we come together.”

Thompson is retired from the military and understands the effects of PTSD and other issues that come about in such a traumatic event.

“We’re still trying to get everybody situated,” he said. “It doesn’t stop there, we need to make sure that they’re comfortable going forward.”

His cousin, Nicola Rolle, is still in shock over losing her home to flood and high winds in Freeport.

“The storm was something that we didn’t expect,” she said. “I can’t even describe the damage to you. It’s unbelievable.”

After the storm, she knew she couldn’t stay.

“The lines are so long to receive stuff that people are fighting for food and water,” she said. “It’s just a lot to take children through.”

Now that they’re safe in West Palm Beach, she said it could be at least two years until Freeport is livable for her large family again. So for now, her next thought is getting the kids to school.

“This is going to set them back a long way, not being in school,” she said.

The kids told me they yearn to go back to school as soon as possible.

“We can’t go back to school because our school is destroyed,” said Kieano Rolle, who is 13 and in middle school.

Jameko and his relatives said they miss playing sports like basketball and baseball.

“I’m really excited. I miss school," he said. "I really like math and grammar."

Others are also hopeful to find work to support the families supporting them.

“According to the law, whatever policies the administration passes — get them a job, some sort of livelihood,” said Thompson.

He said the family is in this for the long haul.

“This is going to be a long-term project, about a year to two. Bahamians are very hard working people. We’re very family oriented,” he said.

But they can’t do it alone, as the family is expecting even more relatives to arrive from the Bahamas.

“It’s a tragedy but going forward, we need to all chip in and make any kind of contribution to make these people’s lives better,” Thompson said.

“Anything, anything that can be given on to us right now we would appreciate it,” said Rolle. “Just help each other out. Because everybody is going to need help at one point in time. This is our time. We need the help right now.”

Bahamians locally who need assistance with food or supplies are asked to call 211 on a phone for the United Way to connect them with the right resources for food, supply, and medical needs.

Bahamian families who are expecting to be in Palm Beach County for the long-term are asked to call the following number to get their children registered for school: 561-434-8197

The Welcome Center for families is located in the 'E' building at the school district headquarters on 3300 Forrest Hill Blvd in West Palm Beach.

On Wednesday, an immunization bus will be on-site to assist families. Please call the number for further details.