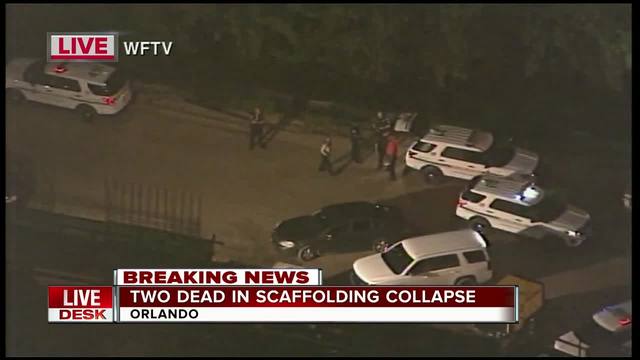 Fire Rescue said two workers building a hotel near Disney World died Wednesday after plunging from the sixth floor after a scaffolding collapse. 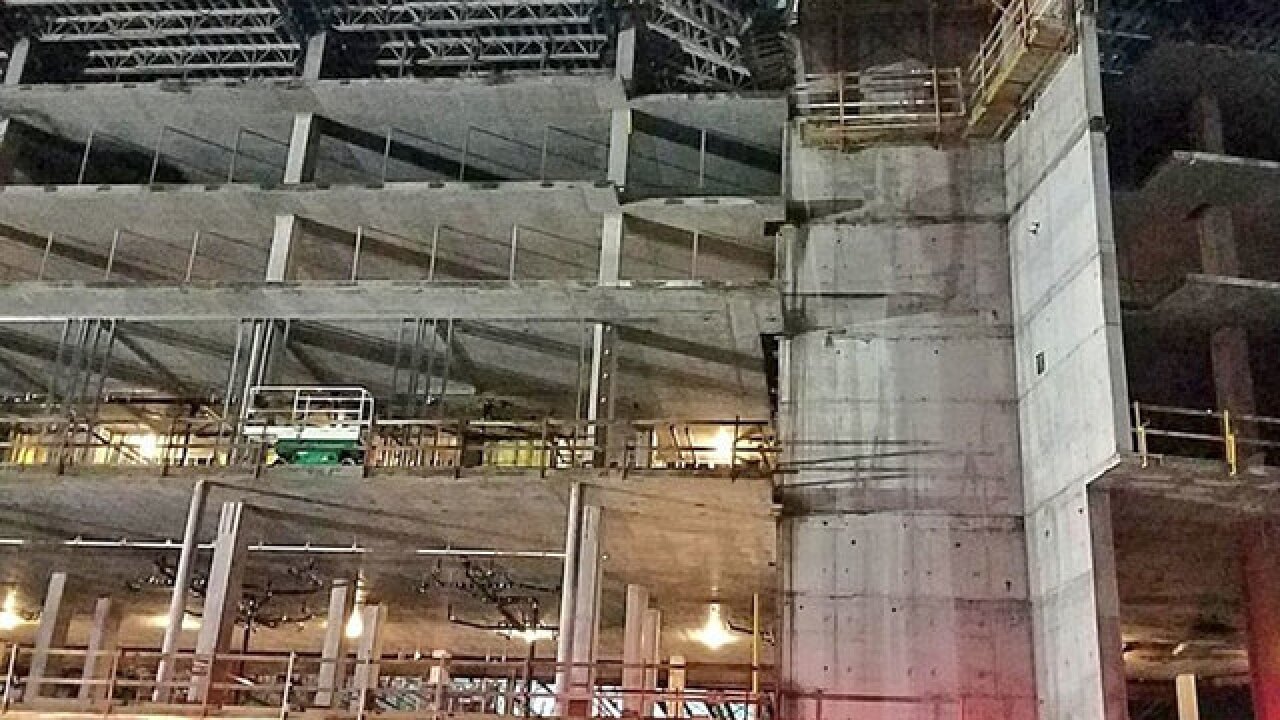 ORLANDO, Fla. (AP) — Officials say they don't know what caused scaffolding to collapse, sending two construction workers falling to their deaths early Wednesday as they were pouring concrete on the seventh floor of a 16-story hotel under construction near Disney World.

"They were on the scaffolding, and for reasons unknown at this time, that support structure gave way, sending two workers plummeting to the ground below. A third worker managed to hang on and climb to safety, Jachles told The Associated Press.

Marriott International has described the project as a 16-story, $282 million JW Marriott Orlando Bonnet Creek Resort, featuring 516 rooms near Orlando's popular theme parks. It's owned and developed by DCS Investment Holdings, a private equity group based in West Palm Beach, Florida, which is owned by Dwight C. Schar, co-owner of the Washington Redskins.

"We are deeply saddened by the tragic accident that took place earlier today," said Jeff Flaherty, who handles global communications and public affairs for Marriott. "Our thoughts and prayers are with the family and loved ones of the workers who died."

Flaherty said the construction of the building is being managed by DCS Investment Holdings, which had no immediate comment.

Orange County Sheriff's spokeswoman Ingrid Tejada-Monforte identified the deceased workers as Lorenzo Zavala, 34, and Jerry Bell, 46. She said both men had died of their injuries by the time rescue crews arrived.

Jachles said it happened at the top of the construction project, which is still in the concrete-pouring stage. The Orange County Sheriff's office and the U.S. Occupational Safety and Health Administration will investigate, he said.