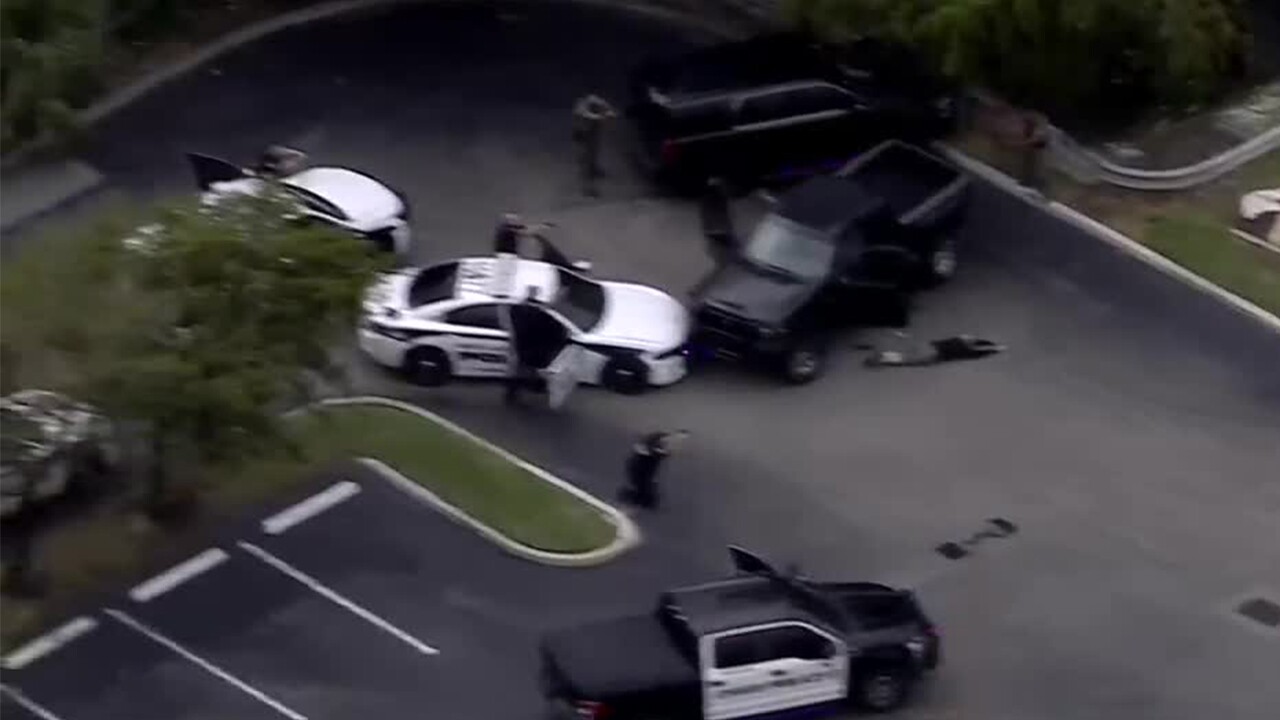 BROWARD COUNTY, Fla. — At least two suspects were taken into custody after police were involved in a high-speed pursuit of a pickup truck in South Florida Thursday afternoon.

Footage showed the suspects in a black pickup truck being followed by officers on interstates and side streets in Broward County.

At one point, a passenger was let out of the truck and was seen putting their hands up as the truck continued to flee.

The pursuit continued until the truck went into a parking lot and was rammed by a police SUV. Officers moved in and the driver was taken into custody.

This article was originally published by our news partners at WTVJ NBC 6.