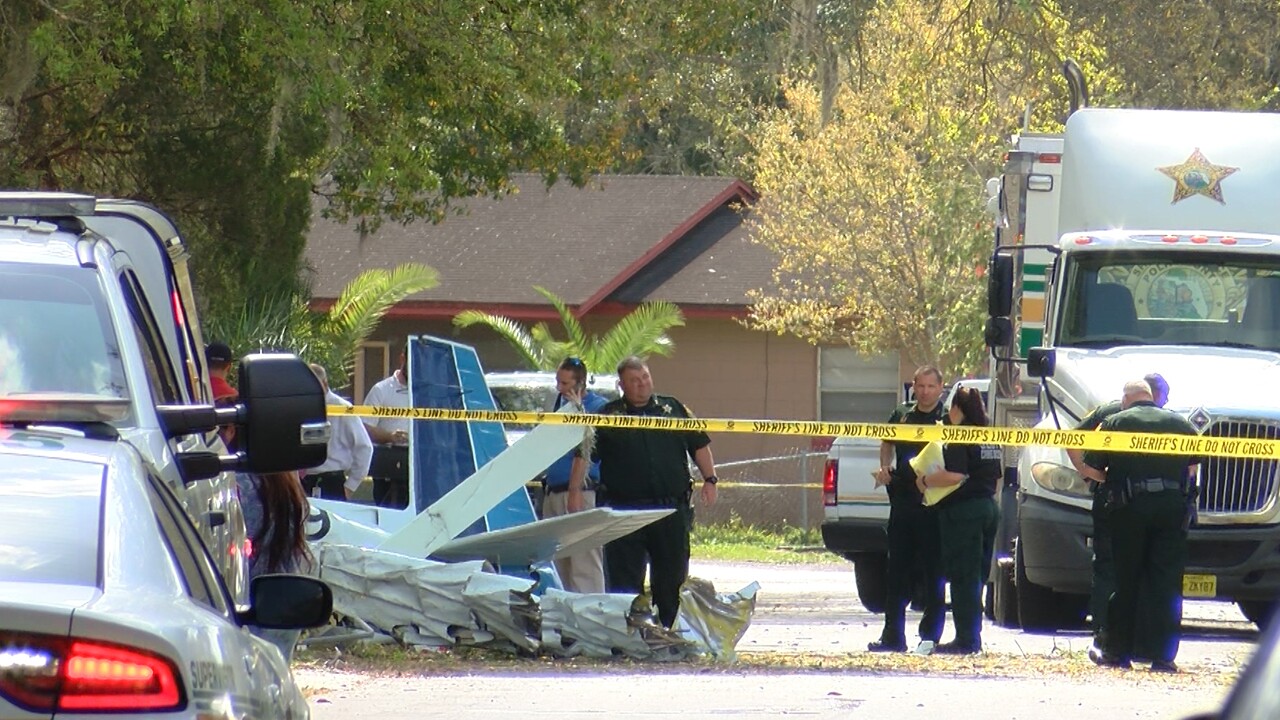 BARTOW, Fla. — (WFLA/WFTS) - Two people were killed Thursday after a plane crashed in the front yard of a home in Central Florida.

The incident occurred in the town of Bartow in Polk County near the city’s executive airport around 11:15 a.m.

The two victims were on board the plane, according to fire rescue officials.

The type of aircraft that crashed has not been released.

Officials with the FAA are on their way to the scene. They say the National Transportation Safety Board will determine what caused the crash.

Refresh the page for updates.