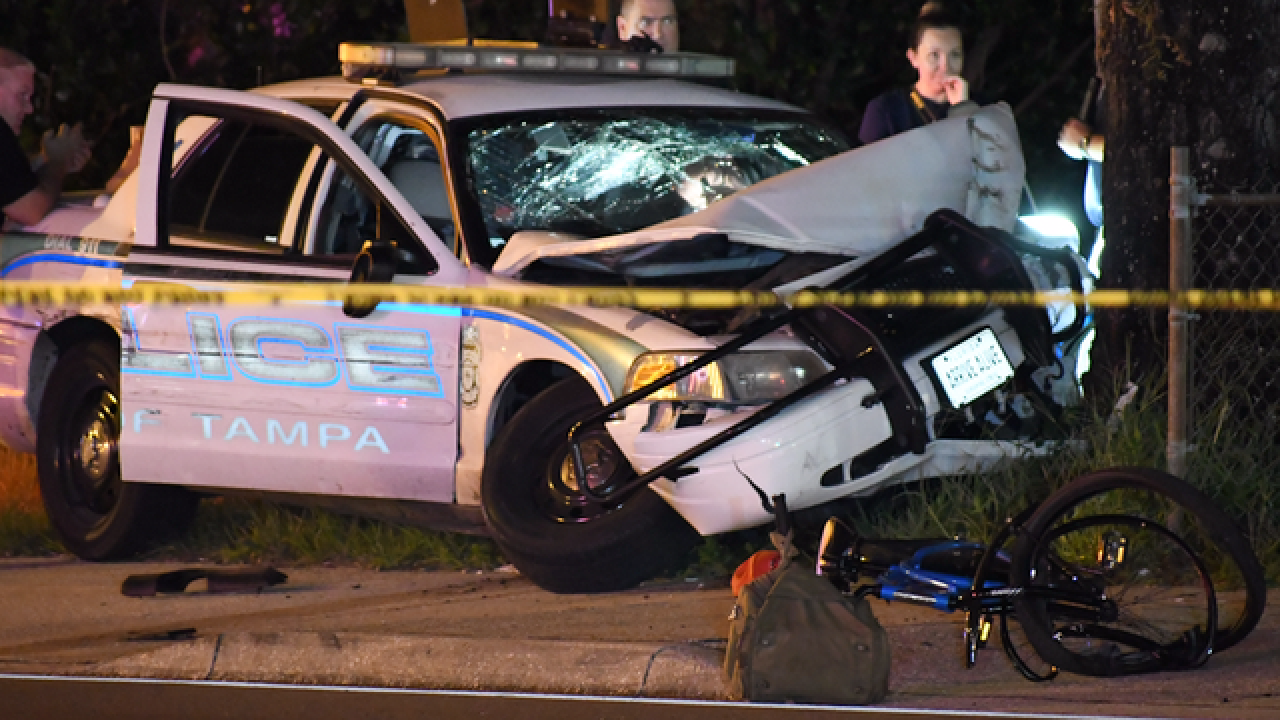 &lt;p&gt;Two Florida police officers were injured when a patrol car hit a tree while responding to an emergency call.&lt;/p&gt;

TAMPA, Fla. (AP) — Two Florida police officers were injured when a patrol car hit a tree while responding to an emergency call.

Tampa police said in a news release that the crash happened late Wednesday in Tampa.

Police said the officer who was driving swerved to avoid a car that entered the lane of traffic. A bicyclist was also injured in the crash.

The driver and the bicyclist remain at the hospital. The release said the passenger was a reserve officer who was treated and released.

No additional details were available.