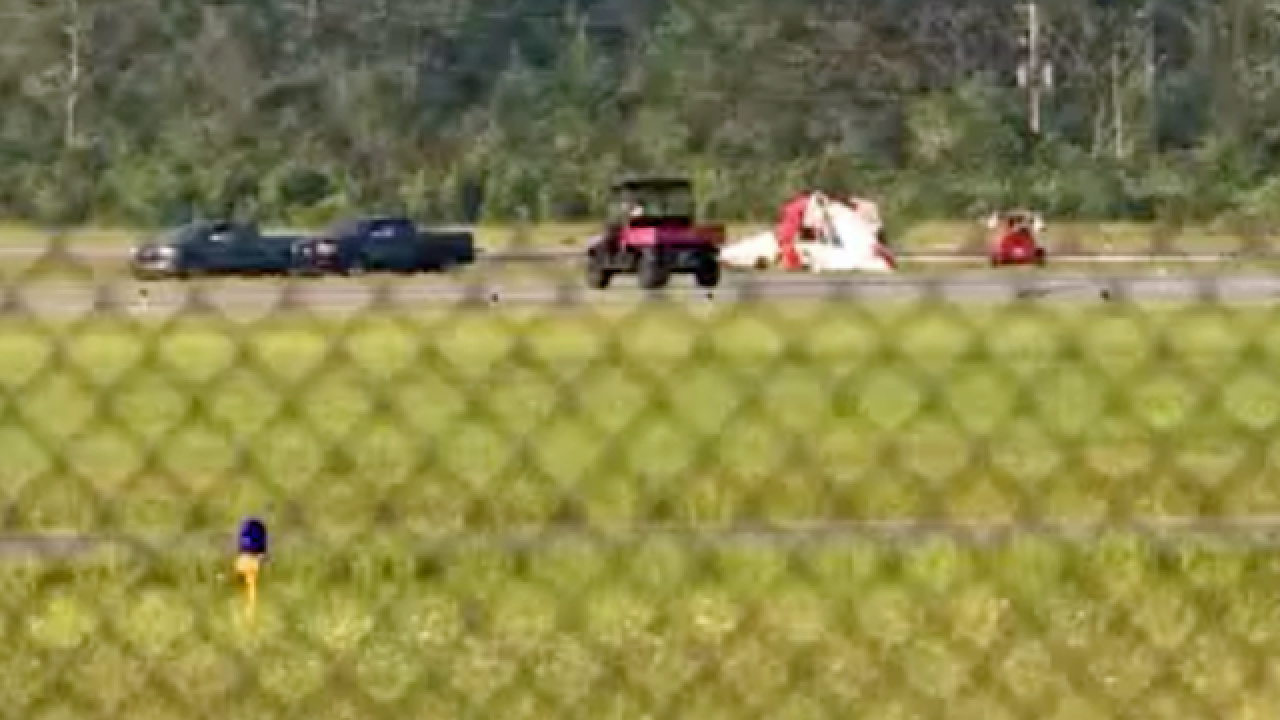 &lt;p&gt;A married couple died Thursday night after a small airplane crashed on the runway at the Palatka Municipal Airport Airport.&lt;/p&gt;

The crash happened Thursday night in Palatka, which is in north Florida. The National Transportation Safety Board plans a briefing on Friday regarding the crash of the Piper PA-24.

Authorities tell news outlets the plane was taking off when it crashed in the grass along a runway at kay Larkin Airport in Palatka.

News outlets are reporting that the victims were a married couple from Gainesville. They stopped at the airport for fuel and the crash occurred a short time later.

The names of the victims haven't been released.