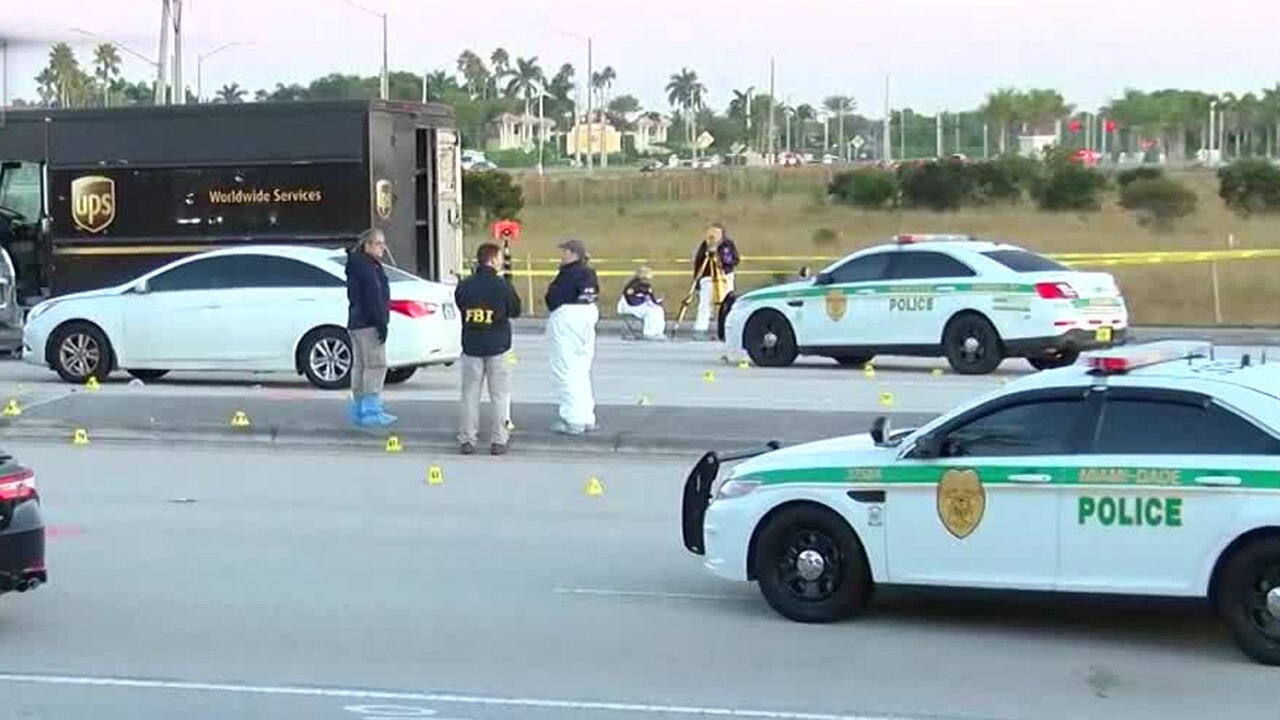 More than 20 officers may have opened fire in a busy South Florida intersection during a shootout between police and two delivery-truck hijackers earlier this month that left four dead, according to preliminary findings from the Florida Department of Law Enforcement.

The preliminary findings were presented by an FDLE agent to the Miami-Dade Community Relations Board’s Criminal Justice and Law Enforcement Committee Wednesday morning.

According to the agent, 21 officers may have opened fire and 195 bullet casings were recovered from the scene of the Dec. 5 shooting in Miramar.

The incident began when a UPS truck was hijacked by two cousins who had robbed a Coral Gables jewelry store, and the two led police on a wild rush hour chase into Broward County. The two suspects, Lamar Alexander and Ronnie Jerome Hill, along with the UPS truck's driver, Frank Ordonez, were killed in the shootout, along with Richard Cutshaw, a motorist who was in the area.

Authorities are still investigating the shooting.

This story is from our news partner NBC 6.

#NEW @NBC6 According to FDLE agent, the autopsy reports on @UPS truck driver, innocent bystander, and two suspects is complete. Prelim. investigation: 21 officers may have opened fired, 195 bullet casings were found in Miramar. Hours of police radio calls have been turned over. pic.twitter.com/SdxZJ694CV