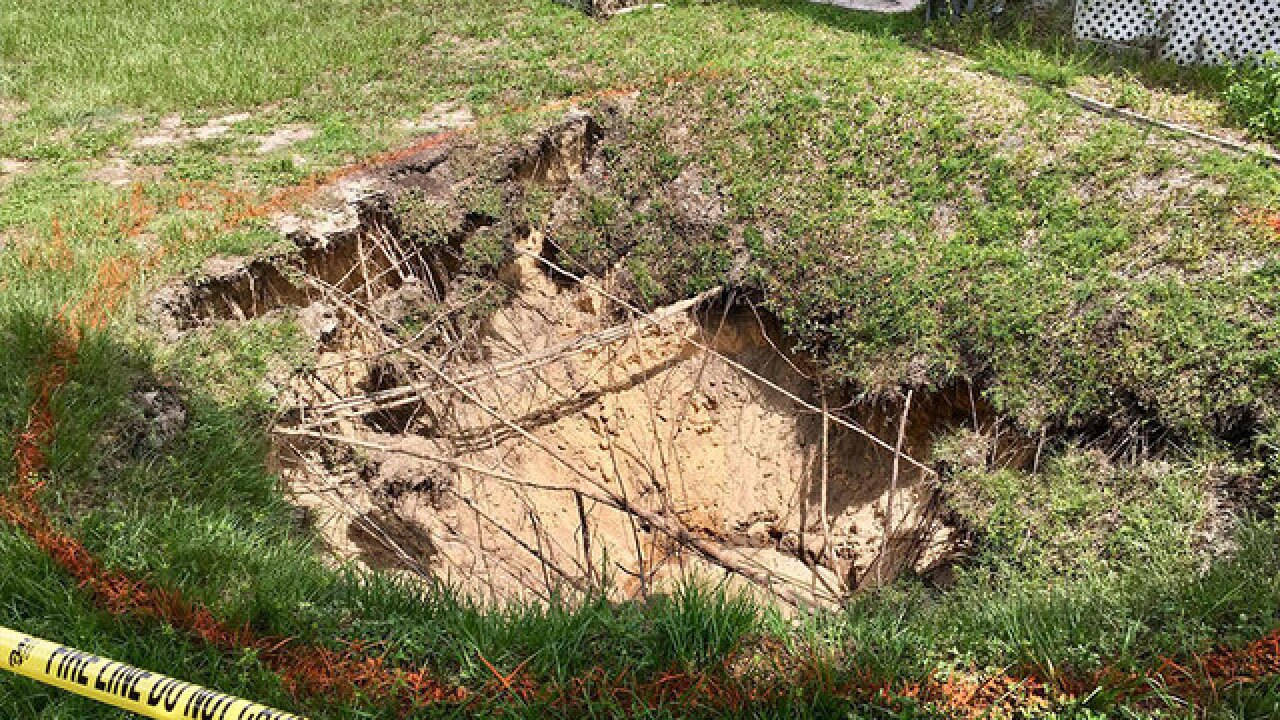 The depression opened up in the Moon Lake area of Pearl Drive. It is an approximate 15 square feet and is about 10 feet deep in the backyard of two mobile homes, according to fire officials.

Pasco County Emergency Management and Fire Rescue have called for the voluntary evacuation of six homes immediately surrounding the area. Residents of four homes have chosen to evacuate and one home is vacant. Residents of the sixth have decided to stay in their home.

The depression is on private property, and Pasco Emergency Management is currently awaiting a building inspector to evaluate homes in the area.

Pasco County officials are unable to call it a sinkhole until a geologist is on the scene.