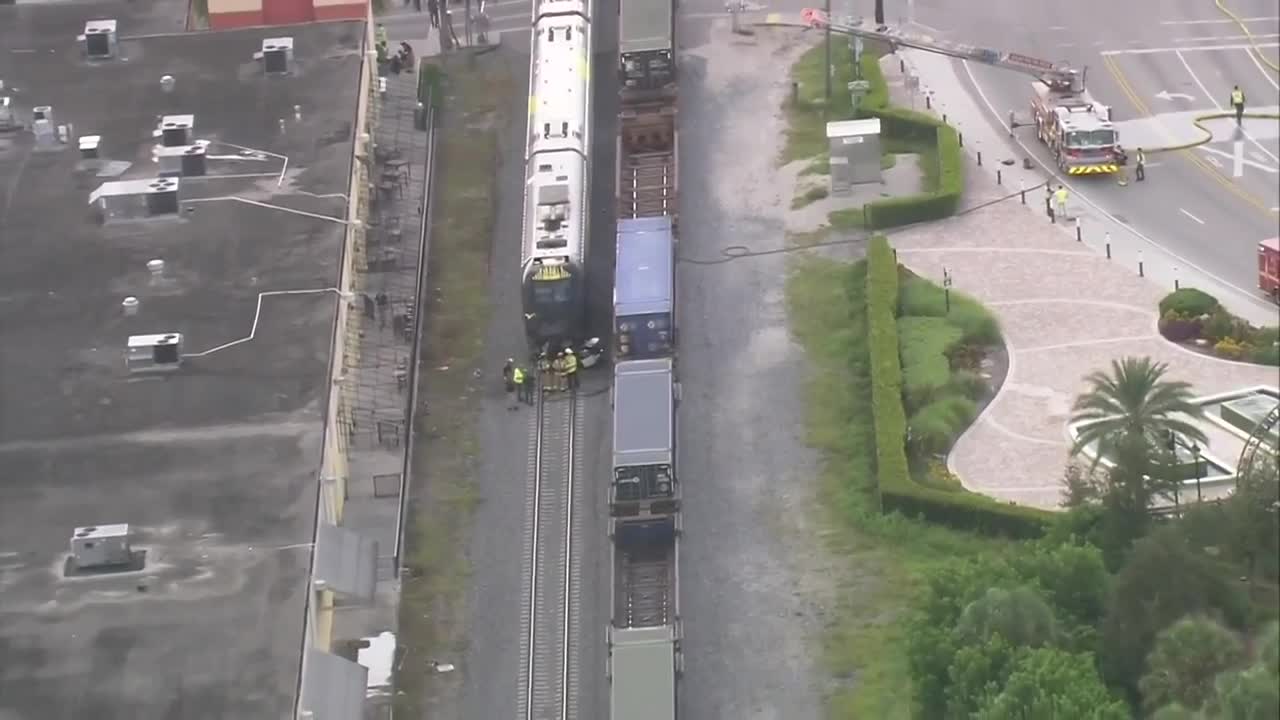 A Brightline train collided with a vehicle Thursday in Broward County. At least one person died. 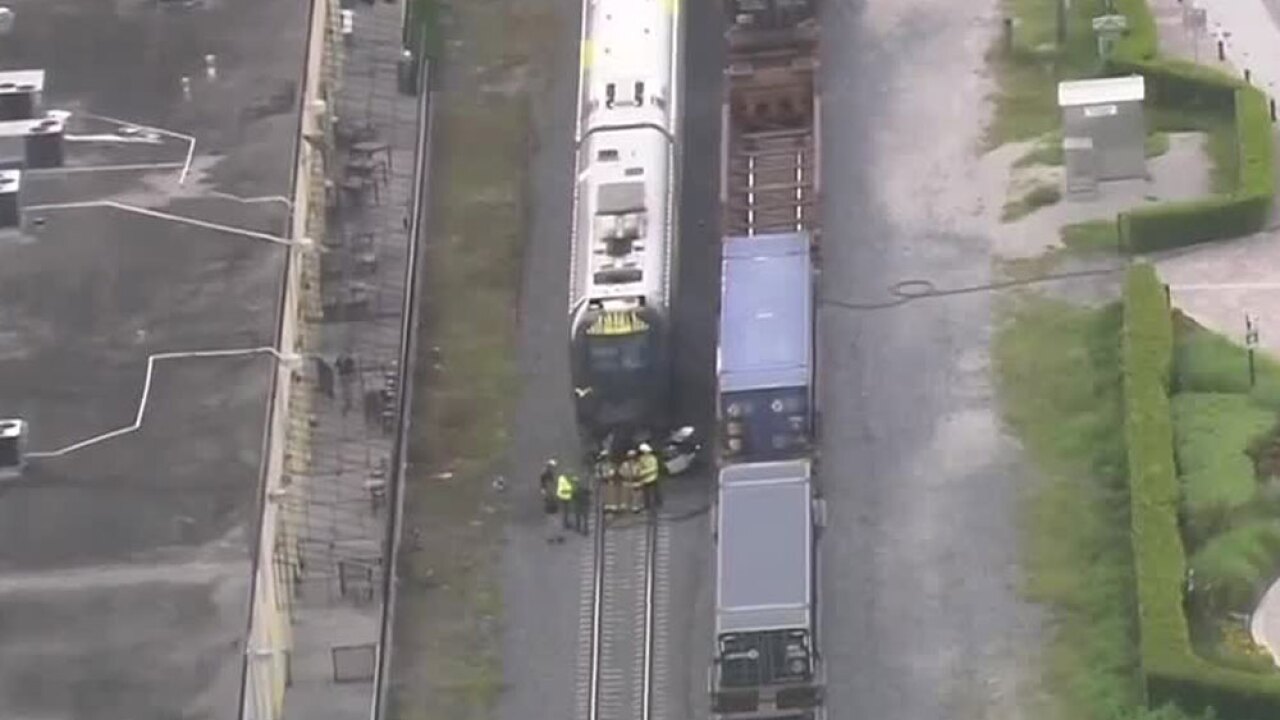 OAKLAND PARK, Fla. (AP) — Officials say a man driving a sports car was killed while trying to beat a train at a railroad crossing.

News outlets reports that the crash between the Maserati and the Brightline train occurred Thursday morning in Oakland Park. The train dragged the car several blocks before coming to a stop.

Oakland Park Fire Rescue spokesman David Rafter says it appears the Maserati driver went around the guard gates to beat a freight train and didn't realize the Brightline train was approaching from the other direction.

The car's driver was the only reported death, but a conductor on the train was taken to a nearby hospital.

Impact of the crash was so strong, can’t identify vehicle type by looking at it, windshield laying 75 feet or so away, Brightline train is 600 yds up the track from where vehicle came to rest. @nbc6 pic.twitter.com/1pnwNEd1KV