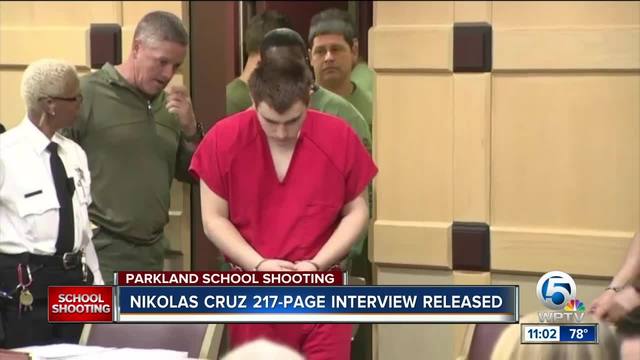 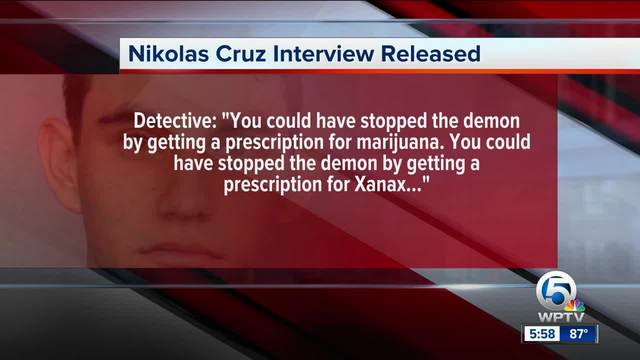 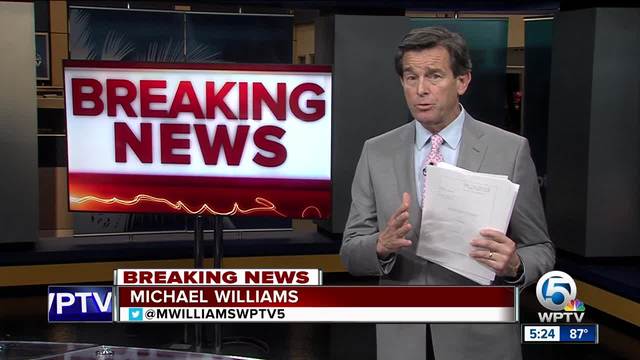 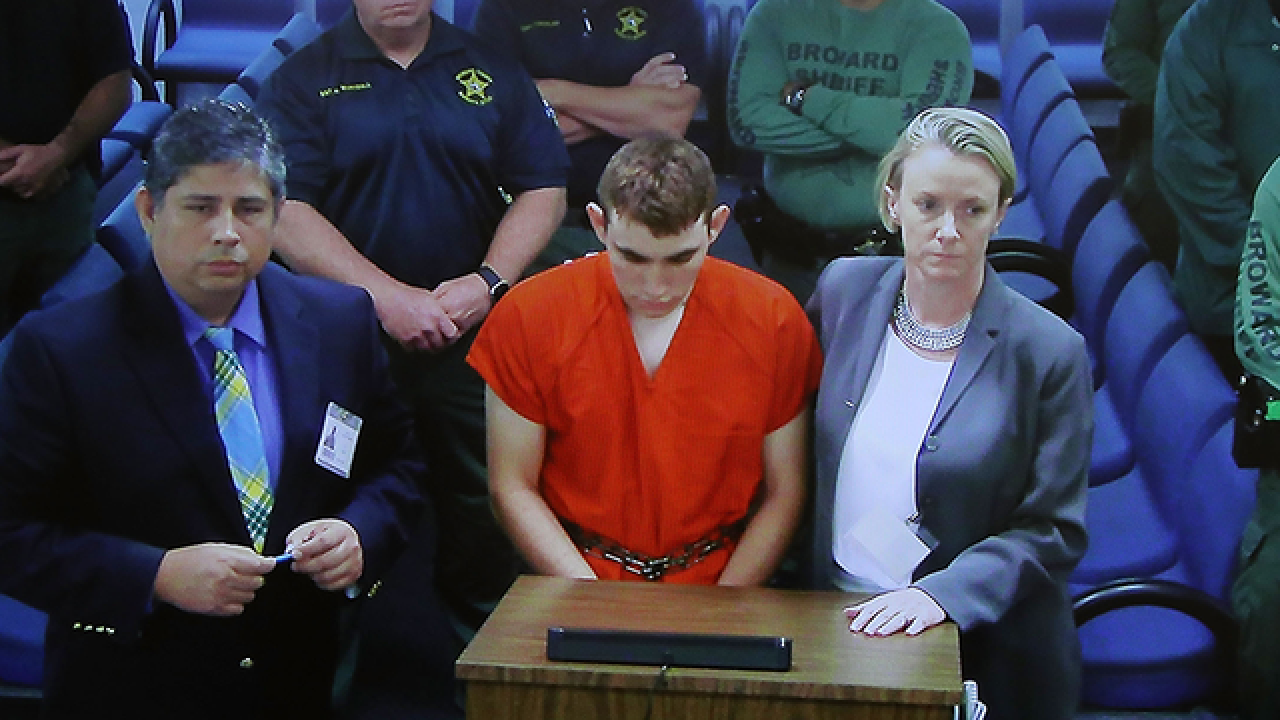 PARKLAND, Fla. — On Monday, the State Attorney's Office released a 217-page transcript of Nikolas Cruz's conversation with a Broward Sheriff's Office detective hours after he was arrested on Feb. 14 for opening fire at Marjory Stoneman Douglas High School killing 17 people.

The interview was conducted by Detective John Curcio on Feb. 14, at 6:09 p.m.

The detective began with a series of standard questions, such as asking Cruz his name, where he was born and how old he is.

Shortly after the interview began, the detective leaves the room to get some water. While he was alone in the interview room but still being recorded, Cruz said, "Just kill me. Just f***ing kill me. F***."

Later in the interview, Cruz admitted to detective Curcio that he was depressed, going back to when his mother was still alive.

Cruz described loneliness and solitude as reasons for his depression.

Detective Curcio: Solitude? You don’t have a lot of friends?

The detective asked Cruz why he stopped going to Marjory Stoneman Douglas, to which Cruz blamed his depression and incidents that happened at the school.

Later on in the interview, Cruz talks about hearing demons.

Detective Curcio: What are the demons?

Detective Curcio: Tell me about them. What are the voices about?

Cruz: It's one — it's another voice, the evil side.

Detective Curcio: Okay. And how long has that voice been going on?

Detective Curcio: What does it tell you to do?

Detective Curcio: Did the voice tell you to buy that AR-15?

The alleged school shooter told the detective that when he didn't listen to the voice, it would tell him to cut himself. Cruz described the voice as his only friend, that kept him from being alone.

Detective Curcio: Why didn't you stop it then?

Cruz then requested the presence of an attorney.

Cruz faces the death penalty if convicted of the attack.

Nikolas Cruz repeatedly told a detective that it was a demon, one that kept him company, that told him to buy a gun and hurt people.

“If we take that at face value, what we can take from that is he some kind of a diagnosable psychotic disorder,” said Dr. Raphi Wald, a psychologist. Dr. Wald says it could possibly set up a not guilty by reason of insanity defense.

But Cruz would later poke holes in that argument.

Cruz told detectives that he would smoke marijuana or take Xanax and that would make the voice go away. Dr. Wald said there’s no scientific evidence that either of those drugs work in that capacity.

“You’d expect a lawyer to bring that up if he was going for a not guiltily by reason of insanity defense,” Dr. Wald said.

Cruz also told the detective that he would kill birds purely for fun.

“Which is really a hallmark of somebody that is on their way to becoming a psychopath or sociopath later in life,” Dr. Wald said.

So how do we make sense of all this?

“There’s really a muddled picture and I think there’s a little bit of truth from everything that we’re hearing,” Dr. Wald said.