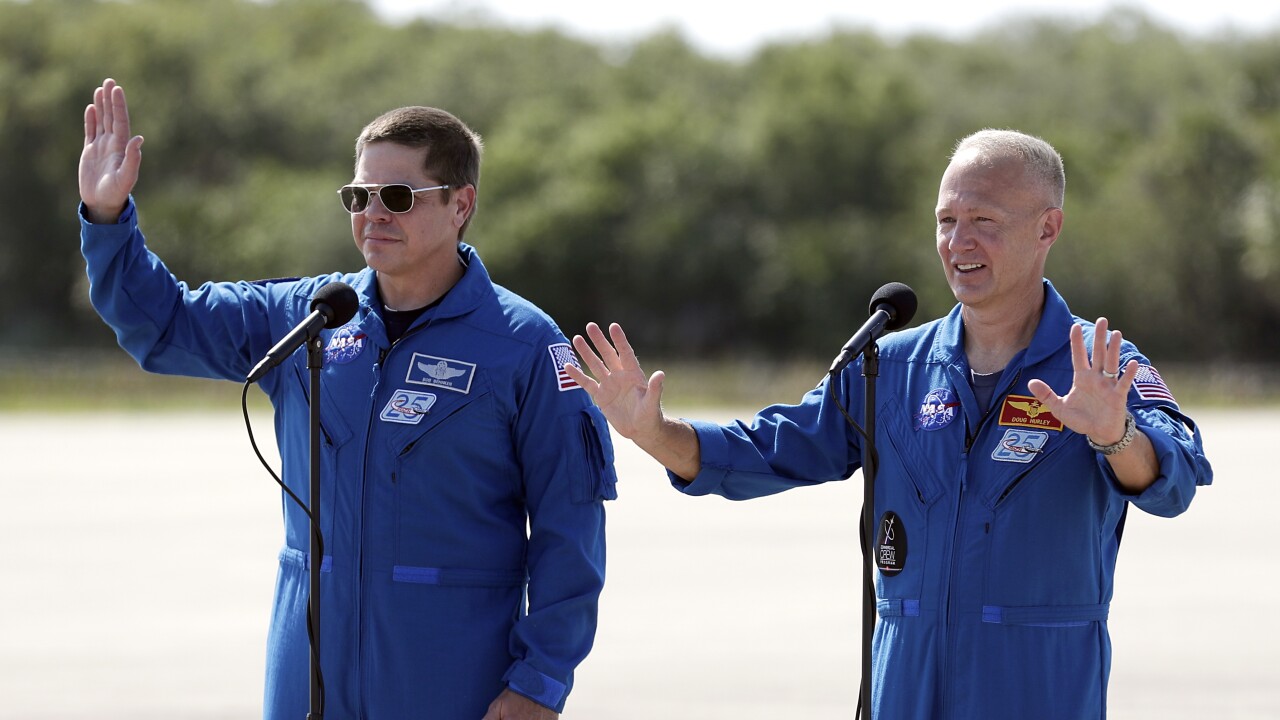 (Copyright 2020 The Associated Press. All rights reserved. This material may not be published, broadcast, rewritten or redistributed.)
John Raoux/AP
NASA astronauts Bob Behnken, left, and Doug Hurley wave as they leave a news conference after they arrived at the Kennedy Space Center in Cape Canaveral, Fla., Wednesday, May 20, 2020. The two astronauts will fly on the SpaceX Demo-2 mission to the International Space Station scheduled for launch on May 27.

CAPE CANAVERAL, Fla. —The two astronauts who will test drive SpaceX's brand new rocketship and return human orbital launches to the U.S. are classmates and friends. They're also veteran spacefliers married to veteran spacefliers, and fathers of young sons. Retired Marine Col. Doug Hurley will be in charge of launch and landing, a fitting assignment for the pilot of NASA's last space shuttle mission. Air Force Col. Bob Behnken will oversee rendezvous at the International Space Station. They'll end a nine-year launch drought for NASA when they blast off aboard a SpaceX Dragon capsule atop a SpaceX Falcon 9 rocket from Florida. Liftoff is set for next Wednesday.