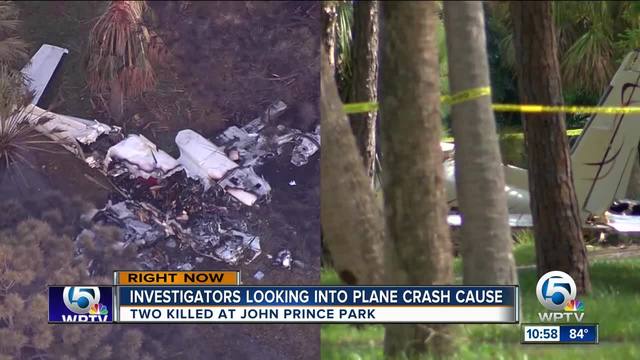 Investigators are looking into the cause of Sunday plane crash that killed two people at John Prince Park near Lake Worth. 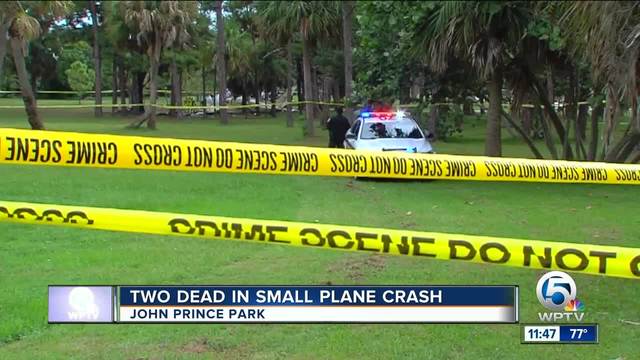 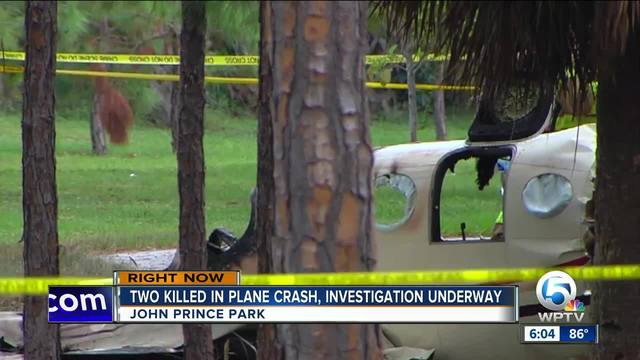 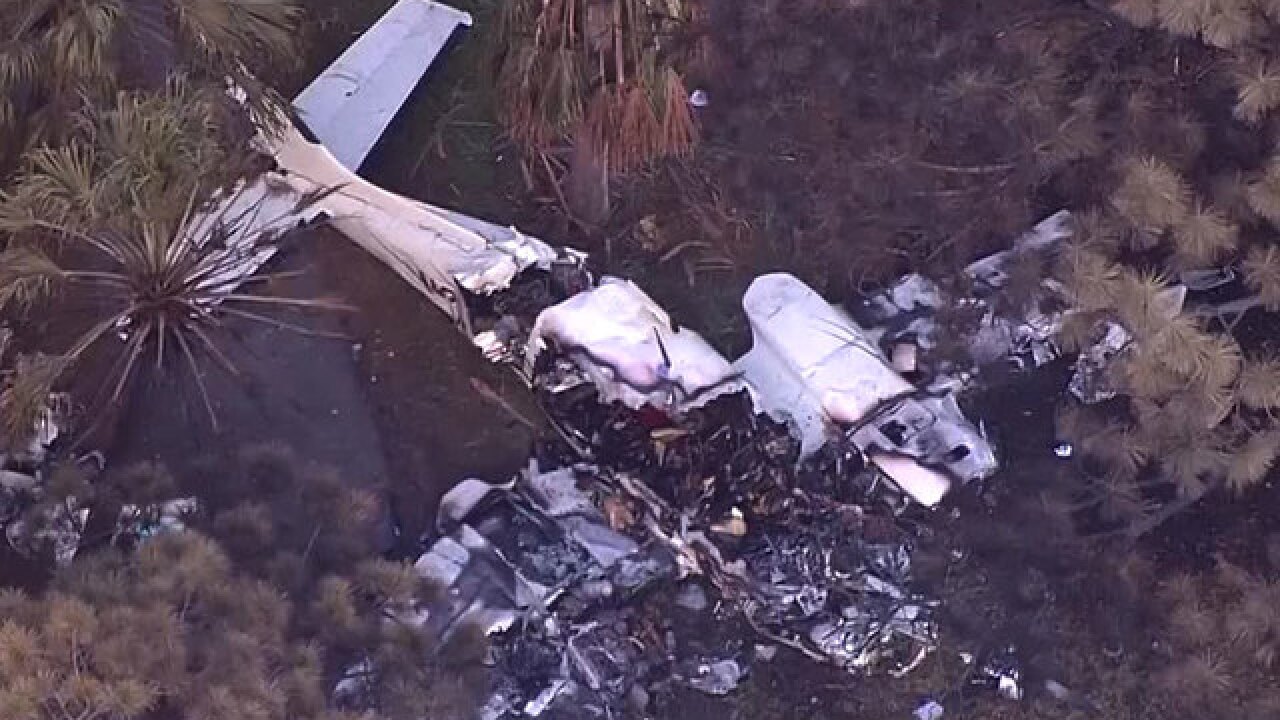 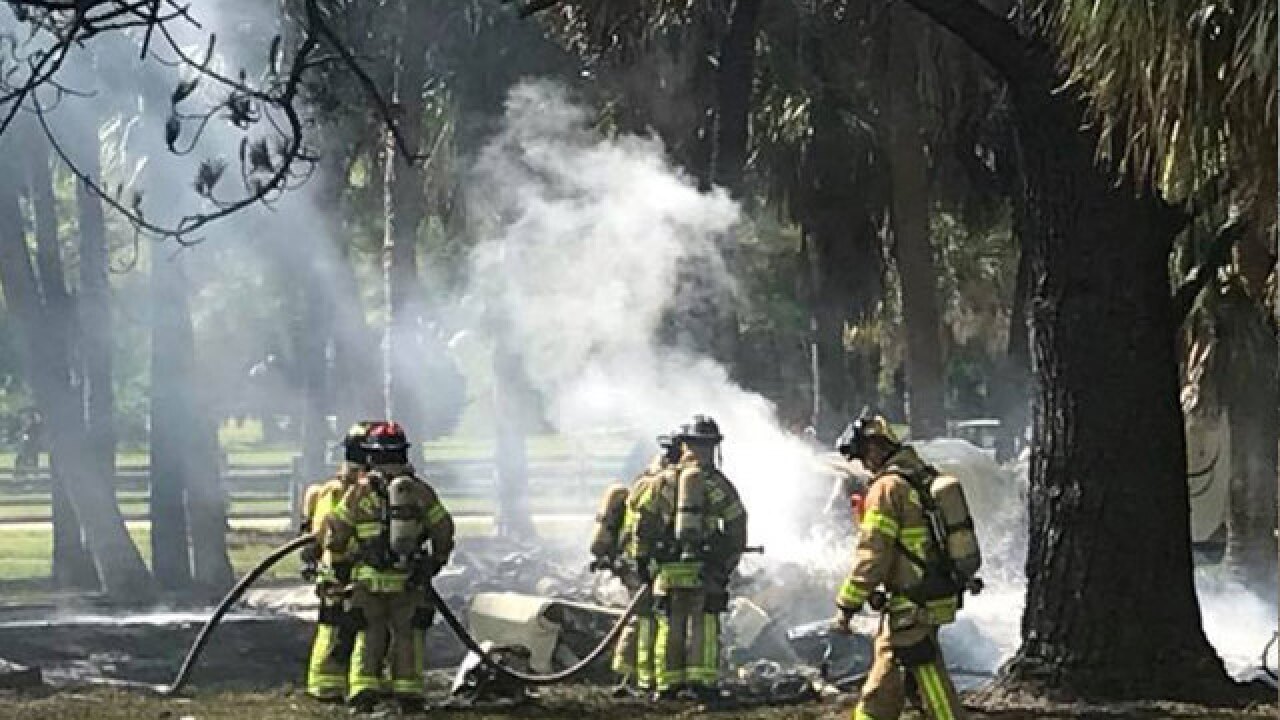 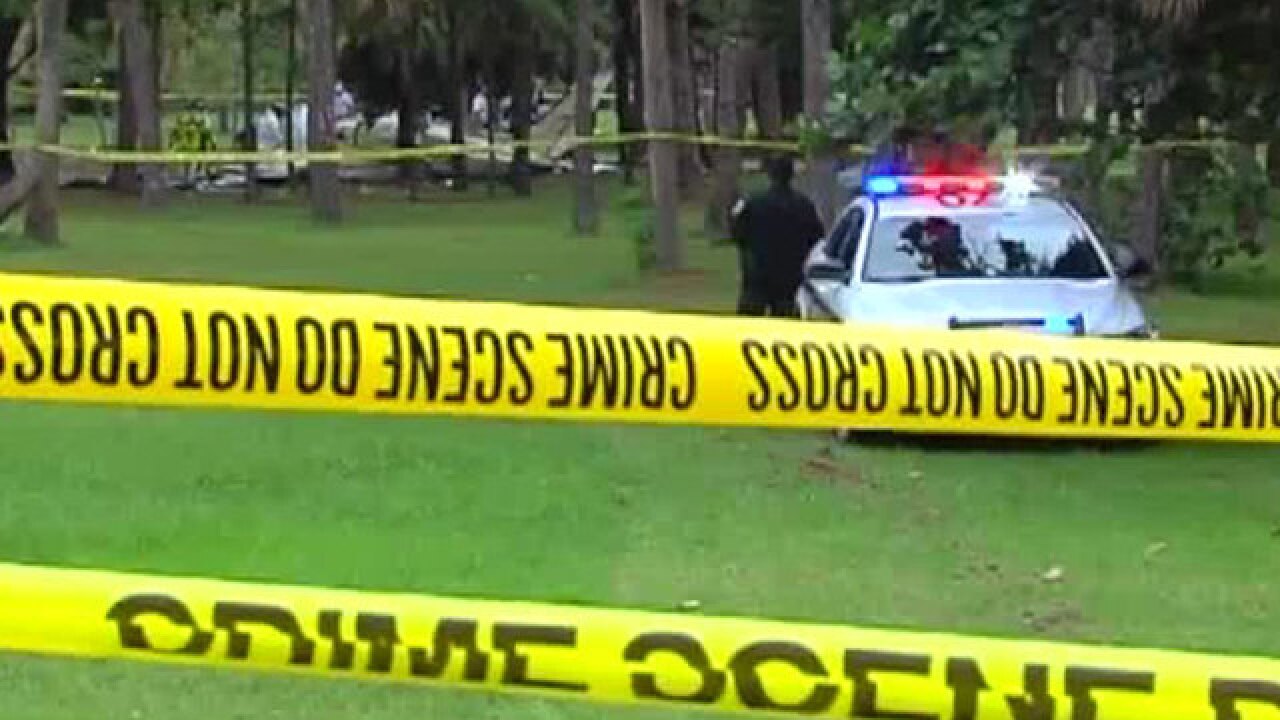 Two people were killed Sunday morning when their twin-engine Cessna 335 crashed at John Prince Park near Lake Worth.

On Monday the Palm Beach County Sheriff's Office identified the victims as Philip Castronova, 70, and 39-year-old Mandy Castronova, both of Lake Worth.

PBSO did not say which person was the pilot.

This location is about a mile northeast of the Palm Beach County Park Airport.

The FAA said the flight originated from Key West. An NTSB investigator said the plane was headed to the County Park Airport in Lantana.

"We have just begun our investigation which can ultimately take 18-to-24 months," said NTSB Air Safety Investigator Doug Brazy.

He said representatives from the FAA, Cessna, and the engine manufacturer are assisting the NTSB with the investigation.

I am standing on sidewalk on 6th Avenue South and this is the view of the plane. It crashed pretty close to the road. Maybe couple hundred feet? pic.twitter.com/0AZhEkxTIL

The Cessna C340 was on fire when Palm Beach County Rescue arrived, and the agency worked to put out the flames.

Witness Larose Quince was driving on 6th Avenue south when she saw the plane fall from the sky in a circulation motion.

“I was on my way to church and got on the phone and called 911, and then I saw a puff of smoke,” said Quince.

Crews extinguish the flames on this plane after it crashed into a park in #LakeWorth this morning. @WPTV@NTSB en route https://t.co/miBIk7d6G7

The FAA said they will investigate and the National Transportation Safety Board will determine the cause of the crash.

"I said a prayer for them in church," said Quince.

NTSB is investigating today’s accident in Lake Worth, FL involving a Cessna 335.

WPTV's Joel Lopez arrived shortly after the accident and posted this tweet.

Small plane crashed into field at John Prince Park. No survivors. Waiting to find out how many people were on board @WPTVpic.twitter.com/fbfd53zxNe

PBSO is asking any witnesses of the crash to reach out to NTSB via email at witness@NTSB.gov or call 202/314-6290.