Why Prime Day is important to Amazon 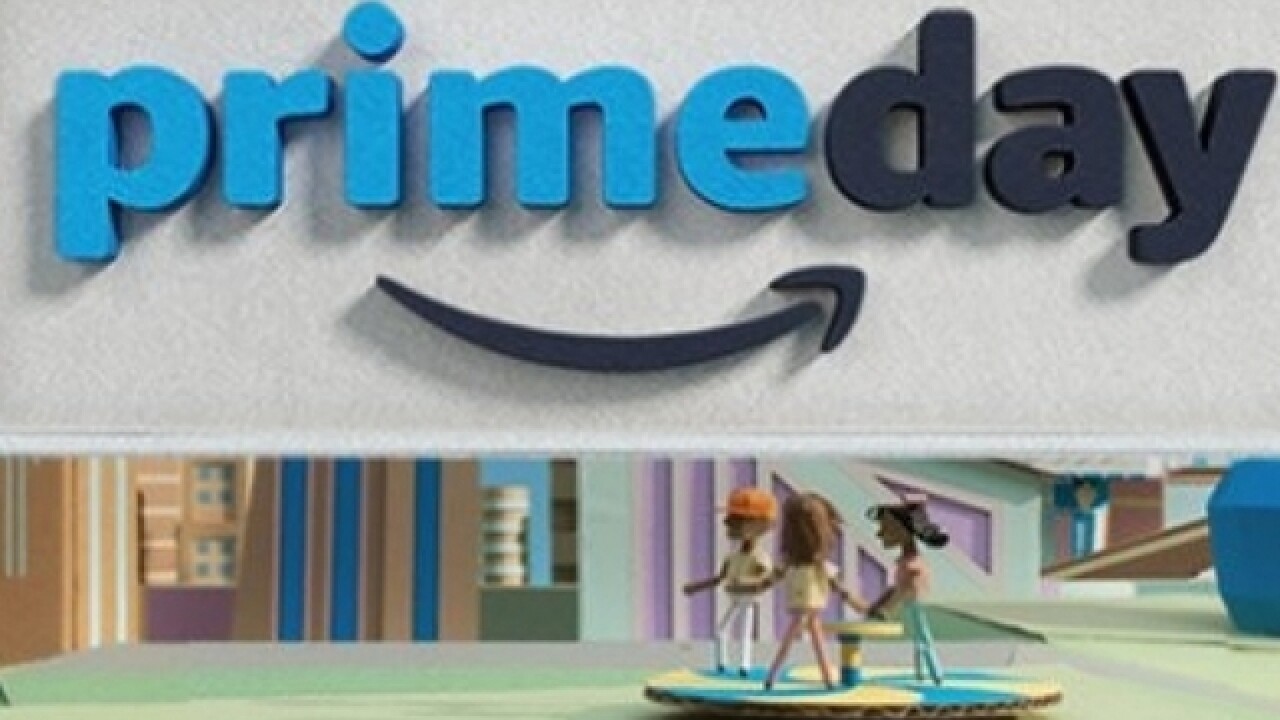 (CNN Money) -- Amazon has successfully invented a new shopping holiday, and it's set to capitalize on the rewards.

The fourth Prime Day (and a half) will begin 3 p.m. ET Monday, extending for 36 hours. The savings event this year is running longer than prior years, available for shoppers in more countries, and Amazon is promising a million deals — the most yet — for Prime members.

It's also the first Prime Day with Whole Foods, Amazon's most expensive acquisition, integrated under the Jeff Bezos umbrella.

Prime Day means far more to Amazon than a one-day annual marketing play. Sure, Amazon gets to flex its muscles over the retail industry and juice sales numbers. But, more importantly, Amazon uses the savings event to spotlight its own products and hook new members on a subscription program that more than 100 million people around the world count as an indispensable part of their shopping lives.

Amazon doesn't disclose revenue from previous Prime Days, but it's predicted to reach $3.4 billion this year, according to retail think tank Coresight Research.

But Monday will be trivial to Amazon's financial picture, noted Michael Pachter, an analyst at Wedbush Securities. Sales are projected to be only six times a normal day, or around 2% of Amazon's annual retail revenue, he said. The company brought in a total of $177.9 billion in sales last year across its retail and web services division.

Prime Day serves a longer-term importance to Amazon by driving new members to its $119 annual free-shipping program and tightening existing customer relationships to the company's ecosystem. More than half of Americans said they lived in a household with Prime, according to a Cowen survey in December.

Prime is the "most critical driver" for Amazon's e-commerce business in the long run, argued Cowen analyst John Blackledge.

Prime has added around 10 million new subscribers a year for the past three years, and Blackledge believes Amazon has even more room to convert non-members who shop on Amazon into loyalists. The Prime model adds monthly and annual fees into Amazon's coffers, and Prime members spend more on the site than shoppers without the subscription.

Members spend $1,400 a year, compared to about $600 a year for non-members, according to market research firm Consumer Intelligence Research Partners.

Amazon tested out its inaugural Prime Day in July of 2015 to celebrate the company's 20th anniversary. It designed the day to replicate Black Friday for Amazon die-hards, but boasted more deals than the November shopping tradition.

Amazon recorded $900 million in sales its first year, according to Coresight. Amazon CFO Brian Olsavsky called it "Christmas in July."

The company decided to bring it back for a second year with more deals. Sales hit $1.5 billion, according to Coresight's estimate.

Prime Day has forced Amazon's rivals to adjust to the frenzy.

"The day creates a short-term urgency," said Barbara Khan, a marketing professor at Wharton who studies retail. "People get engaged just to make a purchase, to take advantage of the deal."

It has become the firing gun for the start of back-to-school shopping, the second busiest shopping time of the year.

"Prime Day has changed the terrain of the summer for retailers," said Adobe Digital Insights director Taylor Schreiner. "Retailers need an effective strategy to address it. The only guaranteed losing play is to ignore it."

It's highlighting discounts on its growing lineup of private label brands such as Stone & Beam, Rivet, Presto!, Wickedly Prime, and Goodthreads.

Despite the heavy promotions, selling its own products on Prime Day should help the company's profit margins because it can cut out first and third-party sellers.

Whole Foods will be the biggest change to the 2018 show.

Amazon is offering Prime members a $10 credit when they spend $10 or more at Whole Foods between July 11 through 17. Whole Foods is also offering deals on grocery items like boneless chicken breasts, and doubling the cash back bonus to 10% from 5% for Amazon Prime Rewards Visa card holders.

"This year seems a bit more ambitious, as they have fully integrated Whole Foods into the mix," said Wedbush's Pachter.

Monday will be the biggest opportunity yet for Amazon to lock more Whole Foods shoppers into Prime members.