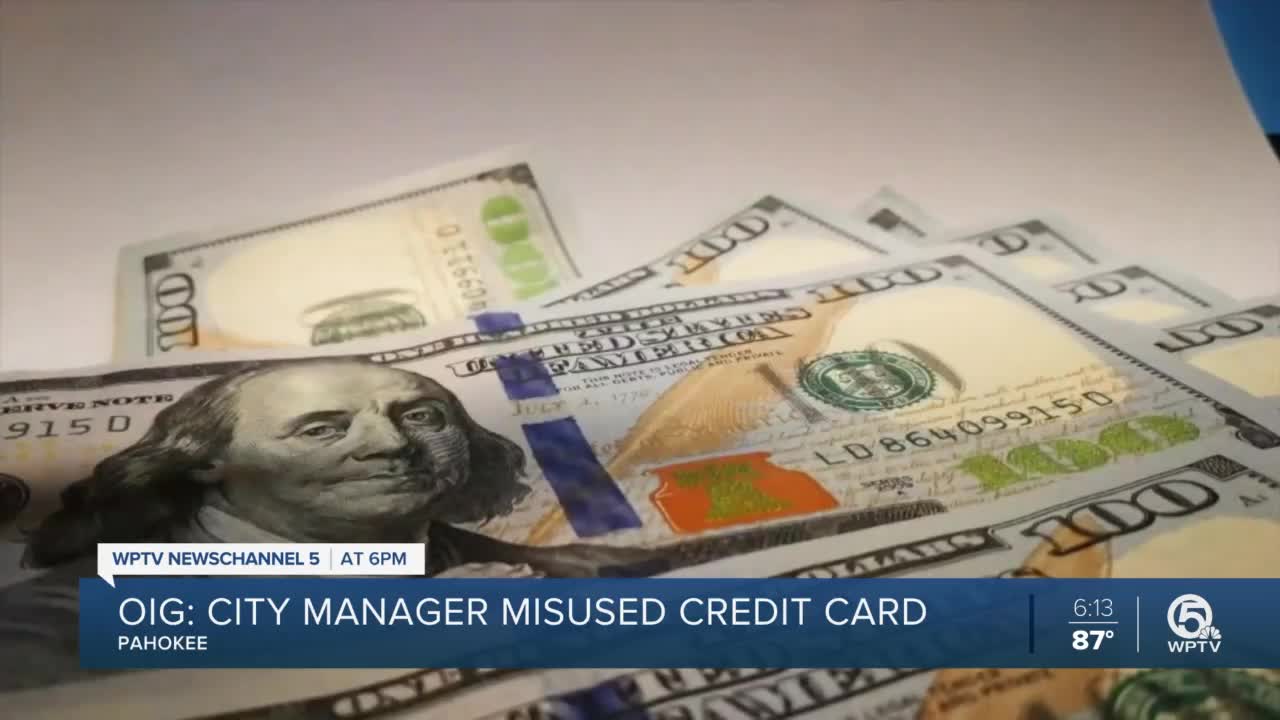 An investigation by the Palm Beach County Office of Inspector General said Pahokee City Manager Chandler Williamson misused a city-issued purchase card to the tune of just over $5,800. 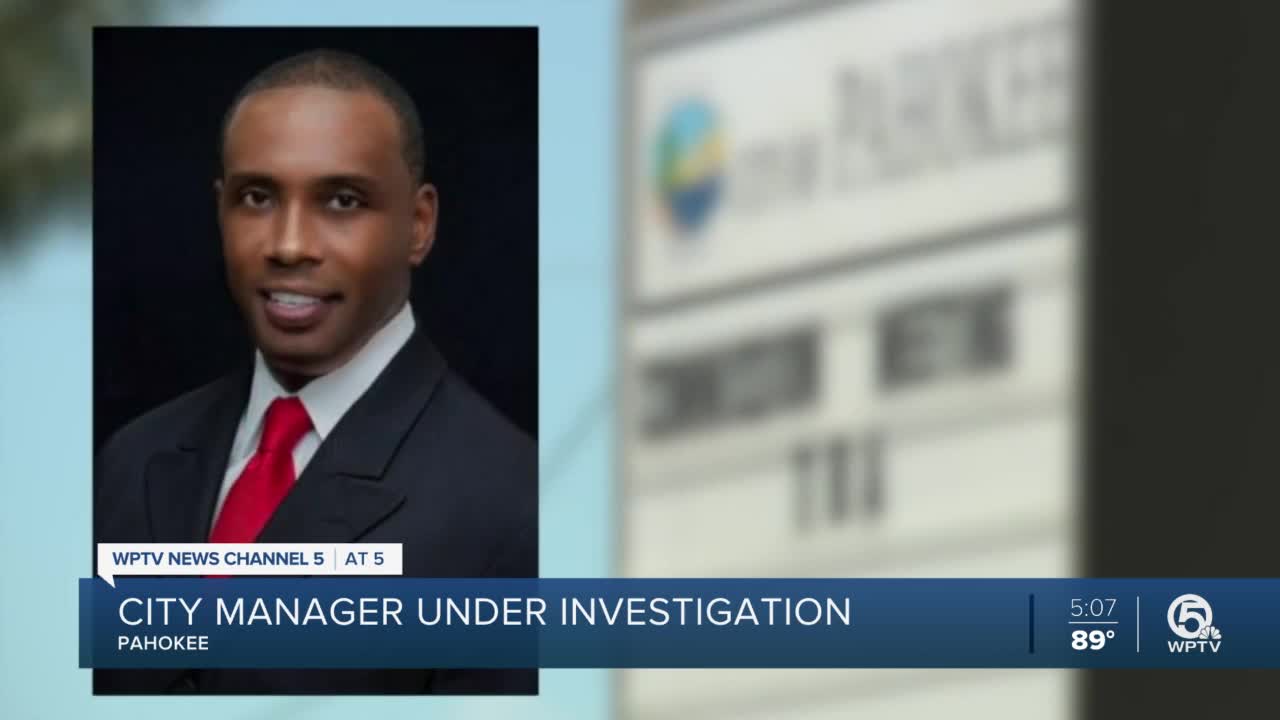 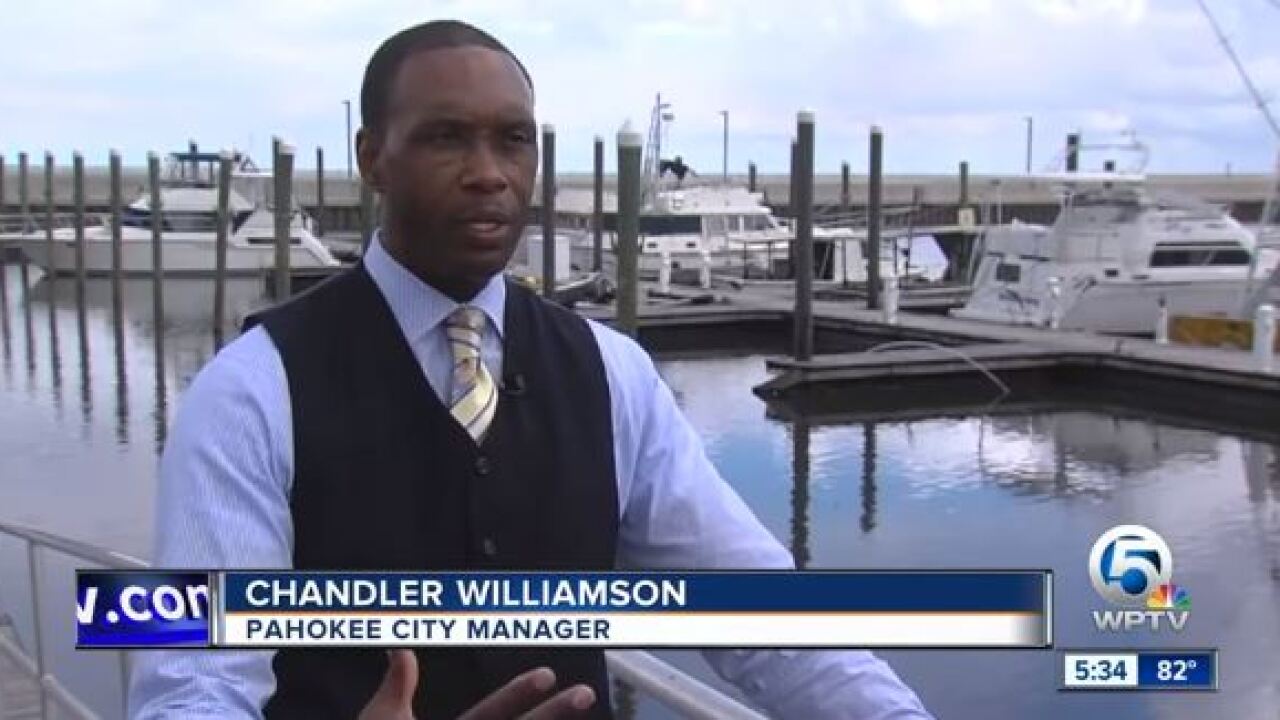 PAHOKEE, Fla. — An investigation by the Palm Beach County Office of Inspector General said Pahokee City Manager Chandler Williamson misused a city-issued purchase card to the tune of just over $5,800.

The report said its findings were referred to the State Attorney's Office for review of potential criminal charges. The OIG also said it has forwarded the investigation to the Palm Beach County Commission on Ethics.

WPTV NewsChannel 5 made multiple efforts to reach Williamson for a statement or comment, and has not received a response.

According to the report, Williamson's use of a city credit card totaled $5,840.92 between June of 2015 and May of 2019, which the OIG said Williamson should reimburse to the city.

Pahokee City Commissioner Regina Bohlen agreed with the findings and also called for Williamson to reimburse the city.

In an interview with WPTV, Bohlen said Williamson should pay "a lump sum right away."

"If I was him I'd be writing the check today," noted Bohlen.

The investigation also found an additional $15,941.08, which lacked "sufficient documentation to justify an expense."

Bohlen told WPTV she thinks Williamson should be terminated.

"We pay way too much money for our little city not to have someone who knows what they're doing," Bohlen said.

Among the spending, the investigation found Williamson repeatedly used his city credit card to attend homecoming at his alma mater, Benedict College. Williamson spent $4,505.44 to attending homecoming four times between 2015 - 2018, according to the report.

When asked about the trips, the report says Williamson claimed he had been invited as a "forum speaker" for multiple years, though he "was not aware of any advertisements or agendas that list him as forum speaker." Williamson also told the OIG he used the trips for "recruiting," though he did not recruit anyone to work for the city on these trips.

"The city manager needs to follow the same city policies and procedures that all city employees have to follow," Carey told WPTV.

The Inspector General also found Williamson used the city credit card to rent a car four times with no official business while in Atlanta.

It's the third time in less than 18 months the OIG has released an investigative report related to Pahokee and the city manager.

In February, WPTV reported the IG reviewed the handling of contracts and spending practices inside City Hall and found Manager Chandler Williamson violated a state grant agreement, which led to a $125,000 loss for the city.

Days later, the City Commission voted 4-1 in favor of giving Williamson a new contact with a $9,000 raise.

In May 2019, the OIG issued a report saying Williamson broke city rules on holiday schedule and bonus pay.

That 2019 report found evidence to support allegations that in 2017, Williamson closed City Hall and gave city workers paid vacation without prior approval from the Pahokee City Council. It also found that Williamson "inappropriately awarded bonuses to city full-time and part-time employees and interns in December 2016 and December 2017."