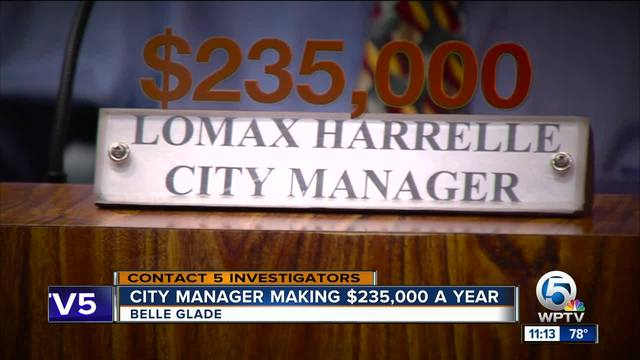 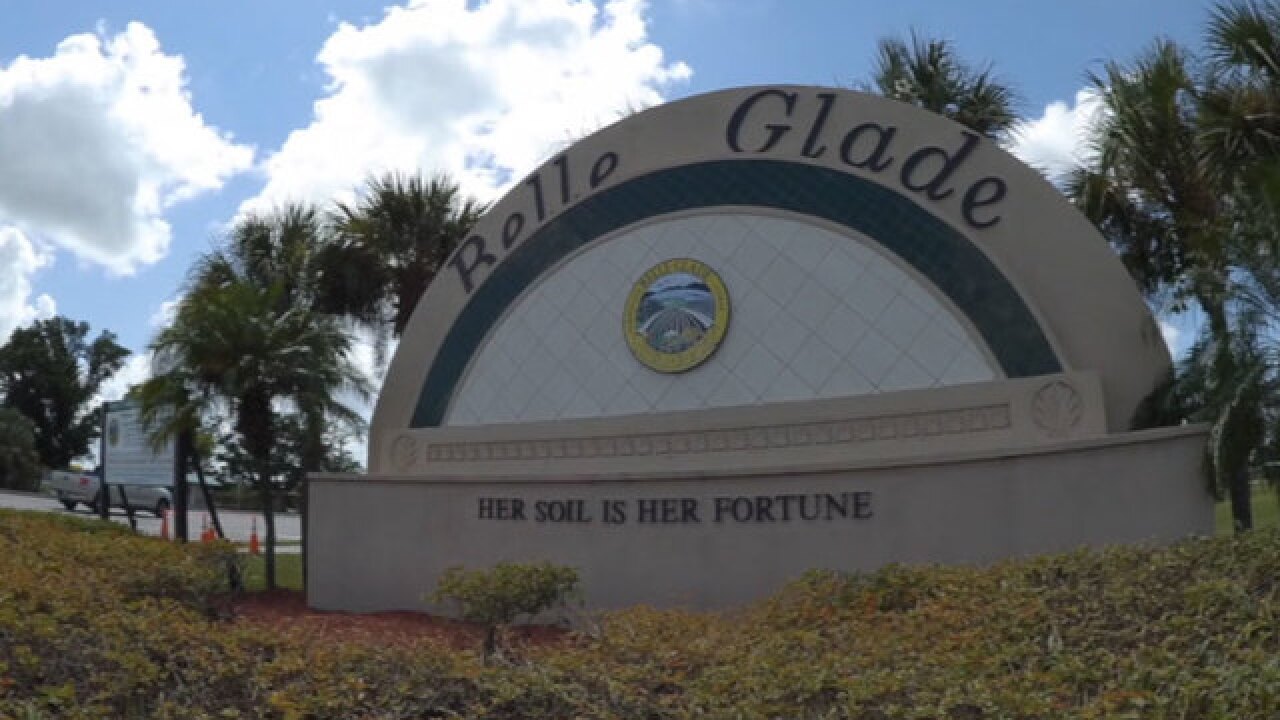 On a hot summer’s day, Hubert Sterling paints posts in Belle Glade for $10 an hour.

“We have to work hard to make ends meet and it’s rough,” Sterling said.

“It’s better to work than to sit home,” Sterling said. “I like that.”

“It’s too much money,” Sterling said.

Contact 5 asked Harrelle directly if he thinks his salary is justified.

“The salary that I’m making is determined by the city commission,” Harrelle said. “It’s their decision.”

But while Boca Raton has a budget of $168 million, Harrelle has to deal with a budget of just $10.3 million.

“We have a great city manager, and that’s all I’m going to say,” said Vice Mayor Mary Ross Wilkerson.

Mayor Steve Wilson said he stands by the city manager and his salary.

“We were struggling,” Wilson said. “We had many problems. But look at us now. We’re getting a lot of things done in this community because of him.”

Harrelle’s compensation jumped $135,000 in 10 years and his vacation time more than doubled to 50 days a year.

Belle Glade residents like Sterling are paying for that salary.

“We have to work to survive,” Sterling said.

How much is your city manager making? Mouse over the salaries below for details including city population.