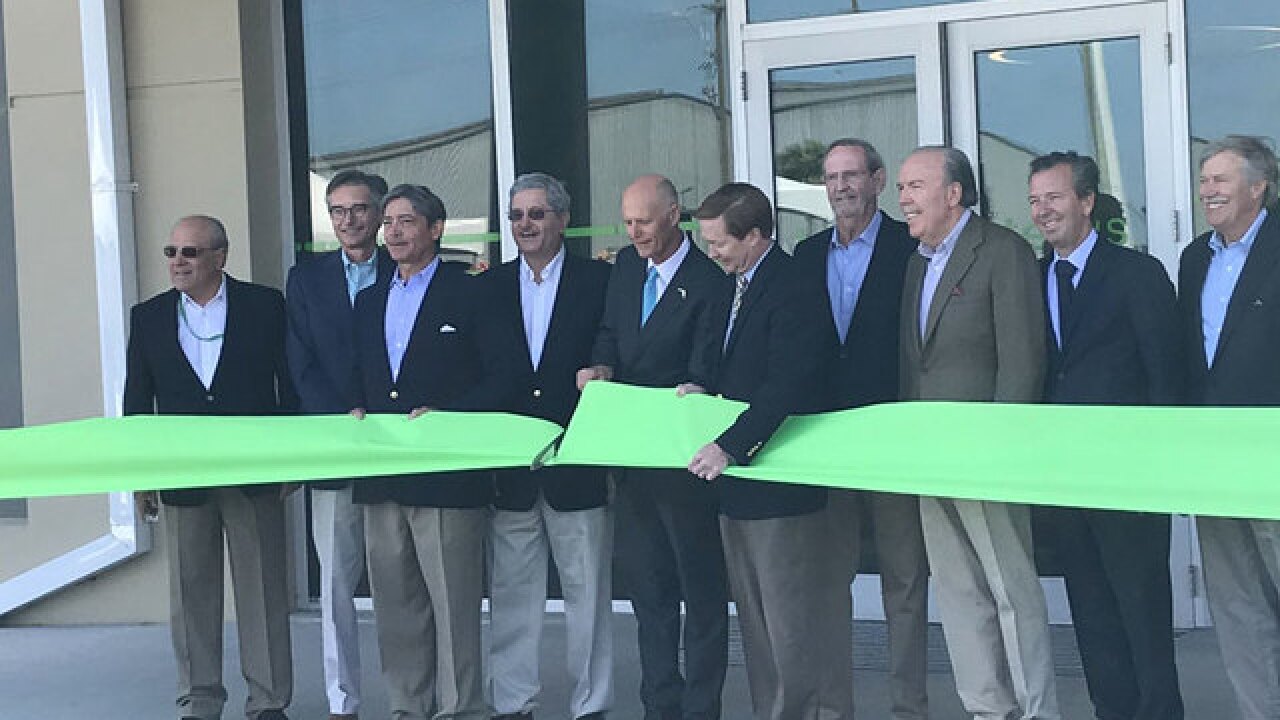 Florida Gov. Rick Scott and Agriculture Commissioner Adam Putnam were on hand in Belle Glade on Tuesday to celebrate the launch of a new company called Tellus.

Tellus describes itself as a sugarcane-based sustainable packaging company, with a state-of-the-art $75 million facility in Belle Glade.

Tellus leaders say they will invest more than $100 million by the full build-out of the facility. The company has created 50 new jobs and anticipates creating at least 50 more.

About 90 percent of the workforce was hired locally so far.

Tellus hopes its all natural, plant fiber products will replace items made from styrofoam and other materials. They say the material will compost back to soil in about 90 days.

Cutting the ribbon at Tellus in Belle Glade. @FLGovScott says the new company has created 50 jobs already, will bring more in time. @WPTVpic.twitter.com/zBDUy9xb56