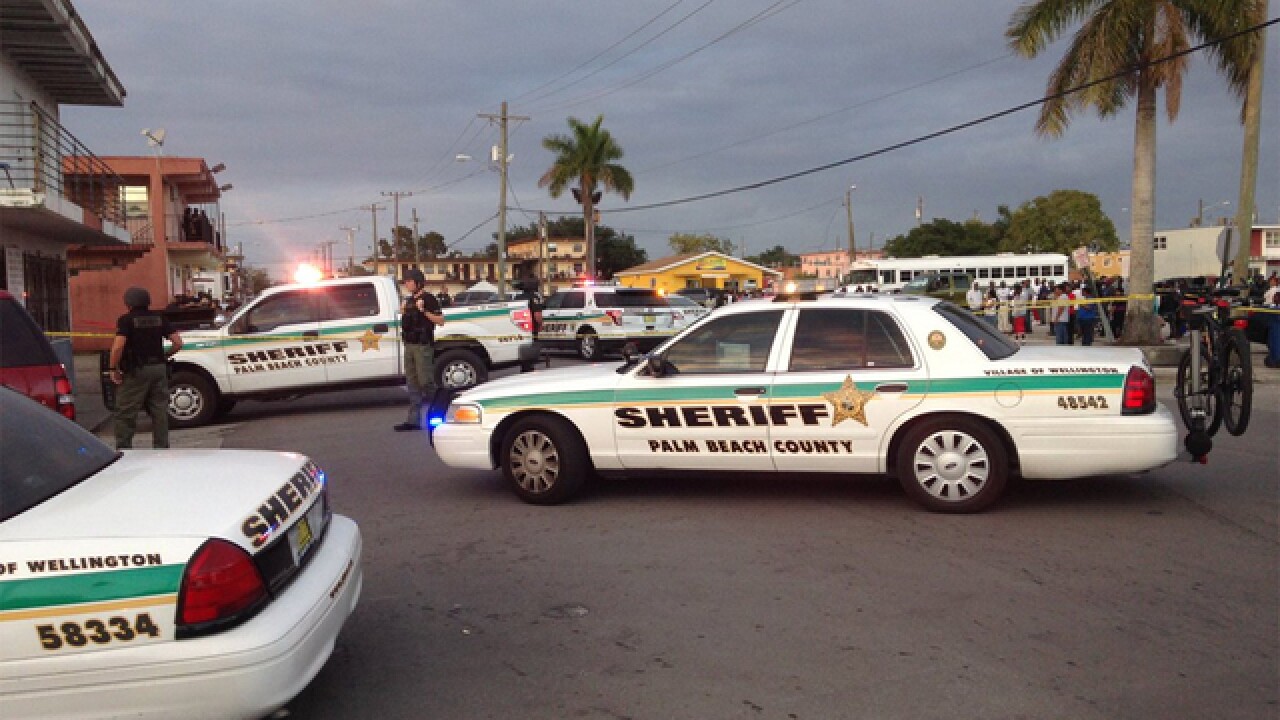 Deputies searched the area immediately after the shooting using dozens of patrol cars and searching from the sky by helicopter, but found nothing.

At this point detectives have no suspects or motive for the shooting and the identities of the two young men who were killed have not been released.

NewsChannel 5 spoke with a nurse who asked not to be identified.  She says she lives near the scene of the shooting and tried to help the victims.

The red sedan was riddled with bullets. The two young men were still inside.

"So I ran around and I ran to the car and looked inside the car. I saw one of them leaned over and the other, he did move a little bit so I ran back home to get my gloves (because) they were shot up everywhere. By the time I got back over there the police were there. They're holding their guns and stuff and I'm asking them, 'See if they have a pulse? See if they're still alive?' I begged and I pleaded to just let me check a pulse. 'Please let me do CPR' and one of the police, he did have compassion enough to let me feel for pulses," said the nurse.

It was too late though. Both men were dead.

"I just came back home and just cried. It's just sad they're just killing each other," she said.