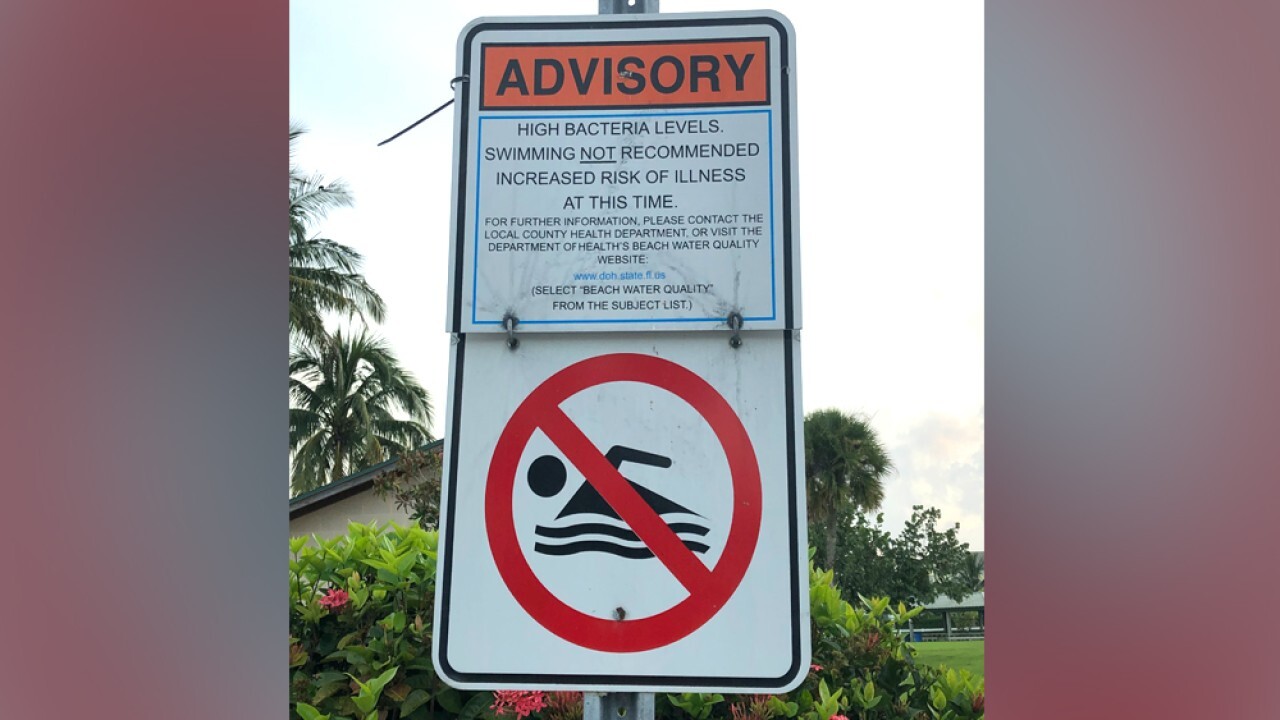 A swimming advisory is in effect for South Beach Causeway on South Hutchinson Island.

Health officials said water samples found higher than normal levels of enteric bacteria. The health department said enteric bacteria is in the intestinal tract of humans and animals and could come from storm water runoff, pets, wildlife and human sewage.

Officials said swimming is not recommended due to the increased chance of illness.

A swimming advisory issued on August 8, 2019 remains in effect for River Park Marina and Veterans Park on the North Fork of the St. Lucie River following new sample results confirming higher than normal levels of enteric bacteria, according to the health department.

The swimming advisory for Jaycee Park on South Hutchinson Island has been lifted.